A top Malaysia Airlines executive is urging relatives of those lost aboard MH370 to be patient as the carrier works to pay compensation and battles to rebuild its reputation.

Speaking to The New Zealand Herald today, the airline's commercial director, Hugh Dunleavy said that it was waiting for the aircraft to be officially declared lost after going missing in March with 239 people on board. It is thought to have flown into the Indian Ocean off the coast of Western Australia.

He has been in New Zealand for the past four days and is the highest ranking official here to comment on the disaster, and the other that hit the airline four months later when another Boeing 777 was shot down over Ukraine.

The Australian and Malaysian governments were working together to set a date to formally announce the loss of MH370 and that was likely to be set by the end of the year.

"We don't have a final date but once we've had an official loss recorded we can work with the next of kin on the full compensation payments for those families." 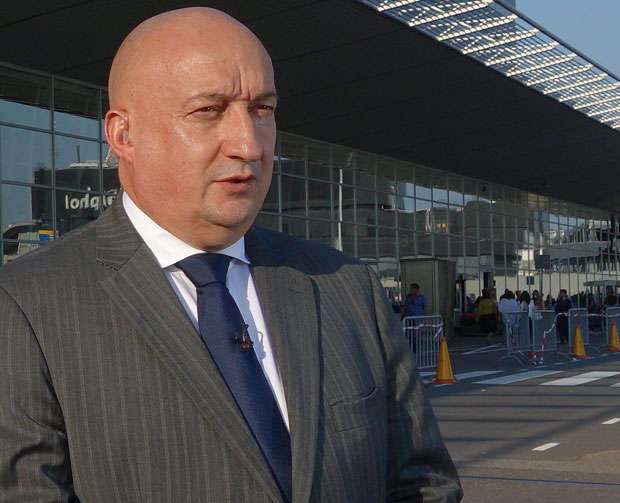 The airline and the Malaysian government have been widely criticised for their handling of MH370, coming under attack from China where two thirds of the passengers came from and among other relatives, including New Zealand woman Danica Weeks whose husband Paul was aboard the plane.

She has rejected an initial offer of $64,000 and started a relatives' group to fight the airline.

Dunleavy said the Montreal Convention had set the ceiling on compensation at around US$175,000 although passengers could take legal action to pursue higher payments.

"We will ensure we do compensate them for the loss of their loved ones through our insurers," he said.

Authors hit back at airline

Sonar search for MH370 to resume He said the airline had learned lessons from its handling of the disaster.

"Could we have done things better at times? I'm sure we're always learning from situations but the motivation and drive has been to look after the next of kin and to make sure we minimise as best we can distress related to any monetary issues."

"We are trying to hurry (compensation)it up as much as we can but some of these things are outside the scope of the airline itself. If they're not happy with the compensation then they seek legal advice and move ahead, then once they come in our people will assess them and respond."

Paying out relatives of those killed aboard MH17 over the Ukraine was more straightforward.

"We know exactly what happened with that aircraft and we can move ahead with the full compensation of family members aboard that aircraft," Dunleavy said at the end of his visit which included meetings with travel agents and the tourism bodies.

"We won't know what happened until we located the aircraft wreckage.

"Do we absolutely regret what happened? Of course we do and I think that has been made clear on a number of occasions."

He said although it was hard to know exactly what happened, he was confident that crew vetting and training had nothing to do with it.

"All of the crew on MH370 have been investigated by the various security agencies and as far as I'm aware nothing has turned up that is untoward. We do not believe it is anything to do with how we process or recruit staff, in fact those on board the aircraft had been with us for many years. We believe there was nothing related to the crew but we will not know 100 per cent until we have access to the black box."

The airline, which had been struggling for several years before the two disasters, is now on the brink of being fully nationalised, giving it essential government backing to keep flying.

Passenger numbers were about 20 per cent down on what they had been before the disasters. Loads to New Zealand remained strong and the airline remained fully committed to this region.

Dunleavy said a decision had not been made on rebranding the airline but his personal view was that there would not be a major overhaul.

"We've taken two hits this year but it is a strong brand, morale is good and we will stick with Malaysia Airlines," he said.

"We still have nearly 40,000 people a day travelling on Malaysia Airlines - people can travel with us with confidence'."

It was working with international aviation authorities to install more sophisticated aircraft tracking technology across its fleet.

The Jarden team crunches the numbers on the global market.
BUSINESS

'Under pressure': Hospitality sector braces for end of wage subsidy

'I don't think a lot of businesses will be able to survive without some form of support.'
BUSINESS