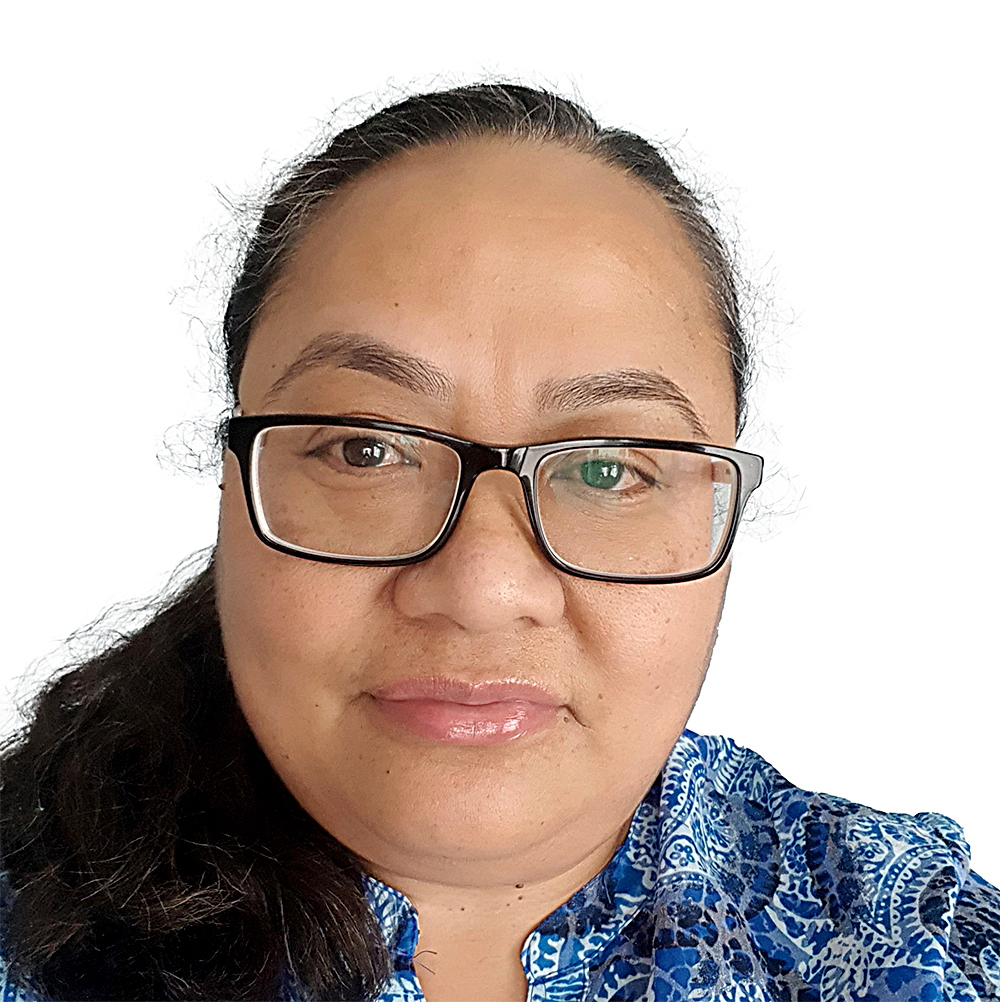 I have a love-hate relationship with Rotuman, my mother language.

I was born in Suva, Fiji, but spent my formative years in Rotuma where, my mother says, I spoke Rotuman with fluency. Around the age of 4, I returned to Suva to prepare for primary school where it was acceptable practice then for teachers to hit and humiliate children if they spoke their mother language in school. Compounding that was the tendency of most Rotumans to laugh at other people's mistakes.

Thus began the hate in this relationship that has spanned more than four decades and across two countries.

Don't get me wrong, I love the spoken word and I speak Rotuman when I can. The hymns and songs always transport me back to carefree days; the long, drawn-out conversations in Rotuman with my mother are food for the soul; a well-delivered sermon on a Sunday is enough to sustain me spiritually and linguistically.

I just hate the macrons, diacritics and accents. I've gotten over the harsh lessons learned in Fiji; no need for therapy there. Instead, my biggest hurdle in this relationship with my mother tongue will be trying to temper my frustration and impatience with the written word.

The Rotuman language is celebrated one week in May every year in New Zealand. This year it will be on May 8-14 and the theme is sustainability, a long overdue one in my opinion. The Rotuman language is a melting pot of words borrowed from the Samoan, Tongan, Fijian and English languages. According to Stats NZ, only 22.3 per cent of the Rotuman population of 981 speak two languages. The rest – 63 per cent or 618 Rotumans – speak only English.

Unesco's Atlas of the World's Languages in Danger 2010 third edition lists the Rotuman and Rarotongan languages as "vulnerable", Niuean and Tuvaluan "in danger" and Tokelauan as "severely endangered" of being lost because of the dwindling number of speakers.

"Languages are vehicles of our cultures, collective memory and values," it adds. "They are an essential component of our identities, and a building block of our diversity and living heritage."

Where in the world is Rotuma

Rotuma is a collection of small volcanic islands 640km northwest of Suva. It was ceded to Great Britain in 1881 by seven island chiefs after a war broke out between French priests and white Christian missionaries. When Fiji became independent from Britain in October 1970, Rotuma was placed under its authority.

In a nautical sense, Rotuma is closer in distance to Wallis and Futuna (557km) and Tuvalu (603km) than Suva. Since Fiji's independence, there have been suggestions for self-autonomy but the island's geographical isolation, small mass and absence of strong products and services to maintain a small economy have all but killed the idea.

Methodism is the dominant Christian religion on the island. Ahąu is the main centre where government business and services are transacted. The island is relatively untouched by tourism because of the lack of accommodation, expensive airfares (it costs NZ$313 to fly one way from Suva to Rotuma) and somewhat unreliable shipping links. However, many of the Rotuman diaspora make the trip back to the island regularly over Christmas in large community or extended family groups.

In the 2017 Fiji Census, 1594 Rotumans were living on the island and more than 8400 were scattered around Fiji.

The first Rotuman Language Week, in its current form as a nationwide celebration funded by the Ministry for Pacific Peoples, was held in 2020 after several years of lobbying.

In 2019, the ARFGI complained to the NZ Human Rights Commission about MPP's discriminatory support of selective Pacific languages, which excluded the Rotuman language. Last year the NZRF hosted a huge celebration in Auckland where the minister, Aupito William Sio, was chief guest.

The Centre for Pacific Languages does a wonderful job of revitalising Pacific languages spoken in New Zealand through resource material, translation services, cultural competency workshops for businesses and free online classes in seven languages including Rotuman.

One Rotuman participant shared that after graduating from a class, dinner time at home morphed into a language lesson where conversation, however hesitant, was conducted only in Rotuman. The end result, she shared, was a family growing in confidence in their mother language and keen to learn more about their culture.

As a mother of two teenagers of Rotuman and Tongan heritage who are learning French and Japanese at high school, the centre-run programmes for families like mine who are multi-cultural and don't live in Auckland are heaven-sent.

This year, Rotuman Language Week will be celebrated in Auckland, Wellington and Christchurch. None of the groups has openly stated what they will do, but there are usually online programmes that anyone around New Zealand can join such as storytelling, making fekei (Rotuman dessert) and discussions around topical issues.

I've never attended a language week celebration but I've watched online sessions of storytelling - my favourite - listened in to the debates and clicked on videos of Rotumans introducing themselves in their language.

But like all language week celebrations, the hype dies down and very little is heard of until the following year. In the spirit of sustainability, there has to be more beyond May 14.

As for that love-hate relationship, well, the jury is still out.

• The writer is a contractor with New Zealand Herald. She comes from Losa and Savlei on her maternal side and Malha'a on her paternal side.
;

Budget 2022: Does it address pressing issues for Pasifika communities?

'You can't budget your way out of poverty'

Brain gain: How AI is going to change your life