Spark has added another key asset to its growing sports portfolio with the exclusive rights to the English Premier League for 3 years from August 2019 - so what does it mean for football fans and the wider sport-loving public. 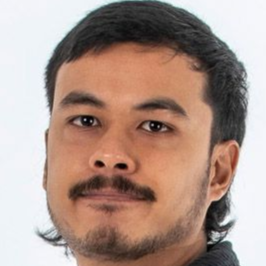 Joel Kulasingham is a sports reporter for NZME

Spark announced yesterday that it had secured the exclusive rights to the English Premier League for three years.

The telco company also confirmed that its newly acquired sports content will be released as part of a new sports streaming service, with the potential to revolutionise the way Kiwis watch live sport.

Can Spark become a genuine alternative to Sky Sport? And what will this mean for sports fans?

Spark will launch a sports streaming service early in 2019

Spark's newly announced head of sport Jeff Latch, previously director of content at TVNZ, says the Premier League and their other sports acquisitions will be part of a sports streaming service which will be different to Sky's Fan Pass.

Latch says the streaming service will include a "bundle of content", with more sports set to be announced in the next few weeks and months. He confirmed that Spark are interested in providing both international and local sports.

It is worth noting that Sky announced today that they have secured the exclusive broadcasting rights for the UEFA Champions League and UEFA Europa League for the next three years.

2019 Rugby World Cup
• Live streamed or on-demand coverage of the 2019 RWC.
• The service will be accessible to customers of all New Zealand broadband and mobile providers, not just Spark.
• Packages will include a tournament pass and individual match passes.
• The deal means only seven matches will be screened live on TVNZ free-to-air

2021 Women's Rugby World Cup and 2019 World Rugby U20 Championships
• Specific details have yet to be released.

Spark are looking to capitalise on the streaming revolution

The loss of the Premier League rights is yet another blow to Sky TV – who have, in the past, held a monopoly on sports rights in New Zealand for years – even though the rights are currently held by BeIN sports, who only uses Sky's platform to deliver the coverage.

But it is likely that many football fans, a particularly passionate group, only subscribe to Sky for its Premier League coverage, which is provided on its familiar and reliable platform.

Linear and traditional television is still Sky TV's bread and butter, while they have been slow to adapt to the public's changing consumption habits. Spark are now looking to fully capitalise on the streaming space.

The report showed a general decline in linear television consumption, while online video and subscription video on demand services (such as Netflix and Lightbox) have shown significant growth.

"We are setting out to transform the way sport is distributed and viewed in New Zealand – in the same way general entertainment viewing has been transformed by the likes of Lightbox, Netflix and YouTube," Spark managing director Simon Moutter said.

What we don't know

Pricing for the streaming packages have yet to be officially released and will be a big factor in the public's willingness to try what is still a fairly new way of watching live sport.

Newsroom reports that Spark is likely to price the streaming service at a similar price point to the cost of a Netflix or Lightbox (Spark's TV and entertainment SVOD service) subscription, which will be around $13 a month.

A big concern among sports fans will be the cost of potentially having to pay for several different services in order to keep up with the range of different live sports. It will be something else that fans will have to come to terms with, a completely different prospect to when Sky was a one-stop-shop for sports fans a few years ago.

Meanwhile, Sky significantly cut the cost of its Sky Basic package earlier this year, allowing sports fans to subscribe to Sky Sport for less than $55 a month.

The front page of tomorrow's The Daily Telegraph #WorldCup pic.twitter.com/1iFT8O7Fyy

Last month's FIFA World Cup was a nightmare for Australian telco Optus – who had the rights to the tournament in Australia – after World Cup games were constantly disrupted by frozen screens, buffering, service interruptions and error messages, causing an outpouring of outraged fans on social media.

It raised potential concerns for Kiwi rugby fans over next year's Rugby World Cup, and Spark's ability to provide a seamless product.

While admitting the Optus debacle provided a good learning opportunity, Spark remained confident in their ability to deliver the streaming service.

"We're technology experts on this stuff and we've got plenty of practice with streaming," Moutter said at the time.

"Remember we were streaming EPL several years ago and we're the owners and managers of Lightbox. So we have very clear experience with streaming."

Spark has had a history with streaming sports, having partnered with Coliseum Sports Media who held the Premier League rights between 2013 and 2016, which was released to New Zealanders as Premier League Pass. They also launched Lightbox in 2014.

The Premier League will also provide an invaluable testing ground for Spark weeks before the Rugby World Cup, and will provide an opportunity for Spark to familiarise its audiences with the new streaming platform.

'It's tough': NZ Rugby board member speaks out on Ian Foster decision

D'Arcy Waldegrave: Foster's brutal examination will be the making of him