Mr Key says Japan is "the linchpin" in the 12-country TPP trade and investment negotiations.

"America will be reluctant to move without Japan and Japan has the most work to do domestically," Mr Key told the Herald.

The meeting will be on the sidelines of Apec, hosted this year by China - only 12 of the 21 economies are part of TPP.

The meeting is scheduled in advance of the first Apec leaders' dinner at the Beijing Water Cube, where 25 world swimming records were broken during the 2008 Olympics.

Time is running out for Mr Obama to get a decent enough deal to put to the US Congress, with perhaps nine months maximum before the summer break, after which the focus will turn to the 2016 presidential elections.

Mr Obama was scheduled to arrive in Beijing last night.

"He'll be into legacy mode and TPP is an important part of that legacy for him," Mr Key said.

"I think he will work very hard to see if we can try and button down a deal, then encourage the Republicans to push it through after Christmas."

Groser has big concerns about dairy in TPP Shinzo Abe and his wife Akie wave as they board a plane before leaving for Beijing. photo / AP

The Republicans' domination of the Senate now as well as the House is thought to increase the chances of getting a finalised Trans Pacific Partnership deal through the Congress - but only a good deal. The Republicans won't settle for a third-rate agreement.

The challenges are between countries that are philosophically keen to be part of TPP but are facing domestic resistance - and Japan and Canada to a certain degree are in that category - with the reality that unless it is a reasonably high-quality deal, President Obama will never get the majority support to pass it.

Senate majority leader Mitch McConnell, whom Mr Key met in June in Washington, said at a press conference in Kentucky last week that one of the areas the Republicans would work with Mr Obama on was in trade agreements.

"Send us trade agreements," he said. "We're anxious to take a look at them."

Mr Key did not believe China would be offended by the sideline talks - even though it is trying to revive the concept first raised at Apec in 2006 of a Free Trade Area of the Asia Pacific (FTAAP).

"China itself is weighing up whether it might come in to TPP, not necessarily in a deal that would be concluded in 2015," Mr Key said, "but in a second round it may choose to come in." 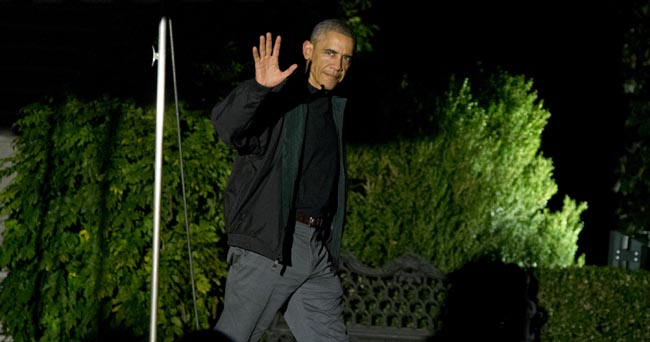 Trade Negotiations Minister Tim Groser and Foreign Minister Murray McCully have been at ministerial meetings in Beijing ahead of the leaders' summit.

Mr Groser said last week that Japan was not putting anything on the table that came close to what New Zealand would view as a reasonable compromise. But officials were now engaged in negotiations virtually fulltime.

Mr Groser said New Zealand fully supported the idea of the FTAAP, which would involve all Apec countries, "but we want to do it right."

It was a matter of sequencing; launching it now would affect the ability to finish the Trans Pacific Partnership pact.

Two years in the job, eight to go, if he follows past practice. High impact domestically with populist denunciation of party officials' excesses and corruption. High impact internationally in asserting China's military might and its role as a regional and global leader in trade and development.

Vladimir Putin
Russia
Just named again as Forbes' most powerful man in the world (and not necessarily in a good way). Will face hostility from Australia and Malaysia over the downing of MH17 by Russian-backed rebels in Ukraine in July, and by the United States and Canada.

Shinzo Abe
Japan
His domestic honeymoon is over. Several funding scandals involving former Cabinet ministers have weakened his popularity and political capital for his economic reform agenda, which included TPP.
Still strong tensions between Japan and China over territorial disputes.

Joko Widodo
Indonesia
His biggest multilateral outing since being sworn in as President three weeks ago - the first Indonesian president who is not from one of the politically elite families or the military. There will be huge interest in him, and his views on Isis, as the leader of the world's biggest Muslim country.

Barack Obama
United States
Won't be limping in despite the thrashing his Democrats got in last week's mid-term elections, because the Republicans are likely to be less trouble for him on TPP -- if Japan plays ball. His first Apec since Honolulu 2011, when he was host.

Tony Abbott
Australia
Only his second Apec (it's John Key's seventh) but Abbott may be more focused on preparations for the G20 he is hosting next weekend in Brisbane, where he has promised to "shirt-front" Putin over the deaths of 38 Australians in MH17 in Ukraine. (It's an Aussie rules term.)

An annual forum where leaders of 21 economies meet to discuss trade, business and anything else of pressing importance such as Ebola, after their officials have spent months meeting beforehand. But the most meaningful discussions are usually on the sidelines or at dinners and lunches.

Why is membership for economies and not countries?
So Taiwan can be included - China does not recognise Taiwan as a sovereign state but as part of China. Hong Kong is separately represented, too.

What does it stand for?
Asia-Pacific Economic Co-operation.

Where is it based?
The secretariat is based in Singapore and former Reserve Bank Governor Alan Bollard is the executive director, but hosting duties are shared around. New Zealand hosted it in 1999 when Jenny Shipley was still Prime Minister.

"We are all struggling to come to terms with what has happened."
NEW ZEALAND

Some 600 Australians will be quarantined on Christmas Island, but no Kiwis will be there.