Donald Trump's lawyers have been filing dozens of patently ridiculous cases since he lost the election. Photo / AP 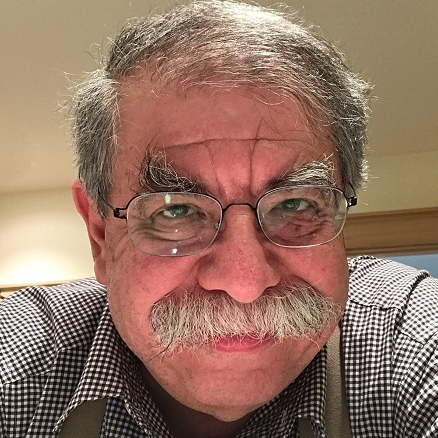 They say it's not over until the fat lady sings. We know Trump's coup attempt is over because yesterday the entire opera house sang. Which is to say, the United States Supreme Court.

As you know, Trump's lawyers have been filing dozens of patently ridiculous cases since he lost the election, claiming the results should be overturned for everything from minor clerical errors to a dark conspiracy involving dead Venezuelan dictator Hugo Chavez. None of these cases have succeeded and one finally reached the Supreme Court yesterday. And the court declined to hear it. Earth to Trump: you're out.

So now the question being increasingly debated here is whether Trump himself should be prosecuted. And whether he will pardon his friends, his family or even himself first. Should the man who endlessly demanded "lock them up" be himself locked up for a variety of alleged crimes? Can he pardon himself legally? No one knows because the Constitution doesn't say you can and it doesn't say you can't. No previous President has had the brass to try.

First, what crimes do people allege Trump may have committed?

• 2 Witness tampering and obstruction of justice. The Mueller Report found 10 instances of possible crimes by Trump to obstruct the investigation and cover up Russian meddling in the election. "While this report does not conclude that the President committed a crime, it also does not exonerate him," the Mueller Report said. Chance of conviction? Hard to know. Trump clearly fired FBI director James Comey and wanted to fire special prosecutor Robert Mueller. But the President has the right to fire both of them and doing so does not in itself prove obstruction.

• 3 Bribery, wire fraud and obstruction of Congress. Trump was impeached (but not removed by the Senate) for withholding military aid from Ukraine in order to allegedly force them to manufacture dirt on the Bidens. Democrats said he then ordered a cover-up of the events by refusing to comply with Congressional subpoenas. Chance of conviction? Low. The US Senate refused to convict him of these charges, although on a near party line vote. Therefore a jury might do the same.

• 4 Emoluments. The constitution specifically forbids our presidents from accepting "emoluments" — payments — from foreign nations. Trump has been receiving money from foreign governments who rent space at his lavish hotels. "Representatives of at least 22 foreign governments appear to have spent money at Trump Organisation properties," an NBC News review found in June 2019. Chance of conviction? Low. This may seem to a jury like petty nonsense. Emoluments are banned by the Constitution, but not by specific criminal law.

• 5 Tax evasion, grand larceny, bank fraud, insurance fraud. The Manhattan District Attorney's office in New York has subpoenaed tax records from Trump. The office described their investigation in court documents as "focused on a number of potential financial crimes, including insurance and bank-related fraud, tax evasion and grand larceny". The DA's office also said they are looking into "possibly extensive and protracted criminal conduct at the Trump Organisation". Chance of conviction? Potentially high. If these documents clearly show Trump committed these alleged criminal activities, it would be hard for Trump to brand it a political witch hunt, as they occurred outside his role as President. And state crimes cannot be pardoned by a President.

Dr Anthony Fauci: Why NZ 'rose to the top' in Covid battle

Dick Brass: No coup for you - how a bunch of billionaires helped save US democracy

Dick Brass: Why it's time to call Trump's bluff

• 6 Miscellaneous stuff. The Washington DC Attorney General is investigating whether the Trump Inauguration Committee misused funds. Ivanka gave unreleased sworn testimony as a witness last week. No one has yet fully accounted for $107 million raised for Trump's inauguration. Did Trump's public attempt to overturn the election this month break any laws? Could he be sued in civil court for his disastrous bungling of our Covid response?

Confused? Me too. So I reached out to an old Cornell professor of mine, Andrew Hacker. Hacker, 91, currently Professor Emeritus at Queens College in NYC, is a celebrated national repository of political wisdom. His most recent book, Downfall, correctly predicted Trump's loss. I asked Hacker what should be done.

"I really hope that the Democrats do not try to prosecute Donald Trump or his children or his son-in-law," Hacker told me yesterday. "I hope they don't. That's what you do in banana republics ... The United States does not go after people after they're out of office."

While former senior Mueller prosecutor Andrew Weissman worries that not prosecuting "would ... set the Presidency de facto above the law", Hacker worries about three unintended results of a Trump prosecution: One, the possible boomerang effect of putting a media savvy figure like Trump on trial. Like Hitler in 1923, who was convicted of treason but won great popular support at his trial. Two, creating even more and possibly violent division within the United States. And three, it would set us on the road to banana republic style retribution. Any prosecution, Hacker says, should be done by local or state governments.

"I simply do not want to see Joseph Biden's DOJ filing federal charges against the former president. Period. It's not good for the United States."

So here we are. You must admit our President can put on a marvellous show.

• Dick Brass was vice-president of Microsoft and Oracle for almost two decades. His firm Dictronics developed the first modern dictionary-based spellcheck and he was an editor at the Daily News, NY.

Whose promised land? A journey into a divided Israel

Watch: 'We want her in our arms' - Cleo Smith's mum pleads with abductor

Unvaccinated four times at risk of serious side effects

Their jobs made them get vaccinated. They refused

'I have to weep for our country': Liz Gunn explains controversial Ardern comments