Whether you’re looking to buy or rent, OneRoof.co.nz has everything you need to find your dream home.
© Copyright 2020
NZME. Publishing Limited
test test test
Hotel cleaning standards gets deep cleanse to calm travellers
28 Apr, 2020 9:22am 4 minutes to read

Alert Level 3 is a step in the right direction but travel lovers are still grounded. While we wait to take off again, be transported to these top destinations - here are the best ways to read, watch, listen and eat your way there.

"The architecture of the castle represents almost every era of the last millennium, having been built over a very long period of time. It includes Romanesque, Gothic and Baroque styles," - Rose McIvor

Kafka is everywhere in Prague. Darkly comic and sometimes unsettling, the city and its history can feel warped by his books. However, if you peer under the surface you'll find stories and mysteries worthy of Dan Brown and romance for the easiest page-turner. The Unbearable Lightness of Being by Milan Kundera (1984): A story about two women, two men, and a dog in 1960s Prague.

The Other City by Michal Ajvaz (1993): Could be titled "In the Shadow of Kafka". Ajvaz's story functions as a surreal guidebook to the city.

Saute onion in bacon fat or oil. Stir in bacon and cook before adding cabbage and caraway seeds. Mix well. Add vinegar, water, salt, sugar, and pepper. Simmer for 40 mins or until soft.

'We would try to catch wild goats': Travel memories from Brokenwood Mysteries star

"We have more than 1000 pubs but they are only for visitors; Dubliners don't really drink, they only go to the bars to keep the tourists company." - Michael Burgess

All right. You can stop carrying around Ulysses, pretending to have read it. Try these more lucid Hibernian books.

The Commitments by Roddy Doyle (1987)

About unemployment and soul music in Dublin's working-class Northside.

The Gathering by Anne Enright (2007)
A family split between Dublin and London gather for the wake of a lost brother.

Dublin 4 by Maeve Binchy (1982)
More modern and perhaps more enjoyable than Joyce's Dubliners -  a rich cross-section of the city.

For a city that loves a good hooley, most songs about Dublin are uncommonly sad. Song is an unpretentious part of city culture. Even local pop star Dermot Kennedy sounds like he's busking on Grafton St. Boxty or "Tattie Farl" The comforting potato pancake is made from these staples.

Boil and mash the potatoes. Mix in the flour, then shallow fry the mixture in butter till golden brown.

Finally cut the cake into quarters or "farls" to serve.

To mark the Centenary of the 1916 Easter Rising, Google built a virtual tour of the heart of Dublin that jumps between revolutionary Ireland and today. dublinrising.withgoogle.com

For all London's pretence as a modern cosmopolis, in books it somehow never escapes the fog conjured up by Dickens and Conan Doyle. 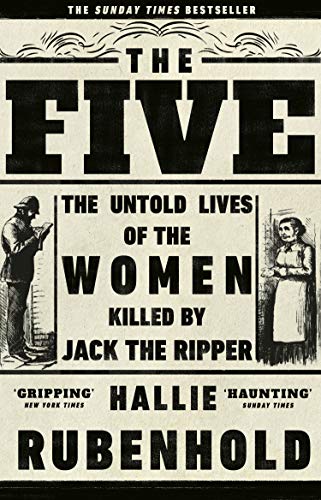 The Untold Lives of Jack the Ripper's Women by Hallie Rubenhold (2019)
The historian shows a rarely told side through the five famous Victorian murder victims.

The Buddha of Suburbia by Hanif Kureishi (1993): A story of split life between the city and London's commuter belt, bathed in 70s rock n' roll.

Guy Ritchie's Cockney slick London gangster flick is as full of characters as the capital itself.

The surreal opening from a deserted Southbank is still spellbinding. Careful what you wish for, London.

From Abbey Road to the grimy East End, London's been an inspiration to musicians the world over. The Kinks capture a feeling of finding a place in a city of 10 million, as does "George the Poet" Mpanga for a more up-to-date take. Get a 360 city view over from the London EYE Ferris wheel and beyond. 360.visitlondon.com

Get a behind-the-scenes look at Buckingham Palace. royal.uk/virtual-tours-buckingham-palace

For some cultural immersion, visit the English National Theatre for their live programme. youtube.com/user/ntdiscovertheatre

"San Francisco is my kind of town . . . despite the hills" - Jude Dobson
"There's no better way to make the blood flow than cycling across the Golden Gate Bridge."- Kris Shannon

San Francisco's City Lights Bookstore has inspired almost as many books as it stocks, and was a second home to the beatniks Allen Ginsberg and Jack Kerouac. Here's our pick from the shelves. The Maltese Falcon by Dashiell Hammett (1929): A moody description of foggy, 1920s San Francisco was almost made for film-noir adaptation.

Uncanny Valley by Anna Wiener (2020): It's impossible to escape the distorting influence of the Silicon Valley, home to the wealthiest companies on the planet.

The Last Black Man in San Francisco (2019): A San Franciscan moves back into his family's old neighbourhood. At least, it might be this one.

The Rock (1996): Before saving the city Sean Connery has one question: "How did Alcatraz become a tourist attraction?"

If you're going to . . . aforementioned city, be sure to be playing this music in your ears.

Cioppino - A Mediterranean broth that found a home in the city's Fisherman's Wharf.

Add seafood, the more assorted the better, and 4 cups of fish stock and 1 cup of white wine.

Season with chilli and a bay leaf.

Serve with a big glass of Napa wine and a crust of Frisco sourdough bread.

Golden Gate Park turns 150 this year but celebrations are, understandably, on hold. Instead, the website has a whole host of virtual experiences, including concerts, webcams, tours and videos. goldengatepark150.com

"The Metro is functional and fabulous, the stations almost outdoing the city sights," - Courtney Whitaker

Master and Margarita by Mikhail Bulgakov (1966):

The Devil himself runs amok in 1930s Moscow.

Nothing is True and Everything is Possible by Peter Pomerantsev (2014): A UK-born Pomerantsev discovers the cultural challenges of making  reality TV in Russia.

A subversive tour of Moscow's musical history - smuggled under the noses of Soviet censors.

Skbidi - Little Big (2018): It might sound like a siren but Skibidi is the song you need right now. A Russian pop phenomenon to tide you through lockdown.

Borscht: The red beetroot soup is the lifeblood of western Russia.

Roughly slice 1 onion and fry in a deep saucepan

Cover with either vegetable or beef stock.

When vegetables are soft, and soup is deep red, add lemon juice and fresh dill.

Top with sour cream and serve with white bread.

Optional - add meat trimmings, of either beef or bacon for a richer soup.

Moscow Underground: a virtual tour of the Moscow metro.
metro360.ru

"An Egyptian man sweeps donkey poo into a dustpan, while humming a surprisingly lively tune for the task at hand…" - Juliette Sivertsen.

The Rose City plays a starring role as the temple housing the Holy Grail.

Chis Chistensen on his impressions of Jordan and swimming in the Dead Sea.

Trek through Petra from home with Google's Street View tour of the stone city. google.com/maps/about/behind-the-scenes/streetview/treks/petra/

Miles Hurrell: Whipping the cream back into Fonterra

New CEO hopes he's provided "a bit of clarity" for Fonterra on its turnaround mission.
ENTERTAINMENT

Karl Puschmann: To Quibi or not Quibi, that is the question

A look at the streaming service that has celebrities, award-winning shows and no viewers.