Whether you’re looking to buy or rent, OneRoof.co.nz has everything you need to find your dream home.
© Copyright 2020
NZME. Publishing Limited
The year you get sorted
18 Jan, 2015 7:05am 10 minutes to read

Coromandel's mayor is urging people to share their views on plans for a subdivision next to world-renowned New Chum Beach.

Thames-Coromandel District Council is giving the public a month to make submissions on an application for a four-lot subdivision on privately-owned land behind the beach, as well as a fifth "beach lot".

It is the latest bid for development near the beach, which is accessible only by walking across a headland from nearby Whangapoua and has been ranked among the most beautiful on the planet.

When development was first proposed five years ago, the plans met a fierce backlash from thousands of beachgoers, among them TV host Phil Keoghan, rugby star Richard Kahui and actress Robyn Malcolm.

The new application relates to a 60.7ha lot Ross and Deidre Mear jointly own with businessman George Kerr, and is separate from a development application made last year by Coastal Land Trust Holdings and which remains on hold.

The Mears, who have owned the land for 12 years, have said the proposed subdivision would not be visible to beachgoers.

The beach lot was proposed as a conservation area, allowing for public access along the beach.

But the plan is expected to be fought by the group Preserve New Chum For Everyone and staunch opponents such as local Green list MP Catherine Delahunty.

"Any subdivision adjacent to the beach will change or compromise the wilderness values forever," she said yesterday. "This is a much-loved place and there will be a strong defence."

But Thames-Coromandel mayor Glenn Leach hoped a middle ground could be found.

Campaign to save beach wins support but no cash

"New Chum is one of those beautiful spots close to Whangapoua and Matarangi.

"People start thinking we can't let this go - but at the same time, the owners have rights, too," he said. 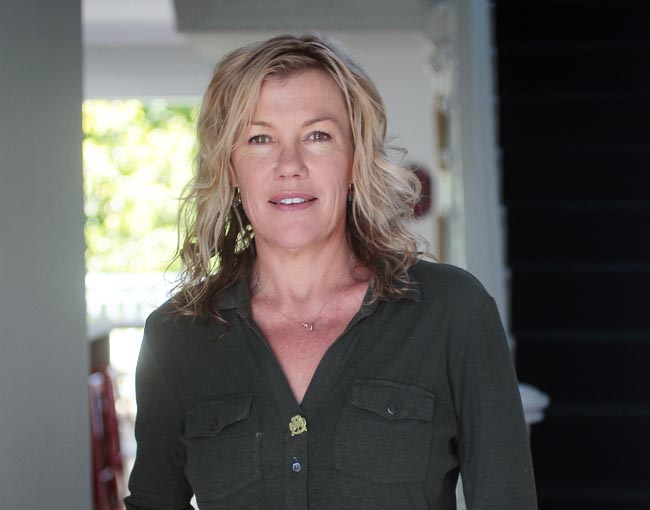 Actress Robyn Malcolm was among critics of the subdivision. Photo / Doug Sherring

"At least people will see [the application] for what it is and make their call ... and if they feel the need to support it or oppose it, they have every right to do so."

People have until February 16 to make submissions on the application, accessible on the council's website.

What's proposed
*A four-lot subdivision on land backing on to the beach, with a fifth "conservation lot" allowing public access along the beach.
*Each 15ha residential lot allows for four house sites up to 236sq m each with garages, and five accessory buildings up to 100sq m.
*Vehicle access would be via an existing farm track running from nearby Te Punga Station.
*Landscape planting would be introduced in some areas to screen building sites and vehicle accessways from the public.

Retirement village resident want to return or get her money back.
PROPERTY

The property has two dwellings with two bedrooms and a bathroom in each.