This time next week, the shape of the next Government will either be known or negotiations will be starting and ministerial positions will be one of the big issues on the table. Political editor Audrey Young looks at some of the options for cabinet.

What would Winston Peters want? That is one of the issues being discussed in the National and Labour camps less than a week before an election in which New Zealand First could hold the balance of power.

But he won't discuss ministerial posts or whether he has a preference for a formal coalition, a confidence and supply agreement with ministers outside Cabinet (the model that has been used since 2005), or to go to the cross-benches and vote on a case-by-case basis on all issues - or something entirely different.

If National were in a formal coalition with New Zealand First, Mr Peters would probably be given his choice of portfolio barring Prime Minister and finance, which Bill English would keep.

He has been Treasurer with National and Foreign Minister with Labour. If he wanted to do foreign affairs again, both National and Labour would be happy enough to have him in the role, given that he carried it off creditably last time.

He could also expect to be offered a role as Associate Finance Minister by National or Labour.

He could additionally want a role in helping the export sector. Oversight and expansion of New Zealand Trade & Enterprise would be ideal were it not for the fact Mr Peters is a such free-trade sceptic. Economic development is an alternative.

Inside story: Environment issues in spotlight

National - NZ First - Conservatives
As unlikely as a Conservative and New Zealand First combination might sound, it is possible National could negotiate a confidence and supply deal with both parties, including ministerial posts outside Cabinet.

That would mean the two rival parties' relationship would be with National only, not in a formal coalition where relationships are closer. It would operate, for example, the same way as Act and the Maori Party have done with National over six years.

Conservative leader Colin Craig has said - sensibly - he wouldn't want to become a minister immediately if he were in a Government formation deal. If his party crossed the 5 per cent threshold, he would have at least six new MPs to bed in to Parliament. Christine Rankin, however, the former head of Work and Income, would be a shoo-in for the first ministerial post with a portfolio such as Child, Youth and Family and special responsibility for family violence. Once Mr Craig had acclimatised to the job, he could get something part-way through the term such as commerce. 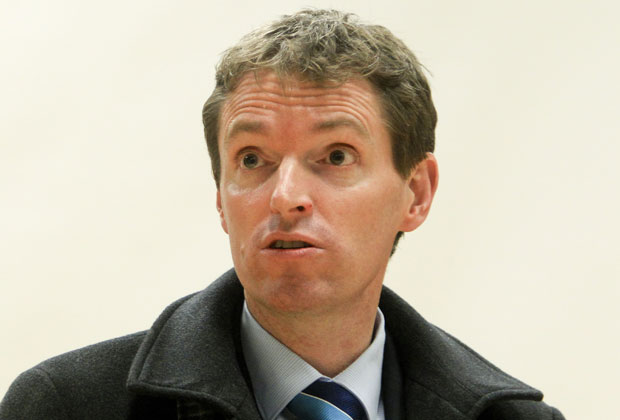 Conservative Party leader Colin Craig. Photo / APN
National - Act - United Future - Maori Party
If National formed a Government with just the parties that have supported it for the past six years - Act, United Future and the Maori Party - they would probably get just one ministerial position each, outside the Cabinet.

If Act leader Jamie Whyte were an MP as well as David Seymour as Epsom candidate, the party would decide which of them would get the ministerial post. It might consider it better for Mr Seymour to be the minister to allow Dr Whyte to rebuild the party. 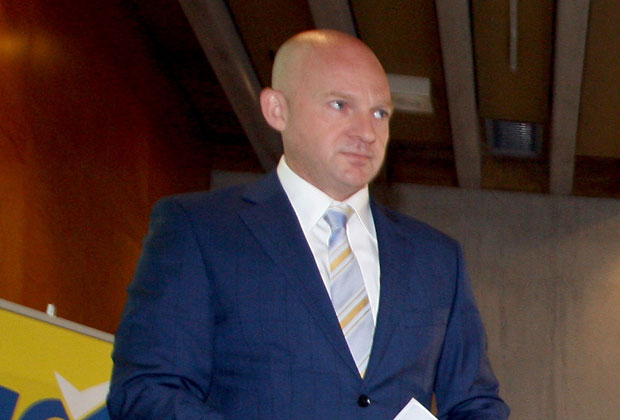 Peter Dunne would ably do just about anything he was given. He is currently Internal Affairs Minister. 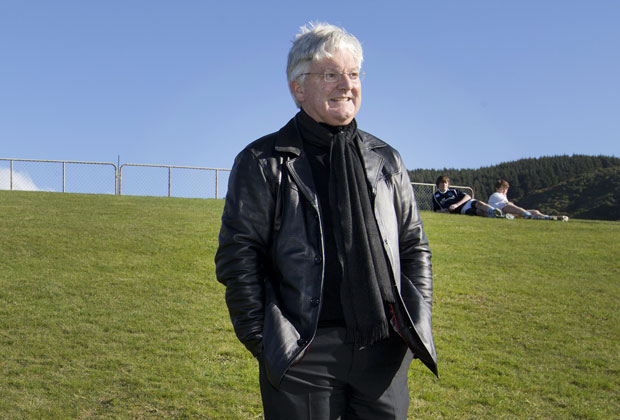 The Maori Party's Te Ururoa Flavell would be a sitter for Maori affairs and Whanau Ora.

National
It's possible, but unlikely, National could get over 50 per cent and govern on its own.

If it did, that might not necessarily mean a lot more places for National ministers.

Prime Minister John Key has already indicated he would be likely to invite support deals from other parties even if he did not need their backing. It would be partly insurance against losing a majority and partly to build relationships for future Governments. 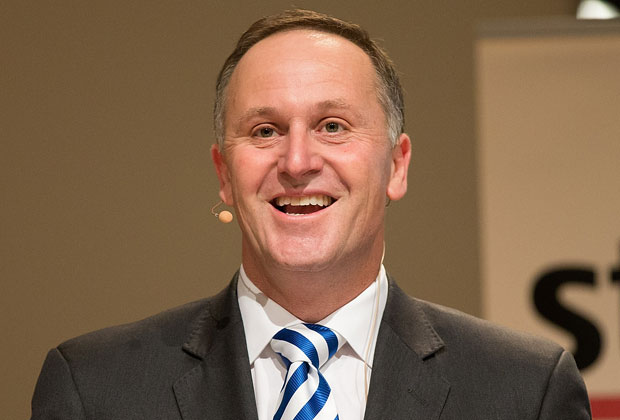 But potential new faces to the Cabinet could be Todd McClay and Paul Goldsmith - although if the latter won Epsom instead of Act, the Prime Minister might not be too pleased with him. Mr Goldsmith and Amy Adams are seen as potential Finance Ministers down the track. Other contenders for the Cabinet would be Peseta Sam Lotu-Iiga, chief whip Louise Upston and Maggie Barry, the latter two for at least a post outside the Cabinet. With blue-green traditions, Ms Barry could take conservation and/or senior citizens.

Mr Key has already foreshadowed Paula Bennett's shift from social development in any third-term Government to something more commercial. That suggests something like state-owned enterprises or commerce.

With the retirement of Tony Ryall, health is the big vacancy. She may not want to be a contender but with her competence and empathy, she should be. Michael Woodhouse would also be a contender.

Hekia Parata has a good chance of staying in education and Anne Tolley of keeping corrections.

Mr Key could give two of his bright young stars big challenges: perhaps Nikki Kaye in social development and Simon Bridges in justice.

Attorney-General Chris Finlayson would also want justice, recently vacated by Judith Collins, but he could pick up something else.

There may be other responsibilities for him as a consolation.

If Mr Key wins a third term, he would almost certainly have a major reshuffle no more than a year out from the 2017 election to rejuvenate the Cabinet with more prospects for promotions.

Labour - NZ First
This would be similar to the 2005 option in which Labour and Jim Anderton ran a minority Government with support on confidence and supply from New Zealand First, United Future and the Greens but, at the behest of Mr Peters, offered ministerial posts only to Mr Peters and United Future outside the Cabinet. Mr Peters was Foreign Minister.

It could happen again, with the Greens being forced to support a Labour-led Government on confidence and supply in return for some major policy concessions. But if it did, it is more likely to be in a formal coalition between Labour and New Zealand First, with Mr Peters as Deputy Prime Minister. It would not be possible to have a Deputy PM outside the Cabinet. 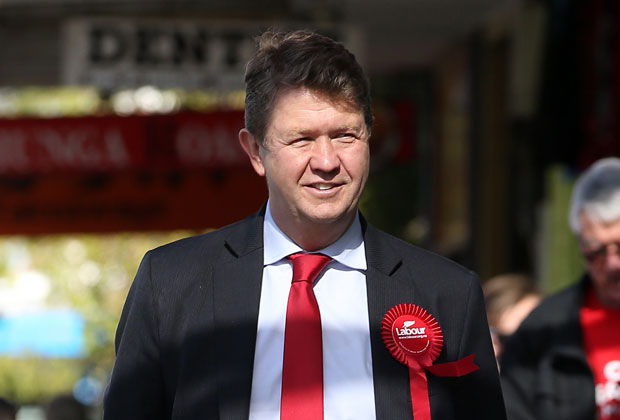 It would be impossible to imagine it the other way around - that is, New Zealand First giving confidence and supply to a Labour-Green coalition Government while remaining outside it.

Labour - Greens - NZ FirstA three-way coalition is also a possibility if the Greens could convince Mr Peters they were orthodox, responsible and could be trusted - his speech in Wairarapa yesterday suggests he does not trust them.

Even in a three-way, Mr Peters would get any portfolio he wanted except finance - which David Parker would get - and Prime Minister.

Mr Peters did ask both National and Labour in 1996 if he could be Prime Minister for part of the term but both turned him down flat.

But he could reasonably expect to be Deputy Prime Minister in a Labour-led Government, given his seniority.

While the Green co-leaders have been happy to talk about themselves getting the role, if Mr Peters were the difference between them being in Government at all and serving another three years out of power, they are likely to be generous even if they have more MPs than New Zealand First does.

As with a National-led Government, New Zealand First deputy Tracey Martin would be Minister in Charge of Early Childhood Education.

Labour is likely to be less concerned about upsetting the defence Establishment than National and could give Ron Mark defence - which would send a shiver through Defence HQ, which he used to put through the wringer at select committees.

Greens co-leader Russel and Mr Peters would both be Associate Finance Ministers, Mr Peters perhaps responsible for the sovereign wealth fund and Dr Norman for the Green investment bank, among other things. 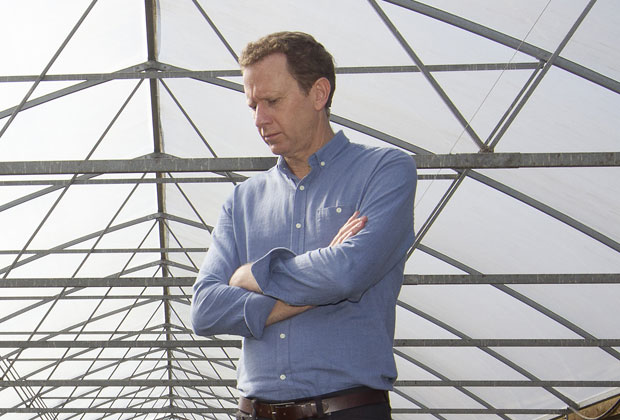 A special portfolio could be created for Dr Norman for his special area of expertise, something like minister of green development and technology, with the Ministry of Business, Innovation and Employment.

Metiria Turei could get social development, Eugenie Sage conservation and Kevin Hague could be given ACC.

Annette King is regarded within Labour as such a living treasure that she could get almost anything she wanted, or at least her old job of health if she wanted it back.

But she would also get the Speaker's job if she wanted it, over Trevor Mallard, which would make way for Jacinda Ardern for the health portfolio.

Phil Twyford would be best placed to get housing - including the oversight of KiwiBuild - Nanaia Mahuta would get Maori affairs and Su'a William Sio would get Pacific Island affairs.

Clayton Cosgrove, David Shearer and Sue Moroney would almost certainly get ministerial posts but not necessarily in the Cabinet.

One dead, three injured after serious crash near Nelson

The highway is closed and diversions are in place, a police spokeswoman said.