The 90% Project is an NZ Herald initiative that aims to reach all New Zealanders to get the word out about vaccination so we can save lives and restore freedoms. Video / NZ Herald 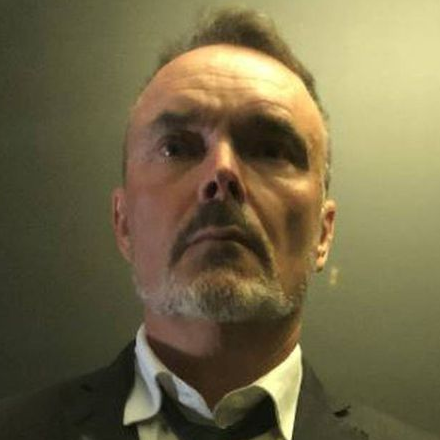 Bloomberg recently ranked Ireland as the best place to live during the pandemic. I'm not sure that this sentiment would be shared by the families of the 5249 Irish people who have so far died, but they've certainly made great progress in their vaccination rates. It's probably useful to remember that the Bloomberg rankings depend on the situation at a particular point in time as opposed to an average throughout the pandemic.

Last week, I was with a small group of Kiwis led by New Zealand epidemiologist Professor Rod Jackson and immunologist Professor Graham Le Gros that engaged with members of the Irish pandemic response team that led their impressive vaccination efforts. We used the online meeting to look into the factors that lead to their vaccination rate and to see what lessons might be useful to a similarly populated island on the other side of the world.

This is what we found out.

'We got hit hard'

Unlike New Zealand, which has had so far had minimal casualties, the first wave of Covid smashed through Ireland and so far more than 5000 people have died there. This bought the dangers of the disease home and with most people aware of someone who had been seriously ill, everyone understood the importance of action. The effectiveness of New Zealand's initial response to the pandemic and the limited deaths over here means that for many the seriousness of the disease is yet to hit home.

The pandemic was treated largely as a health issue in Ireland, rather than a political one and was led by the Chief Medical Officer, not the Prime Minister. This helped ensure that the response became a matter of health rather than politics. Although the Irish government was still deeply involved, it was a generally bi-partisan approach that managed to avoid the petty sniping we have seen locally.

There was no need for scaremongering in Ireland, people had already seen the deaths caused by the disease so there was strong demand for the vaccine even before it became available. Although different vaccines were available at different times, people were not allowed to pick and choose. Very pragmatically, they got what they were given.

No vax: No fun

The young and uneducated tend to lag behind vaccination uptake but this was less of a problem in Ireland when young people realised the freedoms that the vaccine offered. Without a vaccine they couldn't travel across the EU, go to bars or restaurants, and having been locked down there was a pent-up demand to "get off the island" and have fun.

The importance of GPs

We have seen that although among some there can be a reluctance to listen to national figures of authority, that people's own GPs can be very important in spreading the vaccination message. In Ireland local doctors were at the centre of the drive, encouraging uptake among their charges and around one third of vaccines were actually administered through GP's surgeries.

Responding to a pandemic with a previously unknown disease that continues to mutate, unsurprisingly causes health messages and treatments to change over time. No plan survives first contact with the enemy and although Ireland faced these problems as much as anyone they managed to present strong, simple, coordinated messaging.

The Church supported the vaccination programme

The Catholic Church is a very important part of Irish society so the Irish bishops proclaiming that "safe and effective vaccination is an essential aspect of the prevention of disease" as well as the Pope having been vaccinated has definitely helped. This is in contrast to some of the less than helpful messages spread by fringe New Zealand churches.

Vaccinations were made as simple and easy as possible.

The authorities engaged young influencers to work together to spread the vaccination message among their followers.

So although there were a number of differences in the circumstances faced by the Irish and us, there are undoubtedly a few areas which we could learn from as we push towards our own goal of at least 90 per cent vaccination.

Local Focus: Pest checks on boats are ramping up as weather warms

All we know about Te Awamutu's Covid cluster