Photos depicting the moment a hot air balloon carrying 11 people hit power lines, caught fire and plummeted to the ground have been released by a coroner today.

The decision has been welcomed by families of some of the victims, who say the images will highlight the dangers of the activity.

Graphic content warning: Scroll down to view the photos

Eleven people lost their lives on January 7, 2012, when the balloon they were in hit power lines, caught fire and crashed into a field near Carterton in Wairarapa.

The four photos, shot by Geoff Walker, have been the subject of court action since TVNZ applied to Coroner Peter Ryan for their release.

The coroner agreed they should be released, but Walker appealed that decision to the High Court, which upheld it.

The case was due to go to the Court of Appeal, but Walker abandoned his bid on Wednesday.

During the court hearings, Walker had argued releasing the photos would breach his copyright.

Today, Walker said he had abandoned his fight because "there wasn't a very good chance of winning and it was just going to end up back with the coroner".

But he said he was happy to live with his actions.

"I'm really happy with the way I've acted, because I believe I've acted in everybody's interests.
"I've got a clear conscience."

Alastair Sherriff, the lawyer for some of the families of the victims, said his clients always supported publication of the photos.

"They think the public has the right to know what happens when a hot air balloon hits powerlines and catches fire."

It was the right decision and outcome because the public had a right to know, he said.

"It's part of free speech in our justice system really."

Allan Still, whose daughter Alexis leapt from the burning basket with her boyfriend Chrisjan Jordaan, said he was happy with the decision.

"We think that it might be a positive thing for the public to be made aware of what can happen when you get into a hot air balloon."

TVNZ head of news and current affairs John Gillespie said the broadcaster was pleased the photos were now available to media.

"It has been our belief these past three years that the publication of these images is in the public interest and it's important for the purposes of open justice and court reporting."

Walker had a long-standing agreement with the balloon company to shoot pictures of the hot air balloon rides to sell to passengers after the flights, and was at the scene that day.

He called emergency services and captured the final moments of the balloon, and everyone on board, as it crashed and went up in flames.

During the inquest into the crash, Coroner Ryan allowed four selected photographs to be released to the media showing the balloon hitting the wires, an arc of electricity hitting the balloon and catching fire, and the basket falling to the ground.

The images did not clearly show the people on board. 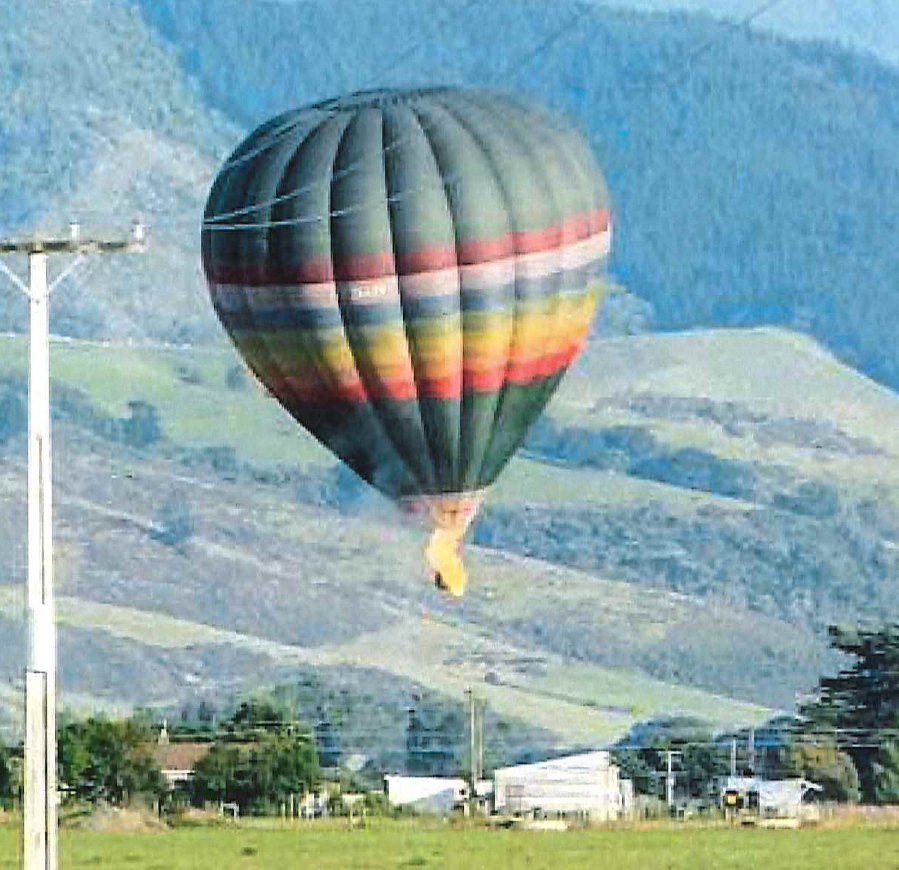 One cluster has been linked to a rugby tournament in the United States.
NEW ZEALAND

A Waihī Beach couple have been stranded in a hotel room in India for nearly a fortnight.
NEW ZEALAND

The road is closed and diversions are in place.