Whether you’re looking to buy or rent, OneRoof.co.nz has everything you need to find your dream home.
© Copyright 2020
NZME. Publishing Limited
test test test
Directors' networks can harm company performance
17 Nov, 2014 12:00am 3 minutes to read

The rare opportunity to own a historic Auckland mansion is up for grabs - but it comes with a lofty $5.2 million price tag.

Luxury boutique hotel Cotter House, famous for having Rolling Stones guitarist Keith Richards stay in 2006 for nearly a month while recuperating after a head injury, is on the market for the first time in 19 years.

The Regency-style, two-storey, 600sq m mansion was built between 1847 and 1860 and has been home to vivacious owner Gloria Poupard-Walbridge, 68, since it was bought by her French diplomat husband in 1995.

Ms Poupard-Walbridge said she hoped to sell the house and business privately, to lower her workload, for somewhere between $5.2 million and $5.5 million.

One of the conditions of the sale was that she would continue operating the hotel for two or three years after the sale, until she retired.

"It's always been my baby, but I want to be able to go on holiday," she said.

"It's extremely time consuming. It will eat you up if you let it.

"But I love what I'm doing, so it's very much a shame to think that if I put it on the open market it might go as a private residence."

A glimpse inside luxury mansions

Ms Poupard-Walbridge said she didn't want to see the house, which she had meticulously renovated in Regency style with upholstered walls, original egg and dart mouldings and kauri internal shutters, no longer in the "public domain".

New Zealand was a young country with a short history and a casual attitude, she said, but Cotter House offered something a bit more refined.

If the house was sold and Ms Poupard-Walbridge stayed at its helm, she said much of her eclectic furnishings would remain as well. 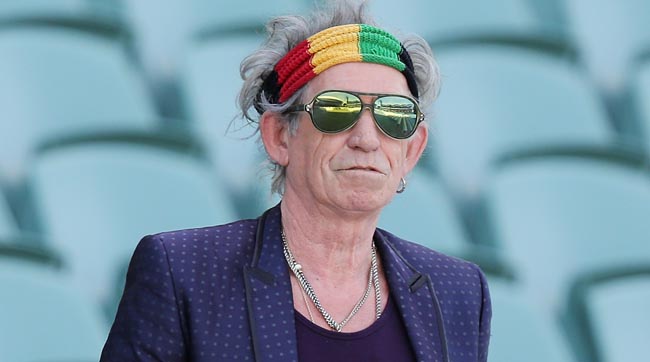 Keith Richards recuperated there for a month after his 2006 head injury. Photo / Getty Images

A night's stay at Cotter House costs between $605 and $1200. The house has six bedrooms, five bathrooms, three lounge and dining rooms and a ballroom.

1. Cotter House was built between 1847 and 1860 by teetotaller Joseph Newman, who died in 1892 when a liquor advertising hoarding fell on his head.

2. Newman converted the house's wine cellar into a prison to assist the community.

3. After Newman's death, the 24ha the house sat on was subdivided by the Cotter family and is now part of Remuera.

4. The house's eclectic decorations include a large 17th century statue of Jesus that current owner Gloria Poupard-Walbridge bought on the border of El Salvador and Guatemala for US$160 ($202) in 1972.

The latest video by NZ Police should clear up any doubts about what you can and can't do.
NEW ZEALAND

Simon Wilson's pandemic diary: Should we wear masks in supermarkets?

Are we taking the risks in supermarkets seriously enough? Why aren't masks mandatory?