Whether you’re looking to buy or rent, OneRoof.co.nz has everything you need to find your dream home.
© Copyright 2020
NZME. Publishing Limited
test test test
John Key sorry for child abuser joke
12 Nov, 2014 7:14am 2 minutes to read

The man who was abused, and whose father was killed by escaped fugitive Phillip John Smith says he is disappointed with Corrections at not having done their job properly.

The man, who cannot be identified, spoke to Campbell Live in Australia.

He was sexually abused by Smith from age 10 to 13, and witnessed Smith stabbing his father to death during a horrific home invasion in 1995.

"It feels like we're back to square one," he told Campbell Live.

He told how Smith had harassed his family, by stalking their home for weeks.

"There was one time he popped his head through the window," he said.

He described the night Smith entered the family home while on bail, and stabbed his father to death.

"I woke up to see him over my bed with a balaclava over his head and a knife at my throat."

The boy's father came running into the room.

"It was like slow motion. I remember him just looking at me, and making a noise and running at Smith," he said.

"At the time I got stabbed twice in the back, on the way trying to get help from the family."

He told Campbell Live he found it hard to believe that Smith didn't mean his family any harm.

The man said by moving to Australia, he didn't believe he would ever have to encounter Smith again.

"I've had to try and rebuild my life from what he's taken from us, and it hasn't been easy," he said.

"I finally feel that I'm finally getting somewhere in my life, and now he's robbing us of it again.

The man told Campbell Live he hadn't slept since the day he found out Smith had escaped.

When asked whether he was taking any precautions, he said he was sleeping with a knife under his bed.

"I need answers. I can't, me and my family can't go through out lives, knowing he's out there somewhere. We're going to be constantly having to look over our shoulders."

When asked whether anyone from Corrections had contacted him, or apologised, he said no.

"I haven't heard anything from Corrections. I haven't been notified from them.

"When this dies down are they just going to just throw a blanket over it, and we're meant to just carry on with our lives?

"We have to live with that fear, knowing that something could happen."

He told Campbell Live he needed Smith to be caught so he could live his life again.

Corrections chief executive Ray Smith said on Campbell Live that he apologised personally and sincerely on behalf of all staff of Corrections.

When asked why it had taken so long, Ray Smith said he was happy to meet with family members at any stage, but wanted to pick the right time for them.

"We won't always get it right, and we certainly didn't in this case."

Ray Smith said it was inevitable that Smith would eventually be paroled, so staff wanted to put together a plan that "didn't mean he just walked out the gate one day without any support".

He said the plan was "overly ambitious".

A family member who was supposed to support Smith had "undermined the stability of the arrangements".

- Smith began to be regarded by the family as a big brother, she said.

- During the 1996 trial, Crown Prosecutor Ken Stone said Smith kept the boy quiet with threats of violence against him and his family, reinforced by regular beatings.

- Smith provided lures to the boy in the form of their mutual interests of karate and motorcycles "to the extent where his whole life revolved around the things associated with Smith," Mr Stone said.

- The 13-year-old boy, who Smith had been abusing for three years, woke to Smith standing over him on the night of the attack.

- While his father fought Smith, the boy ran to a local community police station.

- Smith told police following his arrest that he didn't stab the boy because "I treasure him too much".

- Police later found a document in Smith's home that said he planned to kill the boy's parents and then commit suicide.

Search warrants have been executed at a property in Palmerston North and a safety deposit box in Auckland as police work to piece together how fugitive paedophile and murderer Phillip John Smith managed to flee the country.

Police National Headquarters spokesman Grant Ogilvie said a number of items had been taken away for examination from the Palmerston North address and police were also looking into Smith's banking and business records.

An inquiry team charged with investigating the escape had spoken to a number of people who had interacted with Smith in the past few months, which had given police a clearer picture of his state of mind, Mr Ogilvie said.

Police have also spoken to Mr Smith's lawyer Tony Ellis who confirmed he was representing the fugitive.

Police were working with a number of other Government departments into locating Mr Smith and working out how he managed to escape.

Members of the public had also provided information and the inquiry team appealed for anyone who believed they had information about Smith's escape to contact police.

Documents at Auckland District Court show the 40-year-old was charged with escaping the custody of Corrections. A warrant for his arrest has been issued.

The maximum penalty for the offence is a jail term of five years.

"Having been convicted for an offence, namely murder, escaped from the lawful custody of Spring Hill Corrections facility in whose custody he was under the said conviction," the charge sheet stated.

The court confirmed Smith did not yet have assigned legal counsel on the matter.

Smith responded to emailed questions from his South American hideout overnight, telling Radio New Zealand that the outcome from his latest parole hearing spurned his escape.

He said that his escape was "moderately hard and took longer than I would have liked" and that he was able to fund his escape by using his education in accountancy and finance behind bars.

After his background check of his legal name he had a "high degree of confidence" his plan to flee would go unnoticed.

"My only anxiety was that somebody that knew me might happen to be at the airport at the same time to identify me." 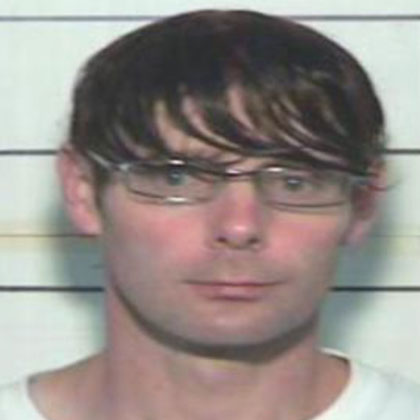 He said he fled the country to "escape the vigilante justice system that operates there".

"I made a definite decision to leave the country after the outcome of my most recent parole hearing, and the advice that I received subsequent to it in terms of my prospects for parole."

Smith said he hoped to remain in my host country indefinitely and had no plans to ever return to New Zealand.

He said his preliminary research showed "New Zealand would have considerable difficulty in extraditing me back, even if my location did become compromised"

"It is not just a matter of finding me and then the New Zealand Police coming to pick me up. The correct legal process must be followed."

Test your brains with the Herald's afternoon quiz.
NEW ZEALAND

Nikki Kaye on her Māori blunder, future leadership challenges, and why Simon Bridges had to go

'This isn't tiddlywinks. We're fighting for our future.'
NEW ZEALAND

New Zealand continues its march towards level 1 with no new cases today.