Controversial church wants to integrate its Year 0-13 campus into state system, but teachers' union wary of impact on other South Auckland schools.

Destiny Church wants its private school to become part of the state system, which would earn it a large boost in taxpayer funding.

The school, within the church's sprawling "City of God" complex in South Auckland, has applied to become state-integrated. If approved, it would receive the same government funding for each student as state schools, but retain ownership of its buildings and land.

Destiny, led by Bishop Brian Tamaki, previously failed in a bid to have its Year 0-13 campus accepted as a charter or "partnership" school.

"After 11 years of delivering character-based and academically rigorous education as a private school, integration will enable us to offer this transformational model to more students in Years 0-13 in South Auckland."

The move is opposed by the Post Primary Teachers' Association. President Angela Roberts said the union was concerned at how surrounding schools might be affected.

"It's not like they [the ministry] are building a new school because of roll growth - this is something that is going to have an impact on the surrounding schools."

Ms Roberts said smaller schools such as Destiny's - which had a roll of around 150 last year - were relatively expensive to run, which would place more pressure on the overall public-school network. 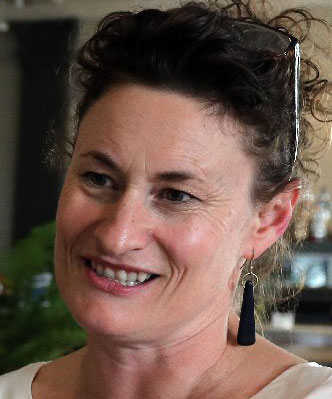 Ministry executive Katrina Casey said schools in the surrounding area whose student rolls might be affected were being consulted.

Let's go to the chapel, bro

A decision would take some time and "approval is by no means assured for any applicant". A previous application by Destiny for integration in 2009 was declined.

"Factors we consider include the likely impact on the network of schools in the area, the quality of education that is provided at the school, the cost that integrating the school would represent for the Crown, and whether its integration would make any other schools in the area less viable," Ms Casey said.

About 12 per cent of the country's 2500 schools are state-integrated and about 4 per cent are private.

State-integrated schools teach the national curriculum but keep their own special character - usually a religious or philosophical belief - as part of their school programme.

Janette Donaldson, principal of Wiri Central, a decile 1 school near the Destiny Church headquarters, said members of the board of trustees met this week to discuss the application.

They had asked the ministry for more information - such as what fees an integrated school might charge - so they could better understand the likely impact of Destiny's plan.

Her school takes primary and intermediate-aged students and has roll capacity.

Last year, documents were released from the authorisation board charged with sorting through charter school applicants.

A board report from June last year noted that the Destiny Church application "appeared to represent the integration of a well-performing and financially strong private school into the state system".

The board had concerns about the enrolment of non-Destiny members, as 98 per cent of current students were church members.

The church's "City of God" headquarters in Manukau opened in March with a free concert by pop star Stan Walker.

The complex is on the site of a former pillow factory in Druces Rd, Wiri, which the church bought in 2010.

The church's school, formed in 2003, was previously in Mt Wellington.

It charges tuition fees from $65 to $85 a week and received a $266,000 operations grant from the Ministry of Education, according to its 2011 financial statement.

The church's stance on giving by its members has been controversial, with former members saying families had come under pressure to contribute to fundraising drives above their 10 per cent tithe.

• Destiny Church has applied to have its private school become state-integrated.

• Such a school would receive the same government funding for each student as state schools but retain ownership of its buildings and land.

• This, the church says, would allow it to offer its "transformational model" to more students in South Auckland.

There have been 13 days in a row with no new cases of Covid-19 cases found.
NEW ZEALAND

The impact of Covid-19 will force schools to stay in the donation scheme.