The Ramsey Cres address where a four-year-old was found with extensive injuries. Photo / File 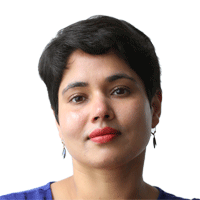 Extended family of a boy found brutally beaten at his home in Flaxmere 15 months ago have been praised by Oranga Tamariki for their role in his recovery.

The then four-year-old boy's injuries shocked the region, and police at the time hit out at some members of the family for closing ranks when question about what happened at the Ramsey Crescent address.

To date, no charges have been laid, but the boy has made "significant progress" rehabilitating since his January 29, 2020, hospitalisation.

"The young boy is doing well with his extended whānau as caregivers and is being supported by a variety of health and educational professionals who will continue to work with him to address his care and educational needs," Palmer said.

"His significant progress is a testament to the care and aroha his caregivers have provided him."

His injuries, which included widespread bruising and a brain injury, were previously compared by former detective inspector Mike Foster to those suffered by James Whakaruru, Foster stating they were the worst he had seen in his 30-year career.

He was discharged from Starship Children's Hospital in Auckland in April 2020 to undergo rehabilitation treatment at an Auckland centre, before leaving in July.

The boy was admitted to hospital on at least one other occasion, with injuries that included broken bones.

Oranga Tamariki intervened and he was placed into the care of wider family then returned to immediate family shortly before Christmas, 2019.

"Police continue to liaise with medical experts as those experts' respective reports are finalised."

'Choose someone you trust': Lawyer fined $7500 in EPOA misuse case

Māori All Blacks stun sloppy Ireland in their tour opener