The first time that I really got to experience what those three letters -- STI -- meant, was from the passenger's seat of a WRC Impreza piloted by one of my heroes.

Possum Bourne had just taken delivery of his new toy and was showing it off to media in Maramarua Forest. As it catapulted down a hill, Possum picked through the box with fierce determination.

Then he asked "How's things going Matt?" and pitched it into a corner, nose into the bank while dabbing the throttle and applying judicious corrections.

All I managed was a pitiful "squeak".

Now, after many years of driving every model of Subaru's STI WRX and even a few examples of the wide-bodied 22B, I'm still in severe "man point" deficit to Possum by an unassailable amount. But this doesn't alter the fact that anyone with a bit of a taste for pace and a enthusiasm for Subaru's crowning glory can drive these hard-tuned road machines like, as the saying goes, they stole 'em.

The latest STI is based on what can only be described as the most grown-up WRX yet -- it endeavoured to shed the image of the backwards-capped yoof, and achieved it.

Better materials, a higher level of overall refinement and design that owes a bit less to the rally roads it was bred for.

But the STI doesn't quite match these pretensions. It's stroppy, overtly aggressive, and when the mood takes you, frighteningly swift on whatever surface you happen to be at the time.

There's even the option to take or leave a gigantic wing that is so tall that it doesn't actually impede the rear-view mirror at all. It mightn't be to everyone's taste, but it squeals WRC -- and that's what the STI version of the WRX is all about. 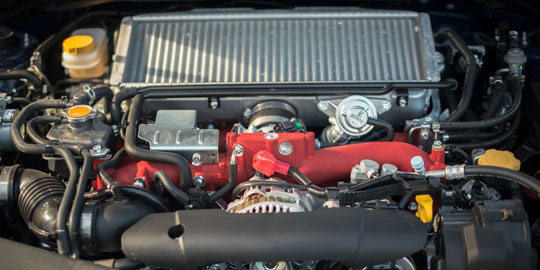 There's 221kW tucked away in a 2.5-litre horizontally-opposed four -- basically a retuned version of its predecessor, rather than a whole new two-litre mill like the WRX has been given. A back-bending 407Nm is delivered in a solid serve that's close enough to flat to give the kind of linear response that you need to be able to keep a car from trying to swallow trees on pocky, gravel-surfaced backroads.

There's a five-star Ancap rating with good reason and essentially everything you'd expect from a $60-65,000 car before you add the performance factor.

The car is offered in two guises: the standard STI and the STI Premium, which adds some fanciful bells and whistles including electrically adjustable leather-wrapped race seats. And as there's no massive fiscal gulch dividing the two -- around $5000. The premium is deserving of its name.

But beauty is in the eye of the wheel-holder -- and flash bits generally add weight as well as dollars, and thus slow the car down.

On paper there's about .3 of a second between the duo, in real-world conditions all it's going to mean is more effort to move the seat forward and about 12kg of extra pork to feed fuel to.

But then you get Subie's latest four-pawed monster out on the backroads -- tarmac, gravel or that awkward combination of the two that seems to appear out of nowhere when you'd really rather it didn't. 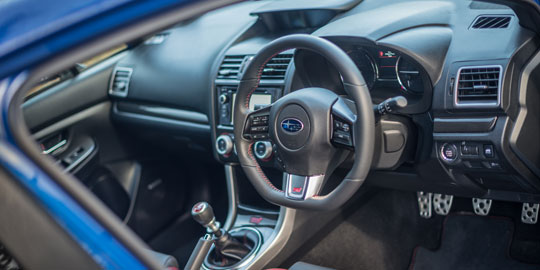 The launch programme with Subaru New Zealand boss Wallis Dumper was an interesting one -- taking in a great mix of roads north of Auckland, and copping some incredibly stroppy weather.

Dumper told us before departure that the car should tell us everything we needed to know.

Swinging it around on these back roads, fighting some seriously bad weather and tolerating some even worse road users, the STI let us know exactly where it stood.

Advertisement
Advertise with NZME.
Image 1 of 21:

A more refined stablemate might be on the market, but underneath it all, it's a dirt-loving hooligan, light on airs and graces, but very big on bang. With a stretched wheelbase, and the A-pillar moved forward slightly, the car's form is longer and sleeker.

It's certainly a more grown-up look and will undoubtedly engage new car buyers that may be shopping in more European aisles with its improved interior and performance. While the marketing bumpf underlines the "refinement", it's certainly no shrinking violet -- the aggressive front end still screams angrily at traffic and the sub-five 0-100km/h sprint does nothing to dispel that impression. It's sure-footed under even the most slippery of circumstances -- even mud pouring across gravel, we discovered at the launch. And for those who favour the wide and smooth tarmac track over that less trodden, its clever centre diff can be wound back to push more drive to the rear. This gives the car the dual trick-bag of rear drive turn-in with some front end grip should

things get iffy. Big Brembo brakes stop things quickly for very rapid changes of direction and the STI engineers -- who have a bit of "Rex" fettling behind them -- have all but eliminated that old AWD bugbear of understeer.

As Dumper said -- the car will talk for itself. And in fairness, all there really is left to say is "squeak".

One for the enthusiast to savour

After months of subtle hints, attempts at bribery and even a little begging, I finally found myself behind the wheel of the 2015 Subaru WRX STI.
It is definitely not a case of "never meet your heroes".

I'm often the subject of ridicule for my affection towards the cars with the stars. The source of which very well could be found squirrelled away in my garage, so finding myself in the driver's seat of the STI is akin to putting a 5-year-old in the cockpit of a fighter jet and not expecting the result to be a wide-eyed mess.

The sheer excitement of being able to drive a car you've admired since the concept stage is quite hard to convey.

Sweaty palms, shortness of breath, and an inability to utter coherent sentences wash over you as you take your first step towards the car with key in hand.

The driving feel from behind the wheel is full of the character I've come to expect from Subaru. The low growl of the long lived but updated 221kW EJ25 emanates throughout the cabin with the slightest dab of the throttle, thanks to the set of quad exhausts, subtly reminding you of the World Rally Blue cars that have come before it. 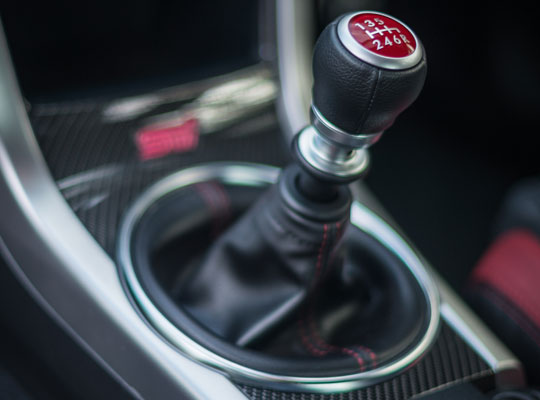 The Subaru WRX STI comes with a six-speed manual gearbox.

Unlike your garden variety Subaru, there is no bus-like shift movement from the six-speed manual. Short, precise shifts make barrelling around a twisty road a breeze, while the subtle bucket seats do a good job of holding you in. They're much more comfortable than the GC8 seats of old.

A bonus is the rear seats fold down too, giving you a bit more space to offset the MY15 WRX and STI not coming in a hatch variant.

Cruising back to the office in the STI, I couldn't help but feel like I was in a very familiar place, despite the completely new "grown-up" design of the MY15 STI, it feels exactly like a Subaru that's been beaten with the go fast stick should.

They say never meet your heroes, but they're wrong. It's a real STI. It's a real Subaru. If you live on a twisty back road - watch out. -Mathieu Day

Brumbies claim first win in Hamilton since 2007 to topple the Chiefs.
BUSINESS

The one where they get back together: Friends reunion confirmed