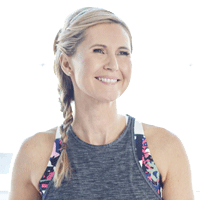 Rachel Grunwell is a weekly wellness columnist for Indulge

He said: "I used to weigh about 87kg. Getting somewhere near that again would be cool."

The 48-year-old Auckland dad dreamed of being able to wear his old wardrobe again. He wanted help with his nutrition, fitness and to get his lifestyle back on track. He had a few injuries so he needed guidance around fitness that would work for him.

Full disclaimer: Andrew is one of my superstar clients I coach. You might also know him under his artist name, Sola Rosa. He's working on the final stages of his seventh studio album.

I coached Andrew over a four-and-a-half-month period. He checked in with me weekly, albeit a break over December.

On March 11, he nailed his goal weight, weighing in at 87.3kg. That was a 6.1kg loss.
He found he could fit all his old clothes again just before Christmas.

"That felt amazing — and was a relief," he says.

But it's what he has gained through his health journey that's more important. He has gained muscle and loves feeling stronger. He has more energy and his partner Jane has noticed he is playing with their two daughters more. He even swam with them over summer and went for his first surf in years. And he has gained something more precious: happiness.

"I'm much more positive and quite a different person," he says.

His transformation also had a wider ripple effect. His partner Jane lost a couple of kilos through the dinner changes, he says. Their daughters are now in the habit of eating more greens daily too.

Andrew's success is the result of his determination and incredible hard work. I just guided and motivated him through tips and ideas to uplift his health around food, fitness and his lifestyle. I targeted ideas I felt would resonate with him and how he lived.

The result is he now eats less carbs, and more plants. He exercises regularly, doing a combination of weights, swimming and aerobic exercise. He knows how to tweak his alcohol intake, drinks more water, and has transformed his lifestyle.

I asked Andrew some questions about his health journey.

What was the hardest part of the journey?
The complete dietary change. I used to eat loads more carbs, dairy and sugar.

What helped you on your journey?
Getting guidance, tips and tricks. Getting help on making exercise a ritual.

What do you love about your transformation?
Initially it was about weight-loss and seeing results. That feels really great and that was an important factor. But it's more about feeling strong and being happier, which my whole family has noticed.

What is your advice to others wishing to be fitter or healthier?
Take small steps. Find a combination of exercise that works for you. For someone who has had mental health issues I can't express enough the benefits of physical exercise.

Rachel Grunwell coaches clients to get fit, lose weight and live a life they love. She also leads the Mindful Moments at Rotorua'sPolynesian Spa.
Check out her blog
Follow her via InspiredHealthNZ's Facebook
& Instagram

I'm a Covid late starter. Could people at least pretend to care?

Inside Harry's House, a delicious party record from a big romantic

Ask the experts: Our daughter is having an affair - should we get involved?

Outrage after woman told to 'cover up' exposed bust