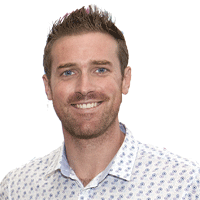 Does Serena Williams have a point about gender discrimination in tennis?

Maybe. Probably. Sadly, I'm sure it's probably still in most sports. Not to mention far too many facets of our daily lives. But here's why I don't really care too much about it this week.

Serena and all those who feel/have been discriminated against in any part of their life deserve their time to get a message across. Or more importantly we all deserve a world where none of this would ever be an issue because people are people and gender is a social construct that shouldn't be used as a vehicle for discrimination.

But when I considered Serena Williams, a multi-millionaire with probably one of the sweetest lives known to the human race, who just got fined $26k from her US$2.7 million runners-up paycheck, and compared her to someone I met on Sunday, an intermediate aged competitor in the Anchor AIMS Games Para Cross Country, I got some perspective.

I don't even know this girl's name. But funnily enough she was also a runner-up in a competition, like Serena. Her competition was the para cross country at Waipuna Park.

During the post-match interview this girl cut our chat on the mic short because she exclaimed: "I'M SO HAPPY!!" And wanted to do a happy dance!

I joined in a little. She was happy, I was stoked for her, everyone there realised that sometimes you should just not care how it's 'supposed' to be and just be happy at the fact you've achieved something great.

In my experience, you don't usually find a para athlete, of any age or level, complaining about gender equality when they finish runner-up after being beaten by a better competitor.

Every para athlete I've seen finish a race has just had a feeling of accomplishment mixed with happiness and excitement that they have overcome some challenges that 99 per cent of the population couldn't even begin to understand.

The Anchor AIMS Games have had para sport in them for the last few years now and I reckon it's probably the best addition they've ever made and definitely one of the top achievements they've made as a sporting event.

Serena Williams and the politicisation of sport

What Serena whispered to Naomi Osaka on podium

They change lives with that kind of opportunity. They also change perspectives. Which can be almost as refreshing.

The AIMS para cross country is run all at the same time as one event, boy and girls together. Not a lot of gender discrimination there. And even less ego and aggression.

• Will Johnston is the local 9am-3pm host for The Hits Bay of Plenty 95FM. He's also a celebrant and MC.

Mystics take down Tactix in Premiership

The Northern Mystics have overcome a sloppy start to take down the Mainland Tactix.
BUSINESS

Barry Colman: Our top ship's armed with fly swats — hope no one rocks the boat