Whether you’re looking to buy or rent, OneRoof.co.nz has everything you need to find your dream home.
© Copyright 2020
NZME. Publishing Limited
test test test
Smaug unveiled at Wellington Airport
6 Nov, 2014 4:00am Quick Read

If Adele and Jack White had a child, who was friends with Sam Smith and then joined the Black Keys, Hozier would be the result.

At 23, Irishman Andrew Hozier-Byrne is a prodigious talent who writes lyrics with the passion and curiosity of youth, but the poetry of a much older troubadour. And his voice can swoop from deep and pure, to primal, to bluesy and haunting in the space of a song.

His debut album jumped high into the charts in Ireland and the US and with good reason. Hozier somehow manages to be raw, and burning with indignation, while also finding space to be a vivid romantic.

On opening track Take Me to the Church he rails against Catholic doctrine in an exploration of freedom and sexuality; Angel of Small Death and the Codeine Scene is all stomps, claps and loving lament; Someone New comes complete with string and choir arrangements and the carefree catchphrase "I fall in love everyday, just a little bit, with someone new".

He's equally capable of embracing the torment in inner speculation though, from the unsettling duality of upbeat arrangements paired with lyrics of desperation on From Eden, the gentle, gothic Jeff Buckley-ish In a Week, and the pastoral, folky Like Real People Do. 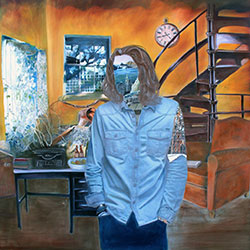 Two major law changes have been pushed through for the Super Rugby Aotearoa competition.
BUSINESS

Carole Baskin has won the right to take over Joe Exotic's former zoo.