Whether you’re looking to buy or rent, OneRoof.co.nz has everything you need to find your dream home.
© Copyright 2020
NZME. Publishing Limited
test test test
Foo Fighters tickets cost up to $199
30 Oct, 2014 9:56am 3 minutes to read

A big part of Taylor Swift's enduring appeal is that she seems like a supposedly perfect being, all willowy, blonde, cookie-baking, and stage-dominating, and yet, she knows all about being sad, lonely, jealous, angry, and frustrated. And once again she lays all those inner emotions on the floor on 1989. She's so enthusiastically emotive, so unabashed, it's hard to tear your ears away.

But that persona is something Swift has been mastering since 2010's Speak Now, so where does 1989 take us that differs from her previous albums?

Well she's completely ditched any trappings of country, and has gone full noise on the beats, synths, and electro programming.

Add to that a little more self-awareness, a little jadedness, and a sense of humour, and you have a Swift album that, in some ways, seems far removed from anything she's presented before.

The 24-year-old isn't reinventing any pop wheels, or even aiming to be cool and fresh, but she is evolving - you can hear an almost geeky love of past pop music woven in there. And yet the over-riding impression isn't that much different to the offerings from 20-year-old Swift. She still often perpetuates this image of innocence, and sweet-natured wholesome fun. Sometimes, that's a little tiresome - All You Had To Do Was Stay and How You Get the Girl leave you thinking of a sweet 16 year old.

But sometimes she manages to walk that tightrope with an amazing knowing glance.

Blank Space is clever and coy, Style is all about survival, Wildest Dreams employs a little Lana Del Rey-ish lower register, and is as wayward and seductive as Swift gets, and New Romantics pokes fun at her own romantic reputation, while proudly embracing it.

Then there are the tracks which are just great pop songs, unencumbered by any other aims. Welcome To New York reminds of Robyn, Out Of The Woods is all huge 80s drum sounds and epic electronica, and even though your ears might be sick of it, Shake It Off remains a piece of pop perfection. It might borrow something from tracks like OutKast's Hey Ya!, and Gwen Stefani's Hollaback Girl, but there's no denying the genius of the air-filled horn and percussion arrangements.

Sure there are a few unnecessary songs here, but when you've got such devoted fans, why not give them all you've got? On the deluxe version you can also hear three "voice memos" - where Swift lets the world in on a few demos and early incarnations of the album tracks. Whether they're meant to prove how good her singing is, and that many of the ideas are hers (rather than the nine producers/songwriters involved), or whether they're a carefully constructed insight into her songwriting, who knows. They're rather endearing either way. 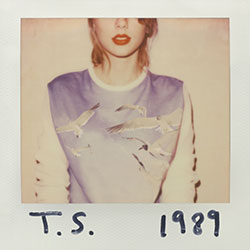 Swift left 'devastated' by break up

The best songs about exes

The men's side are eager to hit the court against the World Champs again.
BUSINESS

House sold despite warnings house prices about to plunge due to Covid-19 pandemic.
ENTERTAINMENT

The star's ex-wife has publicly accused him of cheating on her amid the Covid-19 lockdown.