Whether you’re looking to buy or rent, OneRoof.co.nz has everything you need to find your dream home.
© Copyright 2020
NZME. Publishing Limited
Serepisos 'flabbergasted' after arrest
23 Sep, 2014 2:12pm 2 minutes to read

A Grumman F6F Hellcat, its dark-blue wings glistening in the sun, banks sharply to evade a pursuing Japanese Mitsubishi A6M3 Zero. The planes pull out of their steep descent and accelerate, the roar of their engines rattling the heavens.

Battles like this played out numerous times in the skies above the central Pacific in late November 1943 as the US Navy launched its carrier-borne Hellcats into action against the Japanese. Only this particular dogfight happened not in 1943 but in June 2013 over Paine Field, a former US Air Force base outside Seattle.

That's where Paul Allen, the Microsoft multibillionaire, keeps his Flying Heritage Collection - more than 20 vintage World War II fighter planes, all in working condition - of which both the Hellcat and the Zero are a part.

Meanwhile, on the underside of the globe, visitors to Hood Aerodrome, near Masterton, New Zealand, could be forgiven for thinking they've been transported to northern France, circa 1918. There, the skies fill with British Sopwith Camels and brightly coloured German Fokker Dr.I Dreideckers, for which enthralled spectators can thank another wealthy aviation enthusiast and amateur pilot: Lord of the Rings director Sir Peter Jackson.

The filmmaker, who has amassed more than 40 flyable World War I warbirds - the planet's largest collection - is now neck and neck with Allen when it comes to claiming the Top Gun trophy for world's foremost fighter collector. A Fokker Dr.I Dreidecker like the one belonging to Sir Peter Jackson. Photo / Wikipedia - yetdark

The vintage-aircraft market was once divided between individual pilots, who might own the odd North American P-51 Mustang or De Havilland Moth, and aviation museums, which typically display only stationary examples of historic aircraft. Allen and Jackson, however, represent a new breed of collector who's buying, restoring and flying a National Air and Space Museum's worth of vintage planes.

"We are selling more and more to private collectors," confirms Simon Brown of Platinum Fighter Sales in Redondo Beach, California. 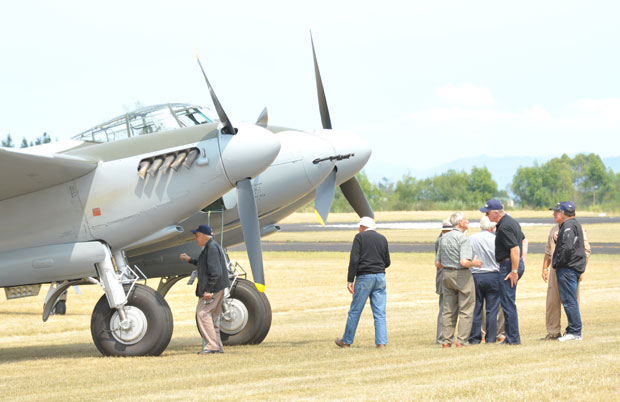 Veterans who flew Mosquitos during WW2 look over the aircraft at Hood Aerodrome Masterton. Photo / APN

What sets Allen and Jackson apart is their deep-pocketed desire to dominate two of the most-storied and at-risk chapters of aviation history. When it comes to World War II fighters, no collection is as comprehensive as Allen's, which encompasses planes from all the war's principal combatants, including Germany, Japan and Russia.

He also owns a great many planes with combat experience, which are as valuable as they are rare. Most World War II-era warbirds are late models that never saw action. Combat veterans, on the other hand, are often salvaged from crash sites, such as Allen's Messerschmitt Bf 109 E, a Battle of Britain fighter found buried in a sand dune in Calais, France, in 1988.

Restoring a wrecked warbird to flying condition can cost in excess of $3 million and take more than two years, says John Romain, CEO of Aircraft Restoration, which restores and flies vintage aircraft from a former World War II airfield outside Cambridge, England. 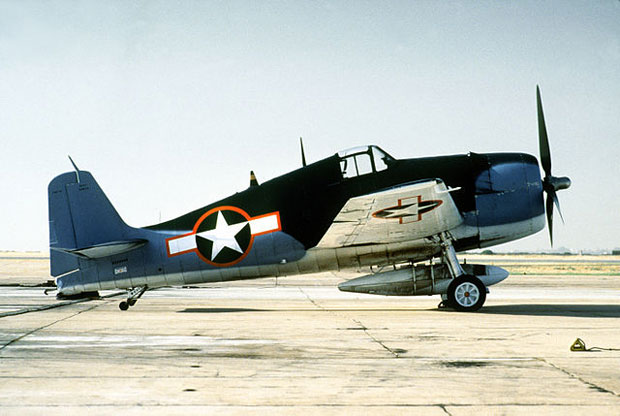 Visit ARC's workshop and it's clear why. Engineers use original 1940s lathes and metal-working machinery to manufacture parts when they can't find originals, wrap new wiring in 1940s-style insulation and even hide contemporary safety components, like a modern radio, behind original features such as a map case. It's the sort of historical detail Allen craves.

"Our goal is to restore these aircraft to an absolute obsessively original condition - and then fly them," says Adrian Hunt, executive director of Allen's Flying Heritage Collection.

Jackson, too, is a stickler for historical veracity and, similar to his approach to The Lord of the Rings, for which he pioneered his own visual effects studio, largely built his collection from the ground up. The bodies of World War I aircraft were essentially oversize kites, made primarily of cloth stretched over wood frames. As a result, few original aircraft survive - fewer still in flying condition. 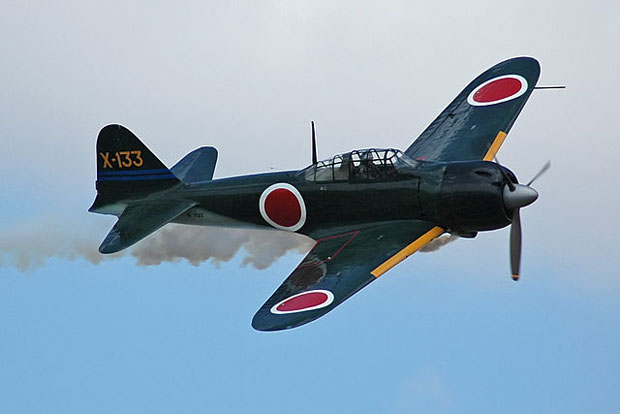 A Mitsubishi A6M3 Zero like the one in Paul Allen's Flying Heritage Collection. Photo / Wikipedia - Kogo

Consequently, Jackson has made an art of constructing precise replicas using original blueprints and historically accurate materials and techniques and then incorporating original engines, fuselages and parts whenever possible.

For his F.E.2b, a British biplane, Jackson wanted an original 160-horsepower Beardmore engine, of which only two surviving examples were known to exist, both in British museums. Jackson scoured the planet to find a third, in an old barn in Uruguay.

Brown says many collectors see investment value in vintage aircraft, with the prices of some models rising rapidly. A Supermarine Spitfire, Britain's classic World War II fighter, for example, now sells for as much as $5 million - more than double its value a decade ago.

Of course, neither Allen nor Jackson are in it for the money. Both are the sons of World War II veterans and have spoken of a lifelong fascination with vintage warplanes kindled in childhood.

Allen has tried to collect a real version of every model plane he built as a kid, while Jackson's passion for old warplanes extends to his filmmaking. In 2008, he wrote and directed a World War I short called Crossing the Line and has spoken about wanting to remake both The Blue Max, a 1966 film about World War I aviators, and 1955's The Dam Busters, about daring World War II raids on German dams using ingenious bouncing bombs. 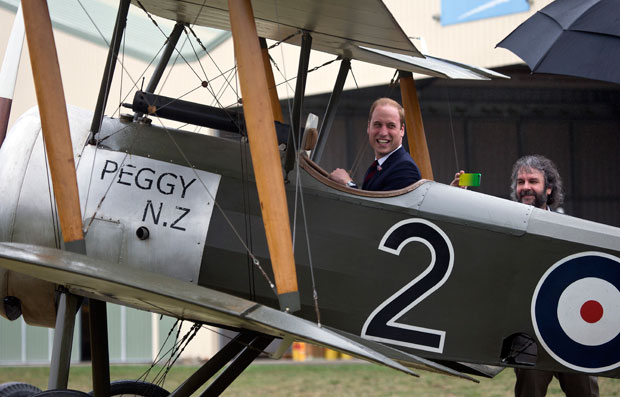 Aviation historians and museum curators regard the growth of collections like Allen's and Jackson's with some ambivalence. Jackson's re-creations are so perfect they make Dan Hagedorn, the curator of the Museum of Flight outside Seattle, nervous.

"I confess, I love to see them and hear them," Hagedorn says of the planes in Jackson's growing squadron. "But I have to wonder how these machines will be regarded in 100 years or more. Will they cast doubt on the authenticity of genuine artifacts?"

He also worries that by flying rare antiques, collectors are putting history itself at risk.

"Hardly a day goes by that some private owner doesn't CFIT a historic aircraft that will be gone forever," Hagedorn says, referring to the acronym for controlled flight into terrain - aka crash.

Still, Hunt says, something is undeniably lost once an airplane becomes a mere museum piece. Yes, there are risks, he says, but except when an aircraft is the last surviving example of its kind, "we think the experience of people seeing it in the air and smelling the smoke from the engine and your whole body vibrating with the power of the plane is worth it."

Flying's back to 1996: The long wait for global aviation to take off again

Aviation executives pummelled by the pandemic are hopeful of recovery, albeit slow.
BUSINESS

The government wants to complete an undersea inspection of the Tui oil field next month.