It's a warm day in Wellington, when the wind is off bothering somewhere else and summer seems more than just an abstract concept. But high above Courtney Place, in the Royal New Zealand Ballet's HQ, our conversation curves towards snow and a white Christmas.

Daniel de Andrade, ballet master of the Leeds-based Northern Ballet, has crossed the globe to direct the RNZB's production of the Dickens classic A Christmas Carol. It's the first time the Northern Ballet's production has been staged outside Britain and de Andrade is convinced the wintry setting won't jar with Kiwi audiences in the first flush of summer.

"A Christmas Carol is a universal story and Dickens is such a fantastic storyteller that it doesn't matter where you're watching it, you can still connect with the story on an emotional level," says the Brazilian-born former dancer.

If your knowledge of Dickens' story is a bit rusty, let's recap: it's Christmas Eve and the stingy Ebenezer Scrooge is visited by the ghosts of Christmas Past, Present and Future who, eventually, reboot his stone-cold heart. Cue joy, goodwill and happiness. "It's a classic tale of the transformation of a mean and miserable man to someone full of joy which, after all, is the true message of Christmas."

Basking in the sunlight that pools from full-length windows, de Andrade, 49, explains how the RNZB came to import the British production, including the sets, costumes and score. Only the dancers and orchestra are local. "I worked with former RNZB artistic director Ethan Stiefel at the Zurich Opera House years ago and we often talked about bringing A Christmas Carol to New Zealand. Kiwi audiences are very similar to British ones in the way in which they connect with our productions." 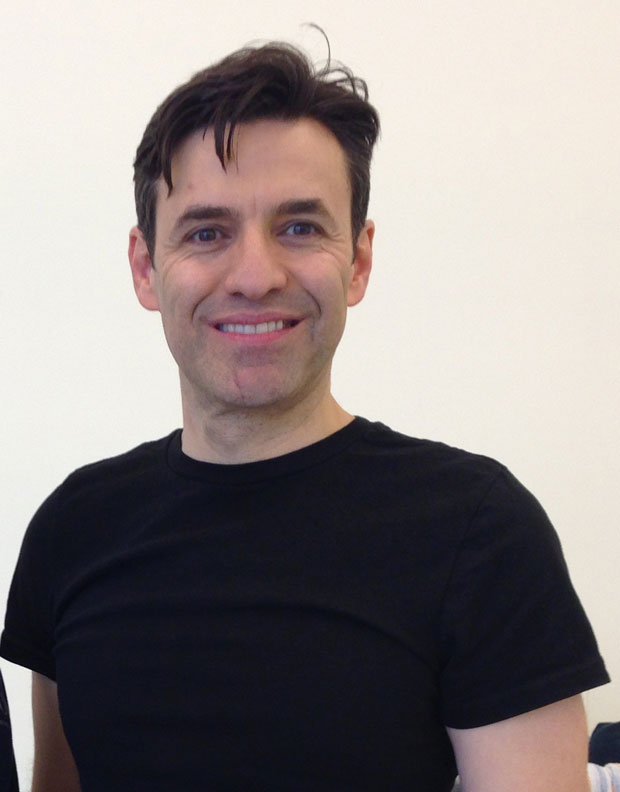 It helped that the Northern Ballet already had a robust relationship with its New Zealand counterpart, having brought its productions of Carmen in 2010 and Dracula (2000 and again in 2005) to these shores.

Stiefel has since moved on (the new RNZB director, Italian Francesco Ventriglia, started last month) but plans for the company's final show of the year continued apace.

For the past six weeks de Andrade has been working with 36 dancers who play 75 characters and have 650 costume changes. It's a huge undertaking but a well-trodden path for de Andrade, who has produced the Massimo Moricone-choreographed ballet several times. One of his productions was televised by the BBC.

From a performance perspective, de Andrade says A Christmas Carol is such a feel-good story that it tends to be easier to perform than some of the more emotionally weighted classics, such as Swan Lake.

One of the production's biggest challenges is its requirement for dancers to sing as well as act. "It's a big ask for dancers to have to sing and act. But dancers are natural performers so we haven't had any issues with getting the RNZB dancers to step up to the task."

Kiwi leotards make it to Kenya

Auckland dancer Paul Mathews, 27, plays the main character of Scrooge, as well as Young Scrooge and a carol singer; the first time he has played the lead in a full-length ballet. "Like every other art form, you need to evolve," he says. "Adding singing and acting to the mix gives the production an energy that you don't get with other ballets. It has added a whole new level to our performance."

Mathews, who moved to Wellington at 16 to pursue his love of dance, says getting into character has involved spending hours "pulling faces".

"Scrooge is such a miserable character but it's also a very physical role. I'm getting pretty good at frowning."

Mathews is relishing the opportunity to work with de Andrade.

"Daniel knows this production so well and is crystal clear about what he wants from the dancers. It's been an honour to work with him."

De Andrade returns the compliment, saying he jumped at the chance to "not only bring the story to fresh eyes, but also to work with the RNZB and see this beautiful country".

A full dance card has meant he's only been able to visit Martinborough and spend a weekend in Kaikoura, but the father of five is hoping to return soon.

Surprisingly for someone of de Andrade's pedigree, ballet hasn't always been the fuel he runs upon. He didn't take his first ballet class until he was 18. "In Brazil, football is much bigger than ballet. I was into martial arts but at university a former girlfriend did ballet so I went along for a look and was hooked."

He was headed for a career in architecture but quickly realised that a love of dance far outweighed that of bricks and mortar. Despite not having any formal training, de Andrade quickly climbed the slippery slope of the dance world, landing a scholarship to study ballet in Britain.

It's where he met his wife, a British dancer who has since retrained as a pediatric nurse. Stints at the National Ballet of Portugal, London City Ballet, Zurich Opera House Ballet and the Scottish National Ballet in Glasgow followed.

He joined the Northern Ballet as a principal dancer in 1995 and was promoted to ballet master in 2003. Under his watch Northern Ballet's reputation as one of Europe's most innovative companies has thrived.

"We are known for staging non-traditional ballets, for productions based on opera, literature and films. We have a very strong commitment to delivering character-driven, interesting productions."

With the blessing of the company, de Andrade also takes on various freelance gigs, including this one with the RNZB.

The day we meet he has just heard his production of The Three Little Pigs, which was filmed by the BBC this year, has been nominated for a Bafta award.

"It's exciting, especially doing these kind of productions for kids. Ballet is all about telling a good story that the audience can engage with on an emotional level. It's what we've done with A Christmas Carol and it's what Kiwi audiences will be treated to this December."

The remaining shows in the RNZB's touring production of

are dedicated to the memory of its longest serving artistic director, Harry Haythorne MBE, who died in Melbourne last week at the age of 88. Adelaide-born Haythorne studied ballet after serving in the RAAF during World War II, and danced for companies such as Het Amsterdams Ballet and Sadler's Wells Opera Ballet. He led the RNZB from 1981-92, and was highly regarded for expanding its repertoire.

"Harry remained in frequent contact with the RNZB throughout his life," said the company's managing director Amanda Skoog. "He was a loving and generous friend to the RNZB, often describing his years in New Zealand as the happiest time of his life, and we will miss him very much."