Whether you’re looking to buy or rent, OneRoof.co.nz has everything you need to find your dream home.
© Copyright 2020
NZME. Publishing Limited
test test test
Jetpack IPO firing up
9 Aug, 2014 5:00am 4 minutes to read

A team of Auckland University students have won first place in the innovation category, a $50,000 cheque and the experience of a lifetime at Microsoft's Imagine Cup World Finals.

At an awards ceremony in front of more than 5000 and broadcast live at Microsoft's TechReady conference, the winners of each category were announced, with New Zealand's Team Estimeet clinching first place in the Innovation category. 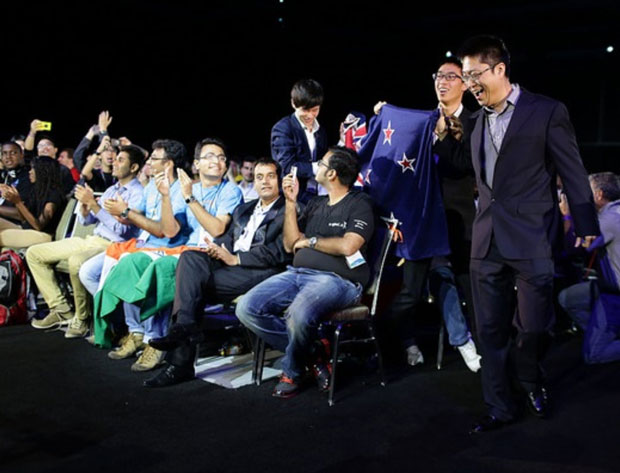 The team, consisting of Hayden Do (19), Jason Wei (19), Chris Duan (30), and Derek Zhu (22) all from Auckland University, said the experience was one they would not be forgetting.

Estimeet, the app created by the team, is an innovative solution to a problem many of us face every day - what to do when we are supposed to be meeting someone who has not turned up and is not answering their phone or emails.

The app uses real time location tracking to show how far away each person is from arriving at a social or business meeting and whether they will be arriving on time. According to the team, the difference with their app was that they had removed the exact location to allow accurate but non-specific information.

"We found that people were very sensitive about their information sharing, so that's why we decided not to share their exact location. The main difference we have is the privacy and we think that will appeal to a lot of users," Wei said.

During the initial category judging, the panel was impressed with the "really good concept" as well as with several of the features of the app including its integration with Microsoft Outlook and plans to integrate with Facebook.

During the judging for the Imagine Cup itself, Microsoft chief executive and judge Satya Nadella questioned why the team had decided on the idea in particular.

"It's an amazing app, I was just wondering about whether you have some inspirational stories from your friends perhaps? What made you build this? Are your friends usually late?" Nadella said.

Time to strap in and see the light 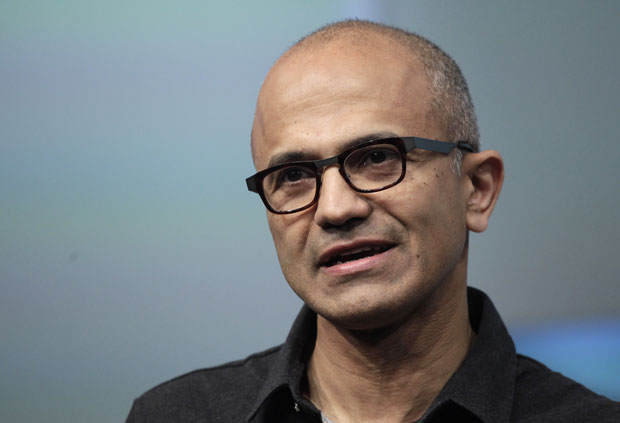 To which Do answered: "We had four members in our team, one of them would always be late to meetings and funnily enough, he wasn't able to make it here today."

The category win came at the close of a week in Seattle which included visits to Microsoft's headquarters in Redmond, a dinner event at the EMP music museum and exploration around the city, as well as meeting with several of the top players from Microsoft.

The team said their next move was to release Estimeet on to three main platforms in the next three months, and then develop the app further. Estimeet comprises two divisions - Estimeet Social and Estimeet Enterprise.

The social version of the app will be free with the business version costing the user after a set number of meetings using the app.

The Imagine Cup World Finals will return to Seattle next year and will also be open to school students.

Wandering around Microsoft's more than 200ha headquarters and main campus in Redmond, you almost forget that you are not in a separate city, and that the campus is only one part of the bustling metropolis of Seattle.

We arrive during Microsoft's annual orientation event for new staff. The orientation is usually reserved for Microsoft employees only. However, the event has been opened up to the Imagine Cup competitors and media.

The campus is home to around 40,000 employees and its personal shuttle bus service is larger than the rest of Seattle's put together.

A huge white tent dominates what is usually the campus' full-size soccer field. The tent is occupied by the Product Fair Showcase, highlighting a number of Microsoft's latest and greatest projects. Security personnel are everywhere and when we are able to visit the product fair, it is under the watchful eye of a Microsoft escort.

We are also shown around Microsoft's envisioning centre, where ideas of possible future scenarios are created, and new products and technologies are tested. We are told that the tour is off-the-record.

It is clear that there is a strong company culture within the firm. Everyone seems happy to chat about what it is like working at Microsoft, and the employee shop, countless restaurants and lounge areas make for an inviting headquarters.

The buildings are dotted with sculptures, paintings and photographs, something I later find out is a major investment for the company - one of the largest corporate collectors of artwork in the world.

Not one of the staff has a bad word to say about the company, with one explaining that Microsoft employees fall into one of two camps.

"There are two types of people who work at Microsoft. Those who work there 9-5 and like their jobs, and then those who are obsessed with Microsoft and spend their lives immersed in everything to do with the company."

Most of us have grown up with some form of Microsoft technology but the idea that a company could so completely envelop and pervade a city to the point that a significant proportion of its population are influenced by it in some way, is hard to grasp.

It may be a view exaggerated by spending days at a Microsoft-hosted event, but there can be no question of the size and presence of Microsoft in Seattle, and not just because its famous founder Bill Gates still lives there.

Estimeet
• Team of Auckland University students behind the app has won the Innovation category at Microsoft's Imagine Cup World Finals.
• App aims to tackle problem of what to do when meeting someone who has not turned up and is not answering their phone or emails.
• Uses real time location tracking to show how far away each person is from arriving at a social or business meeting and whether they will be arriving on time.
• App removes the exact location of users to allow accurate but non-specific information and protect privacy.

Warriors lock Jazz Tevaga feels like the referees are always against them.
BUSINESS

Investors are banking on better times returning. But the big question is when.
ENTERTAINMENT | Spy

Spy lists all the stars of dance and sport expecting little bundles of joy any minute now.