In the final edition of Beyond the Cup, two-time America's Cup winner Shannon Falcone from Luna Rossa is joined by Olympic champion sailor now broadcaster Shirley Robertson and multiple world champion Paul Goodison from American Magic, as they share their experiences of the 36th America's Cup. Video / NZ Herald 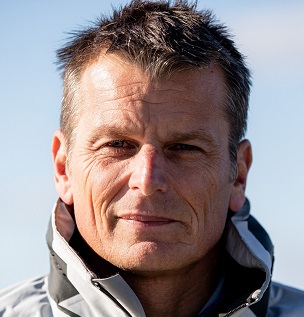 Firstly, congratulations to Team New Zealand on a truly dominant performance. While the racing was close, it was clear that Te Rehutai was the faster boat. A thoroughly deserved win.

As for the future of the America's Cup, sailing the next event as a Deed of Gift match outside New Zealand would lead to a public outcry.

I find it unusual that Team New Zealand would consider the proposed one-off event against Ineos Team UK off the Isle of Wight next year. Looking back to the days of the 1995 challenge with Peter Blake, Russell Coutts and Brad Butterworth, the America's Cup was all about a Kiwi team going to the US and bringing the Auld Mug back to New Zealand.

We saw what the event could do for New Zealand with the defences in 2000 and 2003, especially with the redevelopment of the infrastructure around the Auckland waterfront that, at the time, was pretty much unusable.

Kiwis also embrace New Zealand sporting teams, as again evidenced over the past weeks, and they love to see a major international event first-hand. I would imagine moving the next Cup abroad would not go down well with too many people.

It's also hard to see the Cup bounce back should the likes of Luna Rossa, the New York Yacht Club and other interested teams be excluded from the next one. These teams wouldn't be content with sitting on the sidelines, patiently waiting for their next opportunity to roll around.

Yes, we have seen Deed of Gift matches before but since the last one in 2010 we haven't got back to the same critical masses we had before.

Funding is now going to be key to avoid the very real risk of Team NZ losing their top talent.

John Roughan: The world is not watching - Team NZ can stand on their own feet

Many of the crew's contracts will soon run out and, once the celebration hangovers have faded, people will need to get back to work - or onto the next project.

Team New Zealand can't sit idle. They need to reemploy at least some of the team in order to keep that consistency. Unfortunately, in the early days of these campaigns, managing the cash flow is a real problem - whether the Cup has been won, lost or drawn.

Other teams will no doubt be shopping around to bolster their ranks.

Ideally, you need to secure 10 or 15 key people to drive the direction of the next defence, and also give the team something to sell to sponsors.

Design was clearly a key feature in Team NZ's campaign this time, so Dan Bernasconi and this team would be high on that list - followed by the talent of Peter, Blair and Glenn, who have driven the sailing programme from the start.

One way of reducing costs is to standardise as many of the parts as possible on these AC75s - as salaries traditionally make up over half of the budget. Losing some of the design concepts allows you to reduce the number of people involved and, in turn, cost.

Design has always been a key part of the America's Cup so allowing design flair to come through in the visible components like the foils and hull design makes for plenty of interest.

This an exciting class of boat - people enjoy watching them and the sailors enjoy the challenge of racing them.

But is also needs to be a viable class.

Cutting costs would encourage more teams to challenge and give the regatta back what it has been missing for some time - that genuine America's Cup feel.

Golfer cleared of sexual assault on a flight

He's back! Sweet reason to Tiger's return to golf

No Serena: Blow for Australian Open