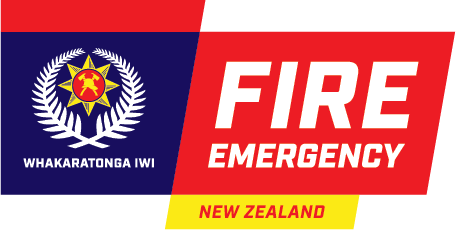 Fire and Emergency says smoke alarms in the right number and location in homes saves lives.

Dave Wills has never forgotten the tragedy that claimed the life of his grandmother when fire ripped through her Waikanae Beach home 22 years ago.

"It was a haunting and surreal experience seeing her body," he said recently when recalling the 1999 incident. "It drove home to me the importance of having working smoke alarms throughout the house."

Wills' nana, Marie Wills, was in her 80s when the fire erupted in her kitchen. Her home had just one smoke alarm and, at the time, investigators thought it might not have activated until quite late after the fire started due to the location of the alarm and how the fire developed.

Wills, who was so rocked by the loss of his grandmother that he decided to become a volunteer firefighter, said no one knows whether the alarm finally triggered or whether Marie was woken by the sound of the kitchen windows blowing out with the flames.

"My grandmother woke up and stood up into the smoke; she made for the bedroom door but then turned back, picked up the bedside phone and tried to dial out, before collapsing against the bed where the firefighters found her.

"Most people don't realise that it's the smoke that gets to you - few people actually burn to death in fires," Wills says.

Wills is still a volunteer firefighter with Remutaka Volunteer Fire Brigade and continues to spread the word about the importance of smoke alarms.

"It's absolutely critical to invest in long-life photo-electric alarms and it is critical to have the right number in the right locations," he says.

Todd O'Donoghue, Fire and Emergency's Risk Reduction and Investigations Manager, doesn't want anyone else to experience the heartbreak of losing a loved one to fire like Wills did.

"Between ten to 15 people die every year in house fires – this is 15 too many," he says. "We know you're four times more likely to survive a house fire if you have a working smoke alarm.

O'Donoghue says fire can spread quickly through a house and the smoke can kill in less than three minutes. "Working smoke alarms give you and your loved ones an early warning of a fire, and vital minutes to get out," he says.

"That's why it's so important to have a smoke alarm in every bedroom, the hallway and living areas of your home."

O'Donoghue says it is vital to have one in bedrooms because your sense of smell doesn't work as well when you're asleep. As important is to have them in all the living areas and hallways because if the only smoke alarm is at the other end of the house it might not detect the smoke quickly enough - and smoke alarms can't detect smoke through closed doors.

O'Donoghue says too many people take a passive approach to fire safety.

"If there's no visible immediate threat, installing smoke alarms tends to stay on their 'to-do' list and they don't question how many might be needed or where they ought to be located. We recommend people push the test button on their smoke alarm to make sure they are working and to check the expiry date at least once a year.

"Your smoke alarm is part of your family and if you look after them, they will protect you," he says.

Making sure there are no beefs about beef

The art of finding another family

'Sorry to my teammates': Cricket star's stunning backflip after refusing to kneel

Unvaxxed teachers to be barred from schools, learning centres from Nov 15

'I love him': Son in MIQ gets two hours with dying father