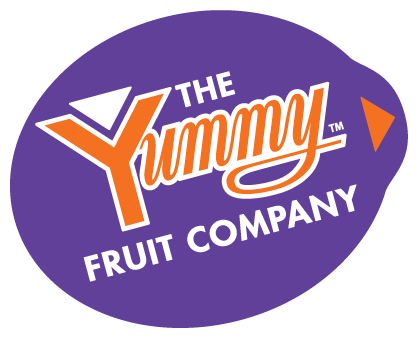 Not many people can compare a nectarine crop to a supermodel with a pimple – but Paul Paynter can.

He's talking about his nectarines, one of many stone fruit harvests disrupted by a violent, widespread hailstorm in Hawkes Bay in October.

Paynter, general manager of the Yummy Fruit Company, estimates that the national crop of nectarines will be down by 30 per cent this summer after the hailstorm.

But there's no need for panic buying as careful cosseting of the affected fruit has meant many tasty nectarines have still made it to supermarket shelves although, as Paynter says, they look a little different from normal.

"It's just a cosmetic thing," he says. "They look like they have little blemishes, little dents or round marks that have come from the hail. They look like they've been hit with very small meteors – which is exactly what happened.

"That's why it's a bit like a supermodel with a pimple – it's just an aesthetic adjustment; the model is still beautiful, even if she has a small blemish. The fruit still tastes really good because of the unseasonably warm weather we had earlier."

Supermarkets and fruit stores are now stocking the Yummy nectarines and Paynter says he wants to advise people not to shy away from the fruit because it looks a bit different: "They taste great and a lot of the fruit has recovered really well. Our thinking was if we didn't tell people what to expect, they might not pick it up and take it home.

"This way, we hope people will think, 'Oh yes, I heard about that' – and still enjoy the taste."

Peaches, apricots, cherries and plums were also affected but it is not clear yet by how much and, in the case of central Otago growers, the wet and wild recent weather there.

Paynter estimates that something like 70 per cent of Hawkes Bay stone fruit was affected, with about 30 per cent of that so badly damaged it couldn't be sold – and his best guess is that the entire national crop of stone fruit could be down in volume by 30 per cent.

Paynter says the hailstorm and the look of the fruit has also brought into focus the "ugly produce" syndrome and the vast amount of food that goes to waste around the world and in New Zealand.

Globally, an estimated third of all food (1.3 billion tonnes a year) is wasted. In New Zealand, charitable food re-distributor Kiwi Harvest have estimated 103,000 tonnes of food from commercial sources is wasted annually; 60 per cent of food going to landfill is edible – enough to feed between 50,000-80,000 people for a year, while Kiwi households waste an estimated $872m of food annually.

Love Food Hate Waste, advocates of reduced food waste, says New Zealanders throw away 157,389 tonnes of food a year - equivalent to 271 jumbo jets of food that has to go somewhere to rot, instead of being eaten, worth about $1.17 billion each year and which could feed the population of Dunedin for nearly three years.

In the US, which jettisons about 63 million tonnes of edible food a year, an article in the Washington Post earlier this year quoted advocates of the "ugly produce" movement calling for radically reducing this waste by cutting the price of fruits and vegetables that normally go uneaten because they look "too weird."

We're talking about good, fresh food that is being wasted on a colossal scale," proclaims Tristram Stuart, author of Waste: Uncovering the Global Food Scandal. He tells how, as a teen, he discovered a local farmer throwing away edible potatoes too misshapen for supermarkets.

"I think things are much better here," Paynter says. "New Zealanders are a pretty practical people and the fruit still looks good – and tastes great. In some parts of the world, like Asia, the beautiful produce element is important – people like to dwell on the beauty of the natural world and sometimes they buy something like an apple and like to look at it before they eat it. Here it's more about the taste."

Paynter also says Hawkes Bay growers will likely not rig up vast swathes of anti-hail netting: "It's too expensive. Our orchards cover 35 kilometres and it would cost a fortune. Usually, things like hailstorms only apply in a small area – you can have a hailstorm but the neighbour doesn't, for example.

"The strategy of using geography to minimise instances like that has worked well for many years; my family have been growing fruit here since 1904 and my father can remember 65 seasons back – and no one can recall a hailstorm like that one."

Crashes have caused hold-ups ahead of long weekend.
LIFESTYLE

Through their grasp: India pull off massive chase to beat Black Caps

The Black Caps batsmen must be wondering just what more they need to do.