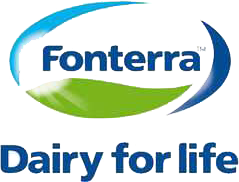 The day was called "Open Gates" It was really about opening eyes and minds.
Brian Gallagher knows. Every year he and wife Pirkko host 2000-3000 children at their Patumahoe dairy farm, south of Auckland.

While they came from all over Auckland, many were from rural schools just 2-3km from their front gate – and "I could count on the fingers of one hand how many have actually been on a farm."

It's one reason he was part of Fonterra's Open Gates day on November 11, http://www.opengates.co.nz/, when dairy farmers around the country unlocked their paddocks and cowsheds to nearly 8,500 people' .

Sixteen farms from Poroti, near Whangarei, to Mokotua, near Invercargill, hosted visitors. The event was free but people wanting to take part had to register online beforehand.

It was a rare opportunity for families to enjoy a day out on a working dairy farm, join a guided tour and chat to farmers about New Zealand's biggest business. This country is the world's largest exporter of dairy products, earning more than $13 billion last year.
Families could picnic on the land and Fonterra's Kiwi icon, Tip Top ice cream, created a unique flavour for the day.

For Brian and his fellow farmers, there's a much bigger story to tell. They know there's an important conversation about the health of our waterways and want to share what they are doing to help fix it.

They also know many people are keen to learn where their food comes from and how it is produced and that many new New Zealanders want to learn about the country's most important industry.

On their 125ha farm, Brian and Pirkko calve about 400 cows each year, and at their peak season produce about 9500 litres of milk each day.

What is the secret? Caring for the land and their animals.

"Land is important, animals are important. Without those we haven't got a business. We care for them, they care for us," Brian says.

But it goes deeper than the balance sheet: "For us, being around the Manukau Harbour, we have a responsibility that the next generation are able to partake in water activities there. I want my grandkids to able to swim in the Manukau."

Family heritage is important to Brian, as it is to many farmers. His grandmother managed the property 50 years ago. "She was the boss, completely, of Kay Gallagher and Sons – that is Grandma and my dad and my uncle."

Brian took over the farm 25 years ago. He laughs: "When I grew up, the not-so-bright kids in the class went into agriculture."

That's not the case now. "It's the opposite – we're looking for the brightest kids to go to university and study agriculture."

City dwellers discovered that shift for themselves at the Open Gates farms: "They are always surprised at how big a business farming is. When we start quoting numbers about the value and turnover of a farm, most of them are staggered."

Not to mention the technology, geared to taking care of animals and managing the environment. On today's dairy farm, mobile apps track the health of each cow and gestation period, or land-based programmes like the effluent system.

"We've invested $250,000 in our effluent irrigation system," Brian points out. "When I pull out my cell phone and show how we can turn the system on and off, wherever we are in the world, people look at us in disbelief."

Fonterra trialled the Open Gates concept last year. Brian and Pirkko were early adopters and are thrilled with the response from city dwellers.

"The response was overwhelming. We've had to cap our number of visitors at 1000, and we're not the only ones. We thoroughly enjoy it. There's a perception how farming is seen by the public and then the vast majority come out here and realise that it's totally the opposite," Brian says.

This third-generation dairy farmer is optimistic about the country's future as he watches rural practicality and urban know-how working together.

"Our industry will continue to evolve and that's challenging but it's also exciting. That's what gets me out of bed every morning."

To find out more about the day and the farmers stories, visit opengates.co.nz

The mum posted footage of herself breastfeeding while stuck in a traffic jam to Instagram.
SPORT

Lily's not the wilting type when it comes to match play