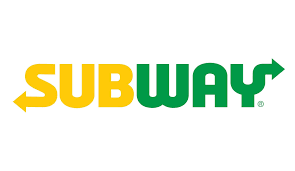 Glenn Hight, also known as the Gman, (Ngati Kahu), is a passionate musician – and Chris Cornell doppelganger – who incorporates his Maori culture into his music as TeHight, releasing from his own Wanaka Studios. He is part of family business Rural News Group, Aotearoa's biggest rural publisher. Making shuttlecocks from wine corks and his chickens' feathers is another feather in his cap.

We asked Glenn to tell us some of his favourite things about Wanaka.

Tell us something people don't know about Wanaka.
Wanaka has a high concentration of entrepreneurs and philanthropists. Also, fitness and outdoorsy people are everywhere and are drawn to the 300m-deep lake vibes.

How do you stay fresh in summer?
Cold drinks in the shade by the lakes of Wanaka and Hawea, and rivers to cool off in. We also boost to the West coast of Haast for some sea breeze.

Is there a must-see landmark when making a pit stop at Wanaka?
A 30cm powder day up Treble Cone is a must if you can time it right or head up Mount Iron for some awesome views.

What's your favourite Subway® sub and where in town do you like to eat it?
All Subway Footlong® subs down by the lake are ideal, especially by the new rowing club and Wanaka Lake tree.

No matter where you are this summer, you can Eat Fresh with Subway®.
Order your fresh faves in-restaurant, online or get fresh delivered from over 250 locations nationwide.

Lake Hawea sections sure to be snapped up

The easiest way to run a business

Farmers should "drive with the lights on"

Covid 'like having plastic bags stuffed in your lungs'