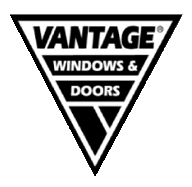 Hamish Bond, who has just announced his retirement, knows what it means to be starting out as a raw novice needing advice and guidance.

Bond says he was "really lucky" to be exposed to top rowing coach Fred Strachan when Bond was still at high school: "A huge part of the reason I progressed as I did was having his mentorship and coaching – and I want to provide that opportunity for someone else."

And that's what he is doing. In a podcast with Newstalk ZB host D'Arcy Waldegrave, Bond describes his new role as a mentor for young rowers and how his youthful first impression of champion colleague Eric Murray turned into a partnership of huge respect and success.

Bond and Murray have had the most successful career of any Kiwi rowers. Unbeaten for eight years in the coxless pairs, the duo won two Olympic golds (2012 and 2016) and eight world titles (one of which was in the coxless fours).

"When we started off, when we were in the four, I started when I was 19, I thought Eric was a bit of a dick, to be honest. We were just complete opposites… I was sort of quiet, introverted, I suppose, just studious, just getting on with my work, aware that I was young and sort of new on the scene.

"Eric was, as he is now, probably more so, as sort of big, bolshy, boofhead and everything that was going wrong in the four was initially attributed to me, the new guy. So we didn't get off on the greatest foot.

"But, over time, over our period in the four, I think we developed a degree of mutual respect and we started to understand, okay, this guy works hard and so do I. That was the foundation of our combination, really; we both knew we could work hard and have perseverance and we turned up day in, day out.

"Eric and I do have a great relationship. We had our disagreements but everything was sort of water off a duck's back to Eric. He was really good at turning the page and getting on with it."

Youth played a role in Bond's third Olympic gold – the surprise win by a young eight in Tokyo last year. The Covid-19 delay of the games was "a blessing", giving the young team an extra year of training.

"With the young guys in the [Tokyo eights] crew, we needed that extra year. The Covid delay was just one small blessing for us; if the Olympics were actually held in 2020 we wouldn't have won."

Now Bond is putting his considerable talents, plus the experience and maturity that comes with multiple Olympic and world championship gold medals, into mentoring three young rowing crews: the Bond AdVantage Programme*, powered by Vantage Windows & Doors, aiming at the next generation of rowers.

"We're taking nominations from school-aged crews," he says. "You don't have to be a top performer to be selected. You can be from the boondocks, you can be an underperforming novice crew and I'll still give it as much advice, tailored for that crew, as I can."

How to landscape a fulfilling career

Watch: 'On my hands and knees' - Sandy Hook senator begs colleagues to act after Texas shooting

Amber Heard rests case without calling Depp to the stand