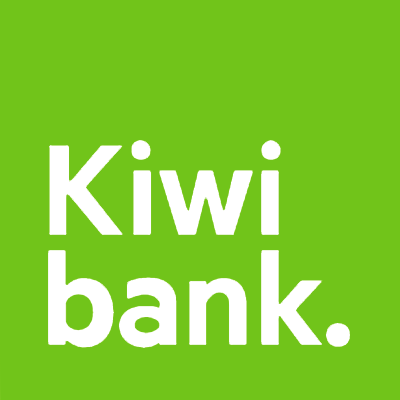 Self-employed Aucklander Rod Wood (not his real name) says a recent drop in the variable rate on his home and commercial loans will save him $17,000 a year in repayments – and may also have saved the jobs of some of his staff.

Wood, who runs video content and television production agency, has loans with Kiwibank on both his Auckland home and investment properties.

Kiwibank's recent move to lower its variable lending rate to 3.4 per cent per year – a rate a full percentage point lower than any of the other major banks – couldn't have come at a better time for him.

"It means I'll be saving $12,000 a year on my personal home loan and around $17,000 when I include the commercial loans," he says. "It's all about business survival for me; it's pretty welcome relief at what has been a stressful time."

Wood says the rate drop means he can reduce his repayments. This will free up cashflow which he intends to pump back into his business as the economic uncertainty around Covid-19 continues to be a worry.

"We do a lot of film shoots and at lockdown it looked like we weren't going to be able to do so, it was pretty scary," he says. "We're actually doing better than we expected and have managed to retain our staff (he employs six) but we still don't know what's around the corner so having extra cashflow gives me more flexibility."

Most of Wood's debt (about two-thirds) is on a variable rate and his decision to move to Kiwibank late last year has, he says, proved to be good and fortuitous in light of Kiwibank's rate reset.

"I had been with another bank for years but recently had had a few niggles so I thought it would be good to give Kiwibank a go."

In addition to a loan on his home in Auckland where he lives with his wife and a son (aged seven) and daughter (five), Wood has loans on a few investment properties which are a mix of residential and commercial.

He says he will keep his repayments lower for the short-to-medium term to keep cash in reserve: "I'm also using the extra funds to get rid of things like credit card debt which will also help if I need any future borrowings."

Kiwibank's General Manager Products, Nicole Pervan, says Wood's case is an example of how the bank's new variable rate will put millions back into the economy.

She says the market-leading reset to variable rates comes at a time when New Zealanders are still living and working under the shadow of Covid-19 with many looking for ways to reduce their outgoings and put money away for a rainy day.

"Our variable rate home loan gives customers real choice because it gives them breathing space if there is any uncertainty in their household and they are not locked in to a specific term or maximum repayment amount," she says.

"They can choose to pay more than the minimum to reduce the length of their home loan or use the savings in some other way."

Kiwibank says a customer with a $400,000 home loan at 3.4 per cent (per annum) over a 20-year term would be better off by $108.75 a fortnight when compared to the average repayment amount of the four main banks for the same loan. It also says borrowers who keep repayments at the old amount could take two-and-a-half years off the term of their loan.

The New Zealand bank has more than 66,000 customers with a home or business loan, of which around half will benefit from its lower variable rate.

Overall, the new rate - which is available from today for the bank's existing customers – will collectively save borrowers $20 million in interest per year (according to the bank's figures).

"This means $20 million in interest will be going back to our customers just when they need it. This is how Kiwibank helps Kiwis," says Pervan.

To find out more visit www.kiwibank.co.nz

The yoghurt that has nothing to do with cows

Easy meals your heart will love

Why China's household size is shrinking

Buying a car the no-stress way

Juha Saarinen: How we created the ransomware monster