Flying enthusiast Terry Longley videoed as his plane was repeatedly struck by a laser beam from a Napier backyard while he was on a lunar eclipse joyride on Friday night. Video / Terry Longley 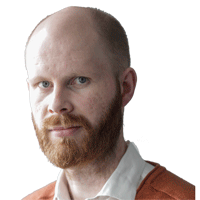 The Hawke's Bay pilots of a plane struck repeatedly by a laser beam over Napier decided to circle around the area in a bid to pinpoint the exact location of the person wielding it.

Terry Longley and his co-pilot were on a joy flight over the region on Friday about 9.15pm with the aim of seeing the spectacle of a partial lunar eclipse from the air.

While cruising at several thousand feet they decided to jet back across Napier to see the city at night, and as they approached the CBD "the whole cockpit just lit up" with a blue flash.

Longley immediately knew it was a laser beam, the third time he's been hit by one in 16 years of flying.

But with a clear night and no need to descend, the pair made the decision to collect evidence from the sky in the hope that the Civil Aviation Authority or police would have more than just a written report to help them find the culprit.

So Longley turned on his phone camera and filmed as they flew towards Napier South. Near Marine Parade and its intersection with Te Awa Ave, the light shot up from a backyard.

"On a night like that it's actually very easy to pinpoint a laser beam," Longley, who's handed the footage and a suspected address to the CAA, told Hawke's Bay Today.

He said the laser holder had committed what amounted to an incredibly dangerous act that could easily blind a pilot at a time when they needed every ounce of their vision to stay safe.

"We weren't in a critical phase of flight as such, but if it had been during those critical seconds and minutes as you're coming in to land it is completely different.

"I just don't think people realise just how bright it can get in the cockpit if you get struck by a laser.

"It can do serious harm, even if you're blinded for 30 seconds during a critical phase that's just incredibly dangerous."

He said the beam had continued to hit the plane for 10 to 15 minutes and the pair of them decided to switch off their lights so that it was harder for the person behind the laser to locate them.

"Laser technology over the past few years has got so much better and people are getting their hands on these really high-power things, even though they're illegal."

Longley said he hoped his evidence would be enough for someone in authority to doorknock in the area.

"It's obviously extremely hard to prove - all they have to do is hide the laser and say it wasn't them, but there have been convictions in the past."

The Civil Aviation Authority received 143 reports of laser attack incidents across New Zealand last year, down from the 235 incidents reported in 2019 however the 2021 figure already exceeds last year.

The trend over the last five years has been steady – the impact of Covid-19 lockdowns and restricted mobility may have affected the last two years of activity.

So far this year, 161 laser attack incidents have been reported across the country.

The CAA's Deputy Chief Executive – Aviation Safety – David Harrison said pointing a laser at a plane could cause temporary blindness and puts lives at risk.

"People are not aware of the significance of it. It's sort of a lark, or a fun thing to do, not recognising that actually they're causing a real safety issue and creating a danger for pilots and passengers."

If anyone who knows of someone with a laser pointer, they should make them aware of how significant it was to point it at an aircraft, he said.

"CAA will take enforcement action if it obtains details of anyone who endangers an aircraft with laser attack," Harrison said.

If a person is charged with "endangering transport" the maximum sentence is 14 years imprisonment.

He says it's extremely concerning that records kept by the Civil Aviation Authority (CAA) show laser strikes are continuing to increase year-on-year.

"The CAA's own data shows that the number of laser illuminations continues to rise. We urge anyone with these laser devices to seriously consider the dangers and consequences of such behaviour."

Body found in Auckland believed to be missing 91-year-old

'I just want him to get help': Man stabbed by stepson five times