The rap duo know it too - their bold rhymes and aggressive attitude gives their second album together as Run the Jewels a thrillingly kinetic kick.

"Last album voodoo, proved that we're f***ing brutal, I'm talking crazy, half past the clock is cuckoo" is how Killer Mike sums it up on Blockbuster Night Part 1, a future-grime stunner that sums up their current form.

That cockiness is a good thing, especially when the pair's interweaving flows - at their best on the slurred soul of All My Life - are delivered with knowing smiles etched across their faces.

Their form is catchy too - they even score a rare appearance and killer verse from Rage Against the Machine's Zach de la Rocha on the towering fuzz-thump of Close Your Eyes.

Secondly, thanks to a fan campaign, they'll be releasing a version of this album made entirely by cat noises, called, Meow the Jewels.

Thirdly, they'll be here in January. They may take your jewellery. You have been warned. 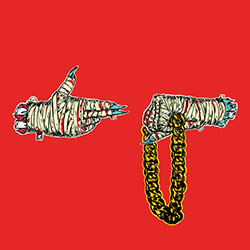 Karl Budge: Pandemic has left many in NZ sport terminal. Here's why - and how to fix it.
BUSINESS