Whether you’re looking to buy or rent, OneRoof.co.nz has everything you need to find your dream home.
© Copyright 2020
NZME. Publishing Limited
test test test
GoT to flashback in new season
17 Oct, 2014 2:40pm Quick Read

With two new Prince albums, the reissue of two Hendrix albums (Cry of Love, Rainbow Bridge) and the next instalment of Hunger Games pending (he continues in the role of Cinna), it seems timely to mention Lenny Kravitz, a man whose musical career often seems incidental to his image. You would rarely accuse him of originality and his reference points remain somewhere between Hendrix, Prince, 80s stadium rock-pop and lyrics with a lot of "get it on" and sexual suggestion.

However, on Dirty White Boots, lines like "take your knickers down and give me that treasure" come up a little light on innuendo. Kravitz has long been a purveyor of the obvious, whether it be in his musical influences (Heart of Glass-come-funk on the disco groove of The Chamber and New York City, and a cover of Smokey Robinson's Ooo Baby Baby) or his cover art (abs and tats, leather pants). That said, you have to admire the whole tongue-in-chic of it all, and the soul/hard rock wheel doesn't actually need reinventing.

Pull your dancing shoes on, wave the cellphone for the ballad She's a Beast and sing along to canyon-wide choruses. Teflon but fun. 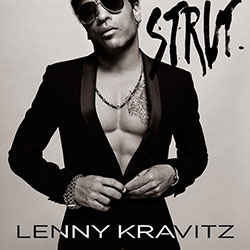 Label: Roxie
Verdict: Good times on the dance floor but not a lot more

The one question Prince answered

All the action from day two of the first test between the Black Caps and India.
BUSINESS

The one where they get back together: Friends reunion confirmed