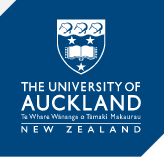 Research suggests surprising factors may be at play in disorders like obesity and diabetes.

Chronic disorders like obesity and diabetes may not just result from the "usual suspects" like lack of exercise and unhealthy eating habits, ground-breaking research in Auckland is suggesting.

BiologIsts at the University of Auckland's Liggins Institute believe they have pinpointed evidence showing drivers of the disorders are contained in areas of the body not usually thought of as being factors – breast tissue, brain tissue, skin and blood among them.

On the other hand the study has found few connections to visceral or abdominal fat – tissue which is usually strongly associated with the risk of developing disorders like type 2 diabetes.

He says the study, which comes as the obesity rate among Kiwis is among the highest in the world, suggests similar genes may be contributing to the onset of chronic disorders because they so often affect the same people.

O'Sullivan, a leading molecular biologist, says while environmental factors (like unhealthy eating) are important the genome, which contains all the instructions for a person, interacts with these and this interaction impacts risk. Why this is so is not yet fully understood.

But the team's work is providing new information and a different viewpoint about the genetics behind the disorders – work O'Sulliuvan hopes may ultimately lead to better treatments and ways to prevent them altogether.

"It is possible now to say at birth whether a person is predisposed to type 1 diabetes to 92 per cent accuracy, but this information has no point unless something can be done about it."

O'Sullivan says merely telling someone they may develop a disorder is like saying 'bad luck, you've lost the lottery'. "What we want to do is tell them they've won the lottery because we can do something to help you."

He says it is still early days: "We can tell a great story, but until it is clinically proven we can't categorically say we have the answers. There are so many times when we say we do and it turns out we are wrong - so we are excited, but sceptical.

At the same time ministry figures show that to June 2018, over 240,000 New Zealanders have been diagnosed with diabetes (mostly type 2) and it is estimated another 100,000 have the disorder but don't know it.

The university's research claims to have uncovered a better understanding of the genetic basis for obesity and type 2 diabetes and says it represents a major leap forward in knowing why the conditions so often go hand in hand.

"Until now scientists have struggled to untangle the genetic links between the two conditions," O'Sullivan says.

The team has found DNA markers linked to diabetes and obesity can act together to alter how genes behave by focusing on single nucleotide polymorphisms (SNPs), which are regions of DNA commonly varying between individuals.

Some fall inside genes, but most fall outside them in segments once believed to be little more than inactive spacers between genes.

O'Sullivan says the theory is that SNPs outside genes are brought into contact with, and influence the working of, far-off genes through the way DNA is tightly coiled inside the cell nucleus.

"We can't tell if the SNPs themselves are causing the disorders through changing the way genes work, or if it is something nearby on the same DNA segment," he says. "But we believe SNPs offer a key to unlock the riddles of many diseases and disorders that can be passed from parent to child, but do not seem to pass directly through the genes."

He says while the SNPs that predispose people to obesity are different from those linked to type 2 diabetes, their research has found many instances where SNPs for both are in contact with, and change the functioning of, the same gene.

"We are trying to understand why these changes occur. If we can, it may be possible to be more pro-active in developing preventative measures and personalised treatments. But we don't know for certain and the next stage is clinical testing of our theories."

O'Sullivan says the human body is an amazing but complex system and likens its functioning to city buildings: "Taken together they (buildings) give the city its character, but the electrical wiring in each is different. The body is the same, each cell having its own particular wiring.

"We think SNPs act like switches and can turn a gene up or down. But when the switch doesn't work as well as it should is when disease may occur."

Although O'Sullivan's research initially focused on obesity and type 2 diabetes, his work has broadened to include the genetic impacts on type 1 diabetes and many other chronic diseases such as Parkinson's, muscle disorders and even mood disorders like schizophrenia and bipolar disease.