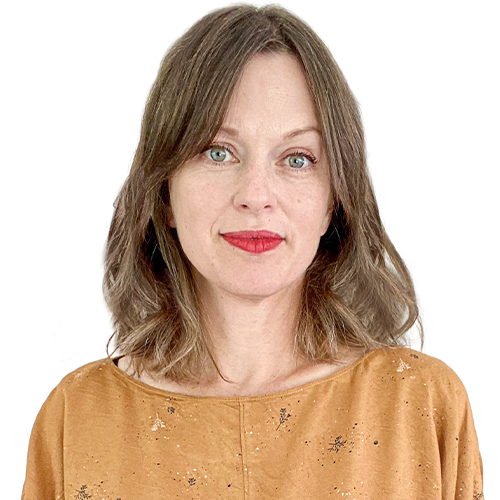 For more great holidays at home, go to nzherald.co.nz/goNZ

I gazed up from the comfort of my bed at the night sky, a mottled canvas of stars. A dazzling show of constellations, shooting stars and the occasional satellite whizzed across the heavens. Outside the wind blew through the tussock. Something small - a skink, or maybe a rabbit - dashed past. Somewhere outside, sheep were sleeping, or perhaps watching too.

I was spending the night in a PurePod - a remote, five-star, backcountry hut, constructed mostly of glass. There are eight scattered across the South Island.

Each is in a dramatic landscape, allowing for complete immersion in nature - and the opportunity to pod-hop across the country. Inside, the pods are modern and luxurious, but the true extravagance is blissful isolation and views that run for miles - out to sea or across farms, valleys and vineyards. Immersed in the landscape, the pod is designed to take guests completely off-grid - there are no plugs, electricity or Wi-Fi and an information book includes an apology to anyone able to locate a 3G signal.

This is the Kiwi concept of luxury, something quite different from the global standards of six-star facilities, degustation menus and private butlers. It is space and remoteness that defines the exclusivity of New Zealand's most high-end accommodation.

There was no one on hand when I arrived at Manakau PurePod, set on farmland 20 minutes by car from Kaikoura. I followed instructions to leave my vehicle at a secure parking area and donned a pair of gumboots that had been left for me at the gate to hike the final 10 minutes to my pod for the night.

At first sight the pods are simple rectangular glass and steel box structures - they are designed to be modern but unobtrusive in the landscape. They are small, but the crisp white bed, small dining table and lounge chairs on the deck outside provided plenty of opportunities to settle in and enjoy the views. Although the PurePods are self-catering, prepared dishes can be arranged that need just a few finishing touches to produce a three-course meal. That evening I enjoyed a tasting board of smoked and soft cheese, then a garden salad and venison steaks cooked on the Weber barbecue outside.

Later, looking up at the night sky, I fancied I was sleeping inside a giant snow globe. The pods, with walls, ceilings, doors and even floors made of glass, are set on foot-high foundations that give the impression of hovering slightly above the earth. Each pod is hidden in a location so remote that no one - not even the landowner - can see you. The bedhead, bedside table and chairs are clear plastic, and even the bathroom walls are glass, leaving guests to shower in a totally private but utterly exposed environment. Other than a timber wall that separates bedroom and bathroom, nothing is allowed to disrupt the view.

Each pod is also an incredible feat of sustainable engineering: the water is spring-fed, solar panels provide heating and power, and wastewater is filtered through a treatment system powered by earthworms before being reused on the land.

Waking up on the first morning, looking out across fields and mountains as far as the eye could see while enjoying the fresh ground coffee, home-made muesli and fruit compote left for me, it felt as though I was staying in a room that had fallen from the sky. Manakau PurePod sits on a working farm, which was completely cut off by the devastating earthquake of 2016, with no roads in or out. Since reopening, this has been one of PurePods' most in-demand locations.

Having a staycation? How to live your best Auckland life

Self-isolate in style: the best NZ retreats to escape from virus-mania

The land, dominated by the massive Seaward Kaikoura mountain range, is owned by Tony Blunt, a third-generation farmer who will often pop out to greet new arrivals as they drive in, particularly if the waterways leading on to the property are swollen - the road in requires the fording of three streams and culminates in a narrow wooden bridge, and he likes to be sure guests feel confident.

Our land of earthquakes and volcanoes is particularly vulnerable to the whims of nature. My next stop - the craggy Banks Peninsula, three hours' drive down the earthquake-scarred coastline - is a remnant of two massive eruptions eight million years ago, which raised the land 1500 metres above sea level.

Atop all this dramatic scenery sits one of the newest PurePods - Pohue. After an hour of twists and turns from Christchurch, then a blood-pumping 25-minute walk through scrub and farmland (leave luggage out of sight in the car and carry only what you need), I arrived for another night in the great outdoors.

Crossing a moss-covered fence line, I caught my first view of home for the night - a pod tucked beneath a stand of macrocarpa trees, fenced off to prevent the local sheep from wandering too close. The view was of muscular hills, rocky outcrops, and the deep blue Port Levy Bay below. The aspect of the pod allows for a sunset through the back wall, then a sunrise through the front. The inclusion of a birdwatching guide, planisphere and telescope provided the perfect activities to while away the evening, before a meal of local salmon and new potatoes grilled on the barbecue, then slices of baked cheesecake.

At dawn, a flock of sheep appeared as greenfinches warmed their breasts in the new daylight. It was another glorious scene to wake up to.

For my final night, I headed to the Waipara Valley, one of the country's best-known wine regions. Waipara benefits from hot summers and low rainfall. The result is clay and limestone soils that produce world-renowned pinot noir, riesling and chardonnay, with more than 100 vineyards and 30 wineries in the small valley.

Above the chardonnay grapes of the organic, biodynamic Greystone vineyard, the PurePod of the same name puts visitors at the very heart of things: I drove directly past the cellar door to reach the PurePod and was later invited to an impromptu wine-tasting to select that all-important bottle for the evening. Dinner included Canterbury rib-eye steak and roasted wedges with chargrilled vegetables. There was also a delightful local cheeseboard of blue brie, cumin gouda and pickles.

Although built to a template, each PurePod offers a remarkably different experience - whether it's a chance to experience New Zealand's wild forces of nature or the pleasures of local gastronomy.

Here in wine country, I was no longer isolated from the world but amid one of New Zealand's most cherished industries, with the vines out back and the Waipara valley ahead. It was an entirely different perspective on the country.

I turned the lights off at dusk and, with a fine wine in hand and exceptional view beyond, settled in for another off-grid night under the stars.

Choose from igloos in Lapland, tents on the Mars-like terrain of Jordan or environmentally friendly domes in Chile

Since opening in 2001, this collection of sustainable eco-domes in the Torres del Paine National Park has garnered numerous awards for its environmentally friendly ethos, not to mention the accolades for its homely and rustic design, inspired by the indigenous Kaweskar tribe and consisting of natural wood floors, low-emission wood-burning stoves, and locally sourced furnishings and ornaments. It's a comfortable base with plenty of opportunities for discovery, including wildlife safaris, excursions on foot, bike, kayak or horse, and guided treks in search of elusive puma.
ecocamp.travel

The glass "igloos" of Levin Iglut sit in near-isolation in the northern Finnish wilderness, beneath an unpolluted Arctic sky that, for six months of every year, shimmers with the aurora borealis. Each of the 24 pods contains a bed beneath a clear dome, so guests can lie down in warmth and comfort and gaze up as the lights play out above. Or, if the spirit of adventure takes hold, they can head out into the frozen wastes on snowmobiles, husky safaris, reindeer sleigh rides or snowshoeing expeditions in the company of a hotel guide.
leviniglut.net

Set amid the stark, red-hued desert sands of Wadi Rum, Sun City Camp's spread of orb-like tents evoke sci-fi images of space pioneers settling the inhospitable Martian wastes (indeed, the Unesco-listed valley has stood in for Mars in more than one Hollywood blockbuster). That said, Sun City Camp offers a few more creature comforts than might be expected on the galactic frontier, from minibars and fruit baskets to plush beds that, through floor-to-ceiling windows, afford sweeping views of jagged mountain peaks by day and star-clustered skies by night.
suncitycamp.com

'Moron' tourists hunted down by Venice Mayor after surfing along canal