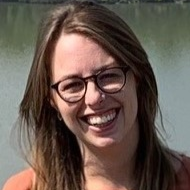 VIEW PROFILE
The many charms of Marlborough provide a feast for the senses, writes Anna Harrison.

Every so often you find a view that stops you in your tracks. Something so jawdroppingly beautiful, you're paralysed for a moment and can't tear your eyes away.

I find such a view at Bay of Many Coves, a luxury lodge tucked away in the Marlborough Sounds.

Stepping off the boat on arrival, I want to do everything at once - climb to the top of the hill to see back to Picton, grab a kayak and go looking for little blue penguins, sit in the hot tub overlooking native ferns.

But in the end I flop myself down on the couch with the windows wide open and just stare.

The water glitters across the inlet to forested hills, dotted with the odd bach on the other side. Then, as the sun drops, a shadow stretches across the little bay, cooling the water, leaving only the hills wreathed in light.

Finally the dusk flares up to make the clouds glow pink before they too lose their colour and night settles.

They said it would be quiet but it's not. You can hear the small waterfall bubbling in the bush and weka stomping through the undergrowth, foraging for food. And there's the sound of the shags' wings slapping the water as they fly long and low, out from their scraggy tree at one side of the bay and back again, tearing seams in the fabric of the water. It's utterly mesmerising.

The next day, however, I do want to explore further. Steve, from Wilderness Guides, picks me up on the water taxi and we make our way out to Ship Cove, escorted part of the way by dolphins jumping in our wake.

Totaranui, or Queen Charlotte Sound, is storied with history and significance. It's from here, the prow of the South Island, that Maui pulled up the North Island with his jawbone fish hook.

And it's here, that in spotting the strait that now bears his name, Captain Cook discovered the Southern Continent did not exist.

Ship Cove is where Cook spent most of his time in New Zealand on his various voyages in the 1770s - restocking supplies, cleaning the hull of his ship and trading with local iwi. It's a sheltered bay and, standing on the shore, I can imagine the relief of weary waka paddlers and weather-beaten sailors after making it across that treacherous strait. Ship Cove is also the start of the

, a 70km multi-day trail frequented by mountain-biking enthusiasts and trampers. But as the clouds gather, Steve suggests we skip around a few bays by boat to walk the more sheltered section from

. This part of the track hugs the coastline and meanders through regenerating native bush.

When we eventually have to get the jackets out, I keep peering out from under my hood to grab glimpses of the sounds-moody and mystical as the cloud melts into the sea.

When we get to Punga Cove, the bar down at the jetty is open, so we shake off our jackets and settle in to wait for the boat.

Soon enough we are joined by a bunch of burly fishermen in big coats and boots. They range themselves around the small bar, ordering rounds of beer, and laughing at their mate "Tinkerbell" for drinking cider. Together, a dozen of us watch Waikato thrash King Country on the big screen while the rain sets in outside.

Just as the bartender runs out of Steinlager, prompting outrage from our seafaring friends, the water taxi arrives to take us back to Picton. From there it's a 25-minute drive to Blenheim, where I'm keen to make the most of the region's wineries - apparently responsible for three-quarters of the wine produced in New Zealand.

It seems a bike tour is the best way to go - that way you get around a few tastings and don't have to worry about driving. My guide Basil, from Explore Marlborough, is a lovely retired man who used to be a scientist in Wellington but now spends his time making olive oil and showing visitors around.

The climate here produces hot days and cool nights - perfect for sauvignon blanc, he says, but it also delivers some excellent pinot gris and pinot noir. The winemakers aren't afraid to push the boat out either - I try a lovely rich red montepulciano at Framingham, an experimental apple cider-pinot gris blend at Giesen and an amber-coloured dessert wine at Gibson Bridge that is like honey After sampling four or five at each cellar door, it's good to get on the bikes and get moving as the breeze in my face cools my warm cheeks. And as the day goes on, I feel more and more content until it gets very hard indeed to swing my leg over the bike.

But if I thought I had experienced all the best Marlborough has to offer, there's one more surprise in store. Although I have no particular interest in planes or war history, the aviation heritage centre at Omaka is outstanding and the

Knights of the Sky

exhibition has me enthralled.

It was set up 10 years ago after film-maker and aviation buff Sir Peter Jackson told local enthusiasts, "If you build the space, I'll fill it". And he did, installing his personal collection of World War Iaircraft and memorabilia and getting the talented people at Wingnut Films and Weta Workshop to stage it. It's like stepping into a series of freezeframe movie scenes. And the incredible stories they tell

. . . There's the Kiwi pilot Keith "Grid" Caldwell whose plane was crippled in a mid-air collision. Caldwell climbed out on to the wing and managed to steady the plane, flying it close to the ground so he could jump to safety.

Then there's the legendary Red Baron - who I only know of, embarrassingly, from Snoopy's Christmas. Turns out Baron Manfred von Richthofen was Germany's top-scoring ace, with 80 downed aircraft and this scene shows his last flight, with his famous red plane crashed in the mud, Aussie troops stripping it for souvenirs.

Past those planes you can look back to the start of the exhibition and see the incredible technological change over just a few short years - Apple eat your heart out. The centre is puttingthe finishing touches on a new World War II exhibition to open in October, and when I hear it's possible to go for a joyride in one of these old planes, I start planning my return.

Taking to the skies over fields of vines with snow-capped mountains in the distance? Just imagine the views.

Bay of Many Coves
Luxury lodge - and cafe, if youwant the 5-star view for the cost of lunch
bayofmanycoves.co.nz

Explore Marlborough
Cycle tours through the wineries around Blenheim
exploremarlborough.co.nz

The writer travelled courtesy of Destination Marlborough and Air New Zealand, which flies direct to Blenheim from Auckland and Wellington.

5 Ways to Live a life of Luxury in Perth