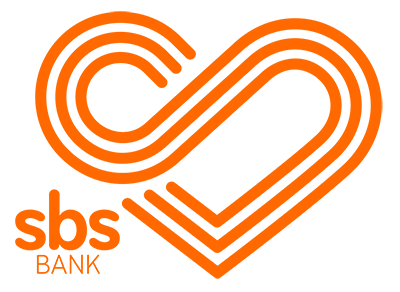 Kiwi homeowners drew down $106 million of reverse equity mortgages in the year ended June 30, 2019 – up after many years of sitting around the $50m annual growth mark.

These loans allow homeowners aged 60-plus to borrow money against the equity in their property and Shaun Drylie, Group Chief Executive of SBS Bank, says while more retirees are realising the benefits of being able to unlock the wealth tied up in in their home, there are many more who aren't considering this type of loan because there's uncertainty around how they work.

"While demand has gone up in recent times, a lot of people still don't understand reverse equity mortgages well enough to look into whether they're a good idea for their situation. They don't realise there is a way to access the extra money they may want, without having to make regular repayments or sell their home."

SBS has launched an updated version of its reverse equity mortgage (REM), called Unwind, offering older customers greater control over their finances and the freedom to help enjoy the kind of retirement they've always dreamed of, says Drylie.

"Unwind is easier for people to understand and we feel it meets the needs of retirees a little better."

With interest rates on savings and investments dropping, plus the cost of living escalating and superannuation payments unable to keep up, many older Kiwis find they really have to tighten belts once they stop earning a wage – yet they have hundreds of thousands of dollars tied up in the home they own.

"REMs are not a silver bullet for everyone and, in many cases, people may be better off downsizing their home or selling other assets if they want to free up some cash," Drylie says. "But, for some people, it's a really good way of having money to spend while being able to stay in their house."

Customers don't have to make regular repayments with a REM. The balance of the loan, which grows over time due to the interest compounding, does not need to be paid back until the property is sold or when the last of two residents nominated to live there moves out or passes away.

You need to own your home outright to be eligible for a REM or have a standard home loan small enough to be paid off by drawing down the REM. The amount of money that can be accessed with a REM depends on the age of the youngest resident nominated to live in the property and the value of the home.

An independent survey of SBS's REM customers (by Ace Insights) shows around 50 per cent use REM cash to pay for home improvements while 41 per cent put the extra funds towards day-to-day expenses. The money also goes on travel and holidays, new cars and appliances, healthcare, helping out family members and repaying other debts.

SBS Unwind's loan repayment guarantee means the amount repaid at the end will not exceed the net sale proceeds or registered valuation of the home, provided you meet the terms of the loan, Drylie points out. Even taking into account the interest added to the original amount of the loan, you may still have equity in the home by the time it is paid back in those later years.

If you are still concerned that you may not have remaining equity to pass on to your family, you can also agree with SBS to protect a proportion of the equity in your home to help achieve this. An $80 Equity Protection Fee will apply.

"When you fully understand how a REM works," says Drylie, "you can see that it has a lot to offer some people and gives them options they might not have otherwise considered."

A man has been videoed throwing eggs at a car outside a mall in Kelston.
LIFESTYLE

Lee Suckling: Why New Zealand feels like the 90s again

New Zealand is looking back rather than moving forward, writes Lee Suckling.
SPORT

A mystery man who cashed in on fast food has cracked the NBA's rich list.