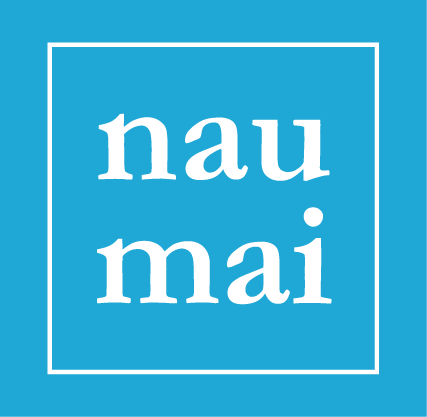 The irony of ZM radio presenter Cam Mansell living close to Sylvia Park isn't lost on him, given as he has a strong dislike of malls but the majority of out-of-town visitors seem to inevitably want to visit New Zealand's only Zara store, located in the middle of the giant mall. But Mt Wellington has so much more to offer, he says, from the beautiful natural scenery found in East Auckland on offer through to the diverse range of family-run eateries dotted around the place.

There's the Eastern beaches – perfect for a sunny Sunday walk along the coast, running from St Heliers to Kohimarama, but there's also the spectacular views offered from the top of Mt Wellington, which not only looks out over the city but over the harbour as well.

Here, Cam shares his ultimate plans for a relaxing but nature-filled weekend in East Auckland and beyond.

Where are your favourite places for a lazy weekend brunch or lunch in Mt Wellington?
There's a reasonably new café called Wren, on Lunn Ave, and I love their food, it's super delicious, they do everything from vegan bowls if you're wanting a more healthy vibe, or if it's your cheeky cheat day, they do a 20-minute pancake: it's not a flat pancake, it's almost like the pancake is a bowl and then it's filled with amazing berries and crème fraiche. Over the road in Panmure, there's a place called Peaches Hot Chicken, it's basically Nashville style hot chicken and they do fried chicken on Belgian Waffles, it's very low-key. There are so many great little spots in Panmure that you don't even realise are there until you dig deep.

Where is your favourite place to go for a walk or run in Auckland?
The Panmure Basin is always a nice spot to go for a walk or a run, it overlooks the water and it's surrounded by trees. One day when I was there, there were these giant, pelican-sized shag birds and they were nesting up the walkway. There's also a super nice walk from Takapuna up to Milford, it's one of my favourite places. You rock-hop along the coast and you get beautiful views of Rangitoto, and across the Hauraki gulf.

Where is your favourite spot to take friends from out of town to?
Piha – just with my job, a lot of people who come in from overseas, they see Piha online and they're mesmerised by it. But even for people from other parts of NZ who have never seen a black sand beach, it's pretty crazy experience. Last weekend I did the Mercer Bay Loop, which is up from Piha. I have not appreciated NZ's coastline as much as I have since doing that walk – it's crazy to think were just on this island in the middle of the ocean. I always love a walk to a waterfall, so Kitekite falls is also beautiful.

Where is your favourite island in Auckland to escape to?
I actually was on Rangitoto a couple of weekends ago, walked up the volcano and it's so nice being out there, especially at the moment because there's not thousands of tourists. So it's super chill – we were one of six other people at the top, so it's super quiet at the moment and great if you want to get out in nature but don't want to go too far.

Where is your favourite spa in Auckland?
One time my friend bought me a voucher for Chuan Spa and I'm not going to lie, I've never experienced anything like it in my life. There's a random ice shower that drips ice onto your back before you get a massage and then you can go and get a sauna, and then once you're done, there's a spa pool you can go sit in, which is on the rooftop, so it's open-air.

Best spot for a date night
I always love going to the theatre – a cheeky little pre-theatre dinner, at one of the many amazing eateries, a little feast somewhere close by and then The Civic is always such a beautiful spot. I love the roof, how there's the stars. It's such a beautiful building.

Place to indulge in a special treat?
A cocktail at Caretaker – when you go in, they ask you what kind of flavours you like in a cocktail and what you feel like drinking and they'll make you a custom cocktail based on what your preferences are. I've been a bunch of times and every time I've tried a different drink and every single time, it is delicious.

Level 3 in Auckland: What it will look like for schools

Takeaways available from tomorrow - but some not taking cash