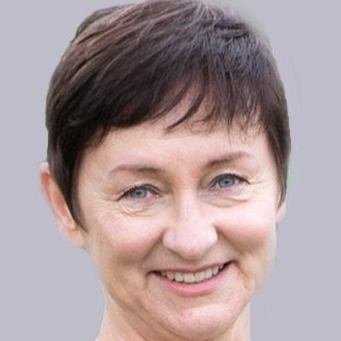 Your Money and careers writer for the NZ Herald

Thousands of Kiwis will be letting their homes, sleepouts and spare bedrooms to visitors during the Rugby World Cup. Most of these lettings will go without a hitch.

Nonetheless, it's essential to have a written contract with the "tenant" in case things do go wrong. Not just any contract will do. Holiday tenancy contracts are different from the standard agreements supplied by the Department of Building and Housing (DBH) for ordinary tenants. That's because the DBH contract, or other conventional agreements, come under the Residential Tenancies Act (1986), which doesn't work well for short-term, nightly or weekly lets. If anything goes wrong, the homeowner would need to wait weeks for a Tenancy Tribunal hearing - by which time the house may be trashed and the tenant left NZ for good.

Anyone letting their property short-term needs a specialist agreement. The salient points of such an agreement, says Scotney Williams, of the Tenancy Practice, are:

1. The agreement should require payment of a bond up front.

2. It should allow the bond to be held in the landlord's bank account and not be paid to the DBH.

3. The agreement should require full rent well in advance for the whole period of the holiday. A conventional agreement would be limited to two weeks' rent.

4. The agreement would allow the homeowner to take credit card details to debit later if there are losses or damage in excess of the bond. "This would normally be unlawful if it was a conventional tenancy agreement," says Williams.

5. The agreement should enable the landlord to terminate the tenancy in certain specific conditions, such as "causing serious damage" to the property. The owner could then call the police to have the tenants removed as trespassers.

Homeowners need to choose their tenants with care. The difficulty with DIY holiday letting, says Leslie Preston, general manager of Bachcare, is that homeowners don't necessarily read the cues that an experienced holiday letting firm might.

"Kiwi owners need to move beyond the 'number 8 wire' mentality of doing it yourselves," says Preston. "We know of numerous instances of owners [who] did not properly screen and vet the guests, did not have a local person on the ground keeping an eye on the house, and did not have the protection [of a written agreement] in place should anything happen."

Diana Clement: Investing overseas can be a tricky business

Diana Clement: Teenage money habits can last them a lifetime

Diana Clement: What to do when property investment turns ugly

Buses replace trains so Cup work can be finished

Owners need to be careful regarding the terms and conditions in their agreements about parties, maximum persons allowed onsite, and damage. "Owners should ensure expectations are clearly understood by all parties," says Preston.

One trick to be aware of is that property owners should align the bond with their insurance excesses, in order that the owner is covered in case of damage, says Preston.

She adds that credit card payments give an added level of security for owners and protection of their home. "Cash bookings have an inherent risk should damage occur.

In Bachcare's experience, we find guests look after houses better knowing that their credit card has been put down as security and could be used for damage."

Owners wanting to charge by credit card will usually need to use a booking service.

There are companies owners can use to take one-off or a small number of credit card payments. They include RentOnTime.co.nz and its sister company, Flo2Cash.co.nz.

Credit cards can work for all parties, says Preston. "Our rental guests can book instantly, securing their favourite holiday accommodation."

The other option for owners who don't want to let their home long term via a firm like Bachcare or Bookabach is to use one of the sites listed on Tourism New Zealand's directory. Owners may prefer to choose one that takes online credit card bookings, rather than simply a listing site that directs tenants to deal directly with the homeowner.

* Williams has prepared a tenancy agreement specifically for the RWC, available via www.tenancypractice.co.nz.

Reserve Bank hits back at critics with hawkish statement

Top architect gets $10m-plus for his Remuera mansion

Nelson to New York: TV's David Lomas and an emotional reunion of long-lost father and son

Shane Te Pou: Not every workplace dispute amounts to bullying