Whether you’re looking to buy or rent, OneRoof.co.nz has everything you need to find your dream home.
© Copyright 2020
NZME. Publishing Limited
test test test
Boxing Day tsunami - 10 years on
15 Nov, 2014 4:00am Quick Read

An agent who evaded the Nazis to send coded messages to Britain is to be honoured by France. Andrew Stone writes about a modest war hero who lives quietly in Auckland.

Inside the black-painted B-24 Liberator, Phyllis Latour - code name "Genevieve" - got ready to jump. The 23-year-old agent had spent months immersed in secret tradecraft to prepare for this moment.

Through his headphones, Texan Jose Morales, one of the aircrew, was told by pilot Jerome Crance to lift the hatch in the fuselage floor.

As the cold night air swept into the plane, Latour dangled her legs through the opening. Morales attached a static line to Latour's parachute overalls, an unfashionable outfit agents called "striptease suits" because they had to rip them off the moment they hit the ground.

She had a small spade strapped to her leg to bury the clothing and her parachute. She had already been told about the pills agents carried - Benzedrine to stay alert, and the so-called "L-tablet", a rubber-encased suicide capsule. Death would follow in 15 seconds for an agent who bit on it.

At a few minutes after 1am on May 2, 1944, the four-engined plane was down to 600ft, evading radar detection and maintaining air speed of 125 mph.

Coded torchlight signals flashed from the ground told Crance and navigator Robert Martin that French resistance fighters were waiting on the ground. Twelve containers filled with equipment for the resistance were dropped, along with propaganda leaflets. On a panel monitored by Morales a green light came on, indicating the human cargo could go.

Crance's mission - code-named "Scientist 82", in papers marked "Secret" - said farewell to the agent, who slipped into the night over north-western France, and into the pages of history as one of the heroines of Britain's Special Operations Executive, the secret force that wartime leader Winston Churchill wanted to "set Europe ablaze".

Latour - now Pippa Doyle - was one of 40 women SOE agents. A modest woman who for half a century didn't even tell her adult children about her clandestine career, Doyle was made an MBE by a grateful British Government and decorated with a Croix de Guerre - Cross of War - by France.

At the age of 93, the sprightly Doyle - who for several decades has called New Zealand home - is getting a new honour for her bravery in World War II. Paris is giving her a medal that makes her a Knight of the Legion of Honor, an order established by Napoleon Bonaparte and the highest decoration in France.

Sentenced for role in sheep killings

Escape from the world's biggest cage

The French Ambassador, Mr Laurent Contini, who is presenting the Legion of Honor to Mrs Doyle on November 25, said she was a "formidable example for younger and older generations alike."

"I have deep admiration for her bravery and her unshakable commitment to ending the war and it will be with great honour that I present her with the award," he said.

Mrs Doyle is reluctant to talk publicly about her wartime experiences, though she does enjoy reminiscing with other veterans.

Using World War II records, memoirs of SOE agents and descriptions of its secret networks, it is possible to retrace Latour's mission in the months leading up to the D-Day Normandy landings in June 1944.

THE DAUGHTER of a French doctor and an English mother, Phyllis Ada Latour was born on April 8, 1921. Both parents died during her childhood. Her father was the victim of tribal wars in the Congo and her mother, who remarried a racing driver, was tragically killed when she crashed a racing car.

Pippa, as she was known to friends and family, eventually made her way to England and joined the Women's Auxillary Air Force (WAAF) in 1941.

Trained as a flight mechanic on airframes, she impressed SOE talent-spotters with her tenacity, spirit and fluency in French - a prerequisite for agents dropped behind enemy lines.

Latour's training was crammed into a few months. Besides gruelling physical tests, which covered lessons in scaling buildings and wriggling across muddy fields, recuits got burglary lessons from "Killer" Green, who was trained by underworld figures in lock picking and using plasticine to make copies of keys.

Weapons training introduced agents to the Sten gun. For her radio coaching, Latour had to memorise Morse code and tap out 24 words a minute at a time telegraphists had to achieve only half that speed. Agents were taught to encrypt messages, and to repair broken wireless sets. Training involved being sent to remote places and transmitting messages to home stations, incorporating security checks so listeners could sift genuine transmissions from field reports sent under duress or even bogus calls created by the Nazis.

Suitable candidates for the SOE's Section F (for France) also had to "think French" - in other words, be able to convince captors should the need arise that they were in fact French natives. A simple slip, they were warned, could be fatal.

So they were told that milk was not available for coffee (thus ordering a cafe au lait could raise eyebrows) and to cycle on the correct (right) side of the road. Agents had to look, and believe, they were French.

The diminutive, dark-haired Latour must have passed this test because her cover was put to the test on at least two occasions.

Two German soldiers soldiers looking for food surprised her one day. Playing on the enemy's fear of infectious disease, the quick-witted agent pretended she had scarlet fever and was packing her suitcase to go home.

The soldiers abruptly left, failing to peer in the luggage where they would have discovered Latour's compromising radio set.

Another narrow escape occurred when Latour found herself rounded up for questioning by police. Told by a female officer to remove her clothes in case she was hiding incriminating material, the agent coolly undid a lace that held her hair in place. Shaking her head to convince her inquisitor there was nothing concealed in her locks, Latour admitted to a nervous moment before she passed inspection.

She had every reason to fear exposure: before heading into the field, agents were warned their chances of survival were about 50 per cent, and perhaps less if they were, like Latour, wireless operators. Unbeknown to police, the tie in Latour's hair hid her invaluable codes.

Some years ago, Mrs Doyle, then 86, told the NZ Army News about her secret.

As Genevieve, cycling around the French countryside, she always carried knitting because her codes were on a piece of silk. After employing a code, she would pin-prick it to confirm its use.

She told the magazine: "I wrapped the piece of silk around a knitting needle and put it in flat shoelace, which used to tie my hair up."

In France, Latour joined an underground SOE network called "Scientist", run by the irascible Claude de Baissac. An experienced operator, de Baissac - or "Denis" - had to plug gaps in the SOE's northern France operations caused by double agents and lay the groundwork for an anticipated Allied landing.

For Latour's cover story, De Baissac had forged papers showing she had left Paris to study painting. Within days of dropping into France, Latour made contact with London, using a safe house belonging to a doctor, before shifting to de Baissac's farmhouse headquarters.

But word got back to the network that an informer was among the resistance group who collected Latour and that the Germans, thick on the ground in the Mayenne area, had discovered her parachute.

Forced to move, Latour, who by now was working closely with de Baissac's sister Lise - "Odile" - fled on a bicycle and set up in a barn. Using radio sets hidden round the countryside, Latour sent a stream of coded reports to London, her work intensifying as D-Day drew near.

The cycles served another purpose - they could be used to charge radio batteries.

SS squads and Gestapo members were never far away. At some point a German Direction Finding vehicle had a bead on her signal. Fortunately for Latour, French patriots destroyed the van before it detected her.

Squadron Leader Beryl E. Escott, who wrote Heroines of the SOE, records that Latour and Lise had a number of close shaves at German roadblocks. In one incident, the pair were cycling to a nearby village for parts to repair Latour's wireless. Both were frisked, Escott wrote, but nothing was found. For the two women agents, remarked Lise, it was "a big fright".

In the space of a few months, Latour sent 135 messages to London. The intelligence was fed into the huge Allied command machine, and used to guide bombing missions to enemy targets. With de Baissac busy finding landing sites, pulling together resistance groups and trying to stay one step ahead of German patrols, "Genevieve" became a vital element of the Scientist network.

The groundwork paid off. When D-Day arrived, the network swung into action. De Baissac reported that hundreds of German vehicles were rendered useless and valuable details about the German presence helped entrench the Normandy bridgehead.

In the end, Latour had to cool her heels with the Americans for a few hours after US troops detained her as they pushed into France. She was freed when a friend recognised her and was able to observe the Allied forces carry on to liberate France. 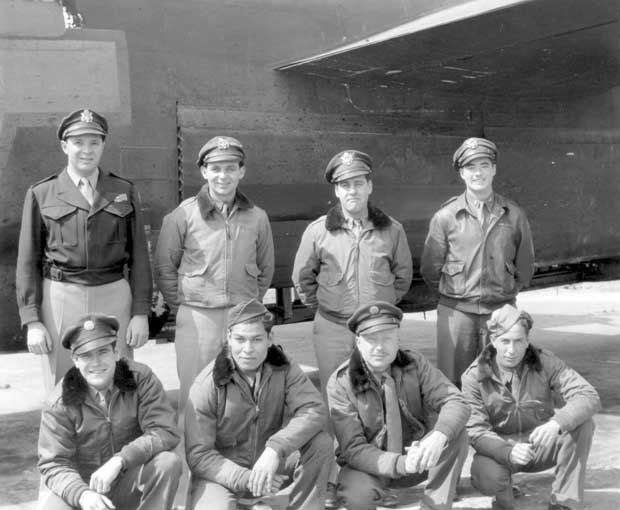 Forty women were sent undercover to mainland Europe by Britain during World War II to prepare for the Allied invasion.

Recruited by the secret Special Operations Executive (SOE), they received intensive survival training before their insertion behind enemy lines. They learned cover stories, ways of living rough and techniques to handle interrogation.

Like the other women, Phyllis Latour - "Genevieve" - had to do it tough. Interviewed some years ago by the NZ Army News, she recalled how she was always hungry as she searched for a bed and food.

"One family I stayed with told me were eating squirrel," Latour told the magazine. "I found out later it was rat. I was half-starved so I didn't care."

Unlike 14 SOE female agents, Latour got out alive. Four of the women who died perished in Nazi gas chambers and three were shot at Dachau concentration camp. During the war about 500 SOE agents went to France as part of Section F. One in five never returned.

Palmerstonians encouraged to turn and face the river. Made with funding from NZ On Air.
NEW ZEALAND

Lights in the sky: Starlink satellites spotted over NZ

Are you $38 million richer? Numbers are in for tonight's massive Lotto Powerball draw

The winning numbers are in.