While famous forgeries are not uncommon in the art world, one Auckland auctioneers will this week put two fake fakes under the hammer.

Two forged "Monet" paintings had to be pulled from Cordy's auctioneers last month after they were discovered to be inferior imitations of famous art forger Elmyr de Hory.

Mark Forgy, a de Hory expert, spotted the auction online and contacted Cordy's to claim the two oil paintings, In the Woods at Giverny and At Giverny, were rip-offs painted more than 30 years ago by London bookmaker Ken Talbot.

"Of course it is never our intention to deceive and we were not aware that the faker's works were faked," he said.

But now the two pictures are going under the hammer on Tuesday advertised as, 'Fakes of fake Claude Monet and other intriguing and must view items'.

"We try at all times to present items correctly but were astonished to find that there was a market in faking faker's art works and hope this does not start a market trend here in faking Karl Sim aka Charles F. Goldie art works," Mr Grigg said.

"We are going to let the trade know to keep watch for such practice."

De Hory was the 20th century's most prolific art forger, selling more than 1000 forgeries worth an estimated $60 million, including fake Monet, Van Gogh, Degas, Picasso, Matisse, Renoir and Cezanne works, to reputable art galleries and top collectors around the world.

Talbot claimed to own more than 400 de Hory works but Forgy claims he forged most of them.

The irony of the famous faker himself being copied is not lost on Forgy.

"The subject of others forging his works came up only one time. We both contemplated that for a moment and then laughed at the far-fetched notion," Forgy said. 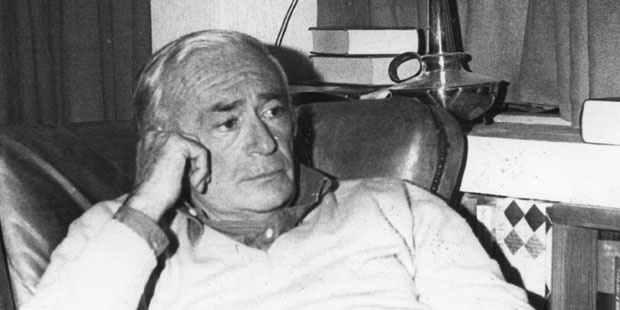