Whether you’re looking to buy or rent, OneRoof.co.nz has everything you need to find your dream home.
© Copyright 2020
NZME. Publishing Limited
test test test
Who won the second leaders' debate?
2 Sep, 2014 8:57pm 4 minutes to read

In his closing statement, Mr Key said his party had provided strong and stable governance over six years.

"We are the only political party that can do that."

"If you give your party vote to National ... we will do everything we can to build a strong economy... and a proud New Zealand."

Mr Cunliffe said there was nothing special about an economic recovery which left 250,000 children in poverty.

He committed to a "fairer, faster" recovery for Christchurch, and economic growth which raised every New Zealander's standard of living.

Repeating his closing line from the last debate, he said: "New Zealanders deserve a better future and they will get one under a Labour Government that is the future and not the past."

8.52pm: The debate has switched to policies on Christchurch's recovery.

Mr Cunliffe said the recovery was not progressing quickly enough.

"This has been a tough three years," he said.

John Armstong: Hager's claims light a fuse under the State of Key

The audience corrected him: "Four years."

In the most heated exchange of the debate, the two leaders then yelled over each other for nearly a minute, leading Mr Cunliffe to describe the Prime Minister as a "school-yard larrikin".

Once things settled down, Mr Cunliffe said Labour's Christchurch policies were already paid for in Labour's budget, even once National's growth forecasts had been reduced.

Mr Key was asked whether National's plan to roll the Canterbury Earthquake Recovery Authority (CERA) into the Department of Prime Minister and Cabinet would simply lead to more bureacracy.

He said CERA's responsibility should not be cut off abruptly, and there needed to be a transition phase in which CERA's powers were handed over gradually to councils and government agencies.

Mr Key said Earthquake Recovery Minister Gerry Brownlee would continue in the portfolio if National was elected, and Labour would choose Clayton Cosgrove for the role.

8.37pm: Leaders were then asked what each political party would do for regional development besides dairy.

Mr Cunliffe said it would work with every region and council to open up "major turnkey projects", such as a rail line to Marsden Point. It would also pay employers the equivalent of the dole to take on apprentices on a full-time basis.

National would support mining and irrigation in the regions and invest in ultra-fast broadband.

8.31pm: The debate is underway again after a 10 minute break.

The leaders are now being asked questions from Christchurch residents.

The first question was to Mr Key, from the owner of a red-zoned home.

She asked why red zone landowners in the process of building were not offered fair compensation, and said she was now $100,000 worse off.

Mr Cunliffe said the woman would get 100 per cent of the value of her house if Labour was elected, and this had already been "banked" in Labour's alternative budget.

The next question was about the insurance industry's "delaying tactics" for quake-damaged homes in Christchurch.

The resident said insurance agencies were treating Cantabrians with contempt, and asked whether Mr Key would legislate against the industry so residents were properly compensated.

Mr Key said the number of people who had not settled their claims was "very small".

Mr Cunliffe said New Zealanders had been waiting too long, and 30 per cent of Earthquake Commission claims had not been settled. Labour would set up a specialist earthquake court to settle claims more quickly.

8.06pm: Mr Key said he was not losing sleep about Kim Dotcom's plans to drop a "bombshell" five days before the election.

He also expressed his support for New Zealand's intelligence network.

The Prime Minister said some spying issues may be "politically uncomfortable", but his top priority was the safety of New Zealanders.

"My job is to protect you."

8.03pm: The debate then moved to the Dirty Politics allegations, which prompted audience members to yell "Let's move on".

Mr Cunliffe said New Zealand could move on once they were assured that Ministers were again behaving in the public interest.

"Buddy, it happens on your side and you know it," Mr Key said, to loud cheers. 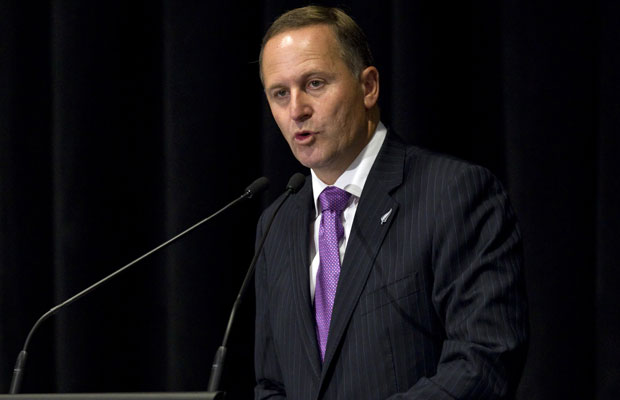 7.47pm: The two leaders were then asked about taxes and spending.

He caused Mr Cunliffe to hesitate when he asked him whether people would pay a capital gains tax on their family home if it was in a trust.

After a fiery exchange, Mr Key said there were 300,000 New Zealanders who have their family home in a trust.

Mr Key admitted National was "guilty" of increasing New Zealand's total debt to $50 billion, but $15 billion of this went towards rebuilding Christchurch.

He said many earners in the top tax bracket were happy to be taxed at a higher rate if it led to "a more decent society".

7.40pm: On housing, Mr Key mocked Labour's failed publicity stunt last week in which a young couple embarrassed the party by admitting they would still not be able to purchase a property under a Labour Government.

He said the key to more housing was freeing up land, but Mr Cunliffe said no houses had been built in National's new Special Housing Areas.

Mr Cunliffe said Labour would introduce a capital gains tax to dampen housing speculation and bring in warrants of fitness for rentals.

He said many New Zealanders were living in mouldy state houses or garages, prompting cries of "shame" from the audience.

Mr Key told the crowd he grew up in a "fastidious" state house, which was met with a few groans.

7.32pm: The debate then moved to health policies.

Mr Key promoted National's progress on cancer treatment and funding for 1100 women to get access to Herceptin.

Mr Cunliffe said that when he was Health Minister, he initiated a bowel screening programme, but this had gone nowhere under the National Government. 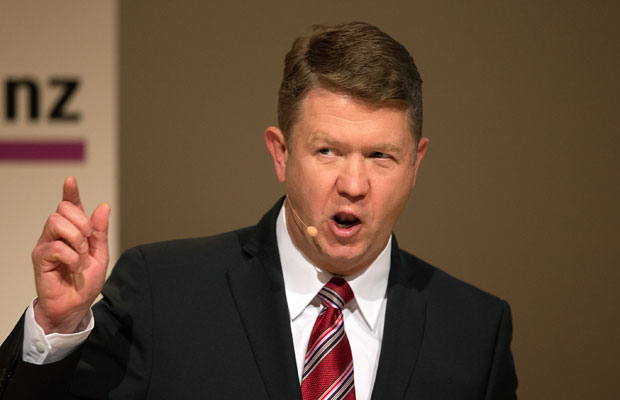 7.25pm: The first question was about how leaders would address inequality.

Mr Key said children living between the poverty line had "been there for a very long time", under successive governments. He said the best way to get above the line was through work, and pointed to his mother's efforts to raise him while doing menial jobs.

Mr Key rubbished Mr Cunliffe's plan to raise the minimum wage, saying he would "send people to the dole queue".

Mr Cunliffe shot back, saying there was no connection between a higher minimum wage and job losses.

7.20pm: In his opening statement, Mr Key said National was a strong and stable Government.

He said New Zealanders will be voting on the economy, law and order, health and education and not the "the one thing" Labour has been emphasizing during the campaign - the Dirty Politics allegations.

Mr Cunliffe said Labour would strive to create the fairest, most decent society in the world.

He said there was no denying New Zealand had been through tough times - especially Christchurch - but the recovery had been too slow and uneven, and there was a growing gap between "the have and the have-nots".

He pointed to Labour's flagship policies - more houses, higher wages, and speeding up the Christchurch recovery.

7:05pm: The Press Leaders Debate is taking place at St Margaret's College in Merivale, before an audience of 700.

It will focus on both Christchurch and national issues.

Mr Cunliffe again took a day off the campaign trail to prepare for the debate.

Mr Key attended a couple of events today. He met with United Nations Secretary-General Ban Ki-moon this morning in Auckland before giving a speech to the Canterbury Chamber of Commerce in Addington, Christchurch.

Since that debate, Judith Collins has been stood down as a Minister following the release of an email which suggested she had tried to undermine the head of the Serious Fraud Office.

Large cheer as @johnkeypm is introduced to the audience; @DavidCunliffeMP gets just as loud a reception. #KeyvCunliffe #Election2014

Dust whirls were spotted across Hastings, lasting only a few minutes.
NEW ZEALAND

Jacinda Ardern and Simon Bridges have different challenges ahead of the Sept 19 election.