Eddie Tofa is calling on Whanganui residents to join his boot camp for a corporate fight night in August. 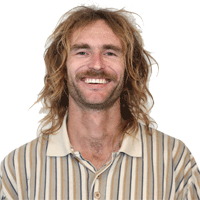 Do you have a passion for gloved glory?

Eddie and Sandra Tofa are calling on Whanganui residents to fight in River City Boxing's corporate fight night on August 5.

The event will raise funds for Whanganui to host the New Zealand Amateur Boxing Championships in October.

"Come down if you wanna have a go, it's the chance of a lifetime to feel what it's like to be a boxer. You never know - you could be Muhammad Ali," Eddie said.

"The people that come to watch, they want to see their friends [get smacked].

"I think that's the exciting part of it, but all in all it's about putting themselves in front of this many people. You're talking about 1200 people - it's huge."

Anyone over 19 can sign up for River City Boxing's eight-week boot camp, with classes on Tuesday and Thursday evenings.

Experience is not necessary, but Sandra Tofa said you need to fight for your right to step into the ring.

"[They're] just normal people, everyday people who've never been in the ring," she said.

"We have a wide variety of ages and people and disabilities and what not coming in, but they can't just walk in and bash someone.

"They've got to work their way up to fitness."

Eddie has been training fighters for 20 years and knows, better than most, there is no easy path to becoming a boxer.

"It makes you a better person, because when you're fit physically, you'll be fit mentally," he said.

"Then you will find out how strong you are - you can handle the training."

Dozens of people have already signed up for Eddie's gruelling training regime in preparation for the August fight night.

In just a matter of weeks they will step into the ring for the first time, in front of more than 1000 amateur boxing fans at Springvale Stadium.

"If you want a challenge, this is it."

"Come along, sign up if you wanna have a go.

"If you wanna do something different, let's go."

Heroes who saved lives during mosque attacks to be honoured today

City on knife edge: One person stabbed in Auckland every day