Building and Construction Minister Poto Williams has floated the idea of limiting timber exports to ensure there is enough in the country. Photo / Jason Oxenham 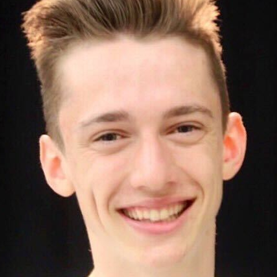 The Government was warned its efforts to tackle New Zealand's housing affordability issues could be hampered by wood shortages.

The issue is so significant, Building and Construction Minister Poto Williams has floated the idea of limiting timber exports to ensure there is enough in the country.

"Some of the stuff that we send off offshore potentially we could keep onshore, and keep for our own construction, rather than exporting", she told Newstalk ZB.

Williams later walked that back, saying the Government won't get involved, but she's supportive of companies who are looking at ways to increase domestic supply.

Asked whether 'she got it wrong' with her initial comments, Williams deflected.

The shortages have also caught the attention of Green MP Chlöe Swarbrick, who intends to call for a select committee inquiry into building products, with a specific focus on timber.

This comes as the cost of building materials continues to rise, pushing up house prices.

Newstalk ZB can reveal the alarm was raised in April, in an urgent briefing from Ministry of Business, Innovation and Employment officials.

At the time, the building materials company was forced to scale down the sale of its timber stocks, citing supply issues.

Hamish Rutherford: The problem of an overheating economy

According to the OIA, it still maintained relationships with Placemakers and its own subsidiary, Carters.

Despite this, officials were troubled about the impact of the decision on the housing market.

The briefing shows there were concerns smaller companies impacted by Carter Holt Harvey's decision would ration their timber supplies, leading to price increases.

"If demand for building materials continues to grow, constraints on the ability of domestic wood processors to increase production may act as a handbrake on New Zealand's housing driven recovery from Covid-19."

That worried Building and Construction Minister Poto Williams, who admitted this was an issue – given the Government's plans to build more houses.

Williams is in the process of getting advice from the Construction Sector Accord, before presenting to Cabinet.

She said there was "no doubt" the industry's facing shortages.

"Yes, we acknowledge there's an issue, but there's work happening, and what we're doing is still continuing to build houses", she said.

"The industry's pulling out all the stops ... they just need to see a little bit more support", he said.

"You don't live in a consent, and you can't build houses without timber."

"It's an urgent situation ... but there aren't going to be any short-term quick fixes," she said.

"My colleague Chlöe Swarbrick will [this week] propose that the Finance and Expenditure Committee take an inquiry into building products, and specifically timber."

After initial inquiries, the Commerce Commission said it found no evidence that Carter Holt Harvey had breached the Commerce Act.

A spokesperson said the Commission "intends to continue to engage with relevant parties in the supply of timber to understand any developments."