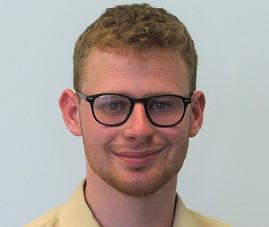 Two reality stars threatened to expose the landlord of their multimillion-dollar St Heliers rental to their followers over a series of issues they had with the home, including the pool not being up to scratch for filming.

But a Tenancy Tribunal ruling found against Sabina Jeyasingham, known as Sabby Jey, who starred on Moses Mackay's season of the Bachelor last year and on a TVNZ dating show this year called The Ex Best Thing, and Si (Judy) Gao, a contestant on the 2018 season of Project Runway and now a couture fashion designer.

The ruling said the disputes stemmed from what the tenants expected they would get out of the house.

Jey, who has a combined 60,000 followers on Instagram and TikTok, wanted to use the home as part of her social media influencer work or for TV shows, which required it to be of "a showroom standard" that wouldn't be expected of landlords.

Jey has also done work around sexual violence awareness and is an inclusivity advocate.

Gao, who has 1.8 million followers on TikTok and 152,000 on Instagram, required large spaces for dressmaking and planned to use the double garage and other rooms for her work, but the pair's contract was for a residential premises, not a commercial workspace, the ruling said. Gao did not live at the property.

"It is plain the differing expectations around the premises between the tenants and landlord has caused conflict between the parties."

The tribunal described the five-bedroom property as "a superior quality dwelling" reflective of its weekly rent of $1750.

The pair had issues only three days after entering a written tenancy agreement on January 11, before they moved in on January 15, the ruling said.

Jey was planning to film for an unnamed television show at the house and asked the landlord to get the pool professionally cleaned.

'We need to get cracking': Time running out to plan for rising sea levels, increased flooding

The landlord, who has name suppression, complied but the tenants weren't satisfied with the job and claimed there were other issues, including the gas not working properly and the property having rubbish, cobwebs and ants.

Five days after moving in, the tenants threatened to file a complaint with the tribunal, alleging the issues were not remedied.

They also threatened to publicise the situation.

"I will be sharing to my 60k followers, majority of whom are form [sic] New Zealand, and I will be discussing how we are being exploited by our landlords via our social media platform, naming [the property management company/s], and will further contact the media to cover this story once we go to the tribunal," the document noted the tenants wrote in an email.

It doesn't specify which tenant wrote the message.

The renters also reported a dispute with their neighbours over where they could park at the property, which led to police being called.

The landlord took steps to address the issues and let the tenants have their first week of rent free, the ruling said.

But on January 24 the tenants emailed the landlord asking for a number of jobs to be completed such as ant treatment, plumbing fixed in the downstairs shower, another pool clean and an oven clean.

Jey claimed she would have never taken the property if she knew the lack of attention and issues that came with it.

"I have cried on multiple occasions and been so stressed out dealing with you and this property," the ruling reported her as saying.

On January 28, the landlord disputed a number of their assertions saying that a pre-tenancy inspection showed the oven was clean, a cleaner had come to the home and cleaned it to the satisfaction of the tenants on January 15 and that they had advised where the tenants could park.

The landlord arranged for pest control at the property, and a report provided from that visit said the contractor could not find evidence of an ant issue.

The tribunal noted that the rent was routinely paid late, and was short. The tenants, they said, earn "just under six figures" each.

The ruling, released in May, found the tenants breached their agreement by having three other people living at the property instead of the agreed two occupiers.

As a result, they were ordered to pay $400 in exemplary damages and $1360 in overdue rent.

The landlord wished to terminate the tenancy but this was dismissed.

Lawyer for the pair James Cochrane said: "Miss Jeyasingham and Miss Gao can confirm that there was a tenancy agreement, and there was a dispute between the parties, but that dispute has now been satisfactorily resolved, and the parties cannot say anything more due to confidentiality arrangements."

Jey detailed to the Herald on Sunday the hardship she went through after moving out of home in 2012.

"It was into a small apartment in town, 30 metres squared, where I shared a double bed with a roommate.

"I struggled to make rent, as I was working as a casual waitress at Sky City. Looking back at that now, I feel quite blessed with the lease I am in now."

She said she's now dealing with PTSD from a sexual assault.

"Because of this, I prefer staying at home where I feel safe and at peace."

Both parties applied for name suppression – which was only granted for the landlord.

Charities struggle as donations dwindle: Some shortfalls more than $1m

Sir Graham Henry: This is not the Kiwi way - it's time to back the All Blacks

Steve Braunias: Christopher Luxon has his eye on the party list

John Roughan: Local elections are a public affair but with little power for the victors