Russian influencers are destroying their designer handbags in protest after Chanel closed its stores in Russia. Photo / 123rf 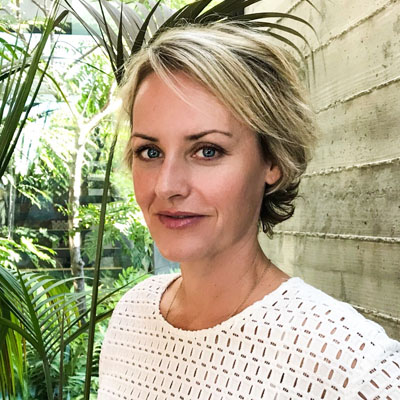 A grotesque display of wealth or simply agency over someone's own possessions?

That's the debate around Russian fashionistas taking to their Chanel handbags with large pairs of scissors in protest at Chanel not only halting business in Russia in compliance with EU regulations, but also allegedly refusing to sell their products to Russians overseas and asking people not to use their products in Russia.

The Russia-Chanel debate is far more nuanced given the destruction of said handbags is in protest to the EU's response to the Russian invasion of Ukraine, but taking to luxury goods in the name of art, protest or simply entertainment is nothing new. And it's far more upscale than my teenage boyfriend throwing the signet ring he bought for my birthday off a bridge when the relationship went belly up.

There are of course wild but true stories of klutzy hotelier Steve Wynn selling a Picasso painting for NZ$207m then stumbling and accidentally putting his elbow through it, or oligarch Roman Abramovich's lackey filling the tank of one of his superyachts with petrol instead of diesel. These are some of the wildest stunts that have either entertained or enraged the public with their disregard for value.

Back in 2012 when a young Francesca Eastwood was trying to come out of the shadow of her father Clint Eastwood, and the dreadful reality show starring her step-mother, Mrs Eastwood & Company, she and controversial photographer/boyfriend-at-the-time Tyler Shields decided to chainsaw through and set fire to a red alligator Hermes Birkin bag.

Valued at around NZ$148,000 and with a nigh on impossible wait list for mortals like us, they certainly caused a stir for a moment. For all that fleeting publicity, neither of them is much in the public eye these days.

Back when Apple watches were the new thing, a US-based blogger called TechRax decided to use two magnets to crush a watch. Using force equal to nearly 300kg, he crushed the limited-edition gold watch, valued at NZ$15,000. Magnets of this quality can quite literally crush bones, so the watch didn't stand a chance. No surprises there.

YouTube channel Crushing screened a giant hydraulic press crushing a 24ct gold bar. The gold bar was valued at around NZ$60K and, of course, was no match for the press.

Without raining on the parade of this stunt, we know that gold is one of the softest metals and also that it's recyclable, able to be melted down and brought back to life many times. For this reason, the stunt is great to watch but doesn't hold as much shock factor as others.

Imagine your car breaking down and being so enraged with what you deem to be inadequate customer service that you smash it to pieces. Now imagine that car is a Lamborghini Gallardo that easily cost NZ$500,000 or more, and that you didn't smash it, you hired people to do the work for you.

That's what a Chinese businessman, known simply and quite elusively as Mr Han, did back in 2011 in protest of what he believed to be shoddy customer service after a slew of complaints about the car. Cutting your nose off to spite your face or making your point loudly? In the case of the super wealthy like Mr Han, think the latter.

Rise of the post-nup: Why midlifers are renegotiating their marriages

Opinion: Is 'queerbaiting' really such a bad thing?

Meme stock wipe-out: The Kiwi investors holding on for the ride