Voters comparing social policies at this election have a clear choice: a continued "unrelenting focus on work" with National, or a softer line and more money to stay home with the children if Labour wins.

Welfare and social housing policies have been turned upside-down in six years of National-led government, introducing an "investment" approach that puts the most effort into those who need the most help to get off welfare and into work or training - especially young people, sole parents, and people with mental or physical ailments.

The policy is successfully reducing welfare rolls. Australian consultants who now do an annual valuation of welfare's future cost to taxpayers reckon that both sole-parent and jobseeker benefit numbers have dropped faster than they had forecast based on economic recovery alone.

But Labour believes that what Social Development Minister Paula Bennett once trumpeted as "an unrelenting focus on work" has been too harsh, driving people back to work when they are still sick or caring for children or other relatives.

Labour's major initiative is its "Best Start" policy - a plan to pay an extra $60 a week to all parents earning under $150,000 a year from whenever they use up any paid parental leave until a new baby turns 1, and on an income-tested basis to parents earning below $50,000 until the child turns 3.

In effect, this policy would prioritise fulltime parenting rather than paid work for those first three years.

New Zealand's social safety net was extended gradually over about 80 years from the first old age pension in 1898 to the domestic purposes benefit for sole parents in 1973.

But it could not withstand the country's relative economic slide over the 40 years since we lost our protected British market and raised interest and exchange rates to reduce inflation.

As the welfare rolls swelled from 2 per cent of the working-age population in 1973 to 16 per cent by 1993, benefit rates were first frozen in real terms and then cut in 1991.

Benefits have never been restored for people without children. Extra tax credits under Labour gave families slight relief in 2005, but a sole-parent beneficiary with two children still gets about $50 a week less today in real terms than in 1990. Foodbanks have filled the gap. 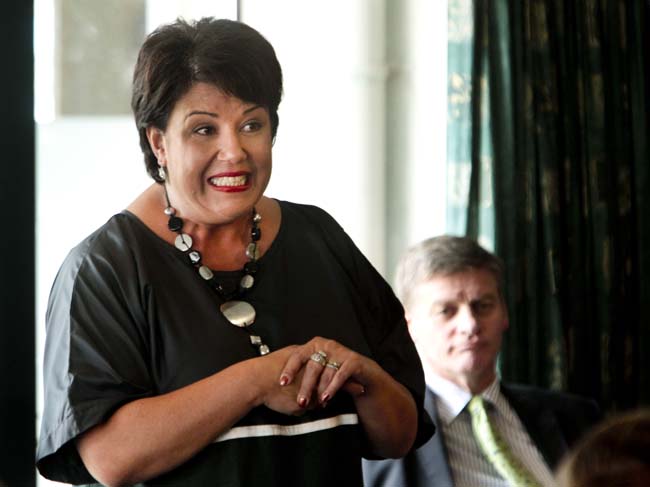 Of course the main influence on welfare rolls is the economy.

Beneficiaries dwindled in the good times to just 10 per cent of all working-age people by 2008, spiked to 12.3 per cent after the global financial crisis, and have fallen back as the economy recovered to 10.5 per cent this June.

Benefit numbers are still much higher than in 1973, mainly because of other long-term social changes, such as an increase in sole parents up to 2001 and still-increasing ailments due to our ageing population.

But the structure of the welfare system may also have been a factor, in two ways. First, a shift in these past 40 years away from costly universal benefits towards more targeted welfare has reduced the incentive to work because every extra dollar earned means less of various kinds of assistance. And second, the sole-parent benefit makes many low-income parents better off apart than they are together.

National's reforms are pushing people back to work through tougher rules. Sole parents must now seek work part-time when their youngest child turns 5, fulltime when the child turns 14, and just one year after giving birth if they have another baby while on the benefit.

Arguably this has reduced the incentive to separate to get the sole-parent benefit.

The Government has also invested up-front to help people into work. After initially axing personalised Work and Income case managers to cut costs in 2010, Mrs Bennett restored them last year. There are now 80,900 with personalised case managers, just over a quarter of all 293,600 beneficiaries.

Youths under 18 who are either on benefits or not in employment, education or training have been allocated to private agencies, which are paid to "coach" them into education or training. Most of their benefits are paid via cards that can be spent only at named supermarkets - a system National will extend to 18- and 19-year-olds if re-elected.

Mrs Bennett plans new initiatives to help young people get their driver's licences and to give cash grants for six months to beneficiaries who go back to work to spend on the childcare of their choice, which could include family members.

Incentives to work were improved slightly by income tax cuts funded by a GST increase in 2010, including a cut in the bottom tax rate from 12.5 per cent to 10.5 per cent. But National has done nothing to restore the real value of benefits.

In contrast, Labour's proposed extra $60 a week would finally restore the real value of benefits to pre-1991 levels for families with children under 3. That would be the most significant relief of child poverty in a generation; it would also shift policy in favour of parents staying together because they would not have to split to get the money. Families with older preschoolers would be helped into work by extending free early childhood education from 20 to 25 hours a week.

Youths would be helped by a plan to pay the dole ($174 a week) for a year to every employer who employs an apprentice aged 18 or 19 who has been on a benefit for at least three months.

The training incentive allowance for sole parents would be reinstated. It paid an average of $2124 each to 12,700 people in 2008, compared to the $500 maximum under its replacement, sole parent study assistance.

But neither Labour nor National has any definite plans to ease the disincentive to work caused by our targeted welfare system. In fact, National is gradually raising the clawback of family tax credits from 20c to 25c out of every extra dollar earned, and Labour would raise that further to take 30c off its Best Start payments for every dollar earned above $50,000.

At the last election the Greens proposed to partially fix this problem with a universal child benefit, but this time they want to keep the current family tax credits but extend the $60 in-work credit to beneficiaries too.

Internet-Mana proposes a universal basic income for everyone. New Zealand First advocates even tighter controls on benefits than have been imposed under National.

Paying for privilege of having a job

Solo mother Mia Silverman works 20 hours a week in a professional job - but she is virtually no better off than she would be on a benefit. But when she tried working fulltime when her second son Frankie was still under 2, soon after her marriage broke up, it was too much.

"After working two weeks fulltime, I did a breakdown of my budget," she says.

"What is better - being really, really stressed and working is great, but the stress of running around was too much."

Now her 20-hour university job pays $430 a week after tax, her tax credits and accommodation supplement are reduced, but she also gets the $60-a-week in-work tax credit, taking her total net income to about $850 a week after tax.

Out of that she pays a net $100 a week for Frankie's childcare after allowing for a government subsidy, a $16 top-up for her older son Monty's kindergarten because he needs to be there slightly more than the 20 free hours a week, plus $35 for parking at university and $100 a week for petrol.

"I enjoy being back at work, but I'm not really that much better off."

"My feeling with National's approach to welfare reform is that the focus on obligation in much of the wording needs to be replaced with the idea that there will be some incentive to get back to work."

Black Clash back - and under lights

Sir Richie, Jordie... the popular summary fixture is back - but who's landed the big game?
BUSINESS

The Hollywood actress and her fiancé have been spotted wearing matching gold bands.