In August, the Government extended all RSE visas set to expire between August 18 and the end of the year by six months. Photo / Paul Taylor 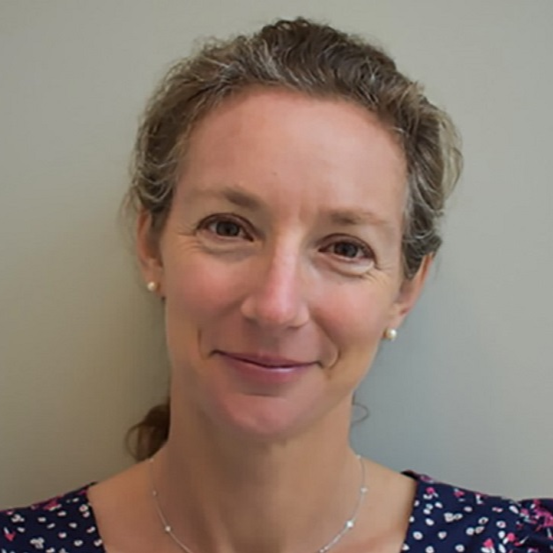 Seasonal foreign workers who remained in New Zealand last year drew on emergency government hardship funds most heavily in September and October, just as some growers were urgently searching for labour to help bring off their spring harvests.

In the final week of September (24th-30th), 887 Recognised Seasonal Employer (RSE) scheme workers were approved for the Foreign Nationals Support Programme, funded by the Department of Internal Affairs (DIA) and operated by the Red Cross.

In the first two weeks of October, 404 and 521 RSE workers respectively were approved for the benefit. Assistance was provided for up to a month at a time so the total number of RSEs receiving the benefit likely climbed to well over 1000; a DIA spokesperson said the department does not have figures for the total number of RSE workers who used the program readily available. There were an estimated 6500-7000 RSE workers remaining in New Zealand at the time.

RSE employees were eligible for the programme when they were deemed to be in hardship and were unable to return home, each was entitled to up to $150 a week for food, up to $250 per week for accommodation and "reasonable actual costs for utilities like gas and power," the DIA spokesperson said.

In a special quirk of the programme, DIA said the Red Cross worked closely with RSE employers. Food vouchers were provided directly to employers to distribute to their RSE employees, and accommodation and utilities support was paid directly employers.

Both the horticulture and wine sectors rely heavily on RSE workers. Since September last year a range of growers from berry farmers to orchardists have described a devastating labour shortage that has likely left more than $1b of fruit and vegetables unpicked and still threatens to hamper winter grape pruning.

In 2020, no new RSEs were allowed entry into New Zealand after late March when the country adopted a largely shuttered border policy in the face of the Covid-19 pandemic. Those who remained in the country have been in huge demand through the harvesting and pruning seasons. And while horticultural work has a natural lull in September and October, some early harvesters were already suffering from a lack of workers in that period last year.

The RSE scheme does not operate like an ordinary labour market. In order for out-of-work employees to move to new work last spring, existing employers had to release them to recruiting employers. In addition, Immigration NZ had to approve such moves. It was a doubly cumbersome process.

In August, the Government extended all RSE visas set to expire between August 18 and the end of the year by six months.

However the change did not include "extending work conditions on the visa. This has to be done via the normal visa application process," Fiona Whiteridge, general manager of MBIE's refugee and migrant services clarified.

"It meant that RSE workers could continue to work with their approved employers but had to apply for extended work conditions if they were changing to a new RSE employer."

In practice, RSE employers rather than workers, whose English is often limited, apply for these changes on workers' behalf.

However, on November 24th, a report generated by the Ministry of Social Development (MSD) outlining the plans for a successor emergency benefit programme for foreign nationals, noted: "there is a separate group of RSE visa holders with expired work conditions who are waiting for their updated visa to be processed. When able to work, this group will be able to work with any RSE employer."

"MSD's proposed approach for this particular group of RSE visa holders is to grant Emergency Benefit on the condition that when their circumstances change and they are able to work, they must inform MSD. This granting of Emergency Benefit could be for a time-limited period, for example two weeks, and then their eligibility for Emergency Benefit will be assessed again after that period," the report said.

Neither MSD nor Immigration officials were able to provide further information on this group, including its size.

MSD said that in estimating costs for the Emergency Benefit programme for foreign nationals, which ran from December 1 to February 28th, it calculated that 980 seasonal workers would draw on the help across the three month period.

An MSD spokesman said that it did not appear that such high demand materialised. He said just 300 seasonal workers (including both backpackers originally on working holiday visas and RSEs) drew on the benefit in February. The department did not have figures for December and January readily available.

Demand for the precursor Internal Affairs/Red Cross aid programme reduced through late October and November, roughly in line with building labour demand across a wide swath of the horticulture sector.

Northland courgette grower Brett Heaps, who had an Approval to Recruit (ATR) from Immigration NZ which gave him the right to hire RSEs, said he decided against the process despite suffering an acute labour shortage that was building in September and October.

Heaps said he considered applying through an MBIE "relationship manager" to hire from the pool of RSEs stranded in the country, but he did not have confidence that the time and effort he would need to invest to pursue the process would yield any result.

Heaps typically hires a group of about 11 Thai workers who return year after year. He said he lost about 25 per cent of his courgette crop last spring (despite having planted some 40 per cent fewer plants than usual) because of chronic labour problems that included low productivity and a very high attrition rate among local people unused to the hard physical work.

One grower who asked not to be named, said that some employers were content to keep RSE workers last year even through periods when they had no work for them and others did.

"If you know you've got apple thinning work coming up in November, maybe you're quite happy to keep the workers, even though it means a period of time that they're on Red Cross help. That's no skin off your nose. And you've got them there ready to go when you need them," the grower said.

He asked not to be named because both Horticulture NZ and Immigration New Zealand have extensive power to allocate RSE employers' quota for hiring workers and he feared repercussions. Ordinarily, the number of workers allowed into New Zealand under the RSE programme each year is capped and employers often don't receive the quota they request.

Act Party leader David Seymour, who has been an outspoken critic of some aspects of the RSE programme, described the system as "clunky in the way that it allocates workers to different employers".

Gary Jones, in charge of trade policy and strategy at NZ Apples and Pears Inc, said he was aware of employers in his sector who kept their RSE workers last spring, despite having little or no work for them. But Jones characterised these decisions as "pastoral".

Jones said such decisions would have been taken in conjunction with the workers themselves. "We're talking about human beings, not labour units, you can't just stick them on a bus and ship them around the country where there isn't trust there'll be a good relationship with the employer at the other end," he said.

Jones said that workers often arrived in New Zealand in tight-knit groups. "Some growers might have missed out [on the labour they needed]. But there are also these broader social considerations, potentially, around breaking up groups. You might have 20 workers, they're all from the same village, often very closely related. Well, now imagine you say, 'John Smith Strawberries wants five of you. Who's going?"

Jones said the RSE programme isn't as fluid as people think, "especially if we're talking about small employers trying to grab workers last year and especially if they're not well known by the current employer who's got obligations around workers' care."

RSE scheme workers, who hail largely from the Pacific Islands, received special treatment under the Red Cross-run support programme and were not required to draw on their own cash savings before obtaining the government help.

The RSE programme is intended to help both the New Zealand primary sector and the workers' home countries which in many instances rely heavily on remittances from nationals temporarily labouring overseas.

A DIA spokesperson said the support was available to those who were, "experiencing serious financial hardship, and as a result were unable to meet their own basic, urgent and immediate needs."