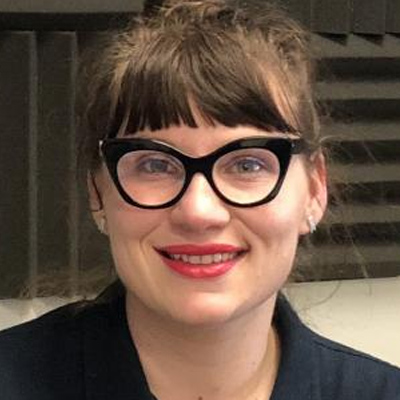 Freelance journalist who has reported extensively on the law industry

Prime Minister Jacinda Ardern announced the Government would be making an official apology for the dawn raids targeting Pasifika people in the 1970s in June.

The apology - which was put on hold as a result of Covid-19 - will now take place August 1.

In order to make an official apology, it must meet the requirement that a human injustice was committed and well documented, victims must be identifiable as a distinct group, and the current group must continue to suffer harm as a result of a past injustice.

Previous apologies include an apology to Sāmoa for injustices arising from New Zealand's administration of it, and an apology for the Chinese poll tax in 2002.

For context, between 1974 and 1976 a series of immigration enforcement policies were carried out, which resulted in immigration and police officials conducting targeted raids late at night or early in the morning on the homes of Pacific families. The Pacific community was targeted, convicted and deported if their visas had expired, Ardern said in a press conference.

Following a recession in the 1970s, the move was part of a wider political campaign aimed at targeting the Pacifika workforce, which grew in number in the post-war period to fuel the labour shortage.

A 1986 investigation by the Race Relations Counciliator into allegations of discrimination in the application of immigration laws, found that between 1985-1986, while Pacific peoples comprised a third of a third of overstayers, they represented 86 per cent of all prosecutions. In comparison, those from the US and Great Britain, who also comprised around a third of all overstayers, accounted for five per cent of all prosecutions.

Now let's look at some of the policies and laws of interest.

The first state-sanctioned act of racism used to target Sāmoan and Tongan overstayers was the Immigration Act 1964, an update of the 1920 Act. It conferred on the Minister of Immigration the absolute power to refuse or permit entry to any person not a New Zealand citizen; extend the period for which the permit was granted; and pardon or exempt people from application of the Act.

The criteria under which the ministry could assess immigration applications derived from a policy that previously had favoured those communities deemed most able to assimilate into New Zealand society.

Sasha Borissenko: Pay equity tussle - what do you do if it happens to you?

In 1974 top of the list were people from Europe, and caucasian Americans and Australians. India, China and Pacific Island nations like Sāmoa, Tonga and Fiji were less preferred, although people of the Cook Islands, Niue and Tokelau were, as New Zealand citizens, entitled to live here.

Since 1964, visitors from what was then called Western Samoa received short-term work permits, typically of three months' duration, under a quota system; and from 1967, Fijians could get work permits valid up to six months. A 1968 amendment to the Immigration Act allowed the deportation of those overstaying their work permits. Those who didn't comply with police requests to produce a valid passport and work permit on the spot could be arrested, kept in a holding cell without a warrant, and in some cases deported back to Sāmoa or Tonga.

Historically, New Zealand's labour shortage, coupled with the convenience of this under-the-table labour pool, meant that the immigration quotas were loosely enforced, and overstaying was tolerated by governments and encouraged by employers for as long as there was a demand for labour.

Auckland University law lecturer Dylan Asafo said while it's deeply significant for the state to apologise for the wrongs that were perpetuated by the raids, racism still covertly underpins New Zealand's immigration laws. There are no clear pathways for permanent residency for people of colour, which means "Pacific people are still viewed as disposable by their employers".

Take the 2007 Recognised Seasonal Employer scheme, for example. It was designed to allow the agriculture sector to recruit people - often from the islands - for seasonal work. Realistically, it means Pacific Islanders are forced to work in precarious conditions - poor wages, poor accommodation, and with no permanent residency status for example - which undermines the dignity of those people, Asafo said.

"The system is designed for white migrants from wealthy developed countries to benefit, who are seen by the government to offer more to the economy whereas people of colour are seen as a drain on the economy and are relegated to temporary visas that expire, and then they're denied rights and entitlements."

Then there's the (Western Samoa) Act 1982, which was enacted immediately in response to the Privy Council's decision to grant citizenship to Falema'i Lesa and Samoans born between 1920-1948 as promised to them under previous legislation.

"It was quite an aggressive use of parliamentary supremacy to introduce legislation to override a Privy Council decision the Government didn't agree with. If the Government wants to apologise and reverse the wrongs of the past it should at least offer citizenship for those born between 1920-1948."

Minister Kris Faafoi said the Prime Minister has stated there shouldn't be expectations around an amnesty. Ardern also noted there are many ethnicities and communities that would like a pathway to residence.

"The Government would not wish to accompany an apology for discriminatory actions with a policy that itself discriminates by restricting eligibility to certain groups," Faafoi said.

The Government remains committed to the Recognised Seasonal Employer scheme, but it has identified areas for improvement, he said. Otherwise, the Government is not considering any changes to the Citizen (Western Samoa) Act 1982.

This all begs the question, an apology is one thing, but will there be the follow-up and immigration reform that the Pasifika community deserves?

How good a job are NZ's listed companies doing in setting ethical standards?

Opinion | This sector needs a road map beyond Covid

Police aware of concerns about far-right Indian groups in NZ