Whether you’re looking to buy or rent, OneRoof.co.nz has everything you need to find your dream home.
© Copyright 2020
NZME. Publishing Limited
C+M investors to finally get payout
26 Jun, 2014 2:50pm 3 minutes to read

These are the kind of questions that urban economists ask when they study so-called industrial clusters. But unfortunately, the quest for the secret of how to create the next Silicon Valley has so far met with frustration. We still don't really know whether companies go where the talent goes, or talent goes where the companies are, or both.

We don't know if government can bring clusters to life by building infrastructure, or by luring big firms to the area, or by encouraging firms to form relationships, or by creating a cool youth culture.

Marc Andreessen, best known for inventing the first successful Web browser, has a new idea: Deregulate. If there are rules holding back progress, a region can get ahead by being the first place to kill those rules:

"Imagine a Bitcoin Valley...where some country fully legalises cryptocurrencies for all financial functions. Or a Drone Valley, where a particular region removes all legal barriers to flying unmanned aerial vehicles locally.

"A Driverless Car Valley in a city that allows experimentation with different autonomous car designs, redesigned roadways and safety laws. A Stem Cell Valley. And so on...

"[T]he focus is more on driving regulatory competition between city, state and national governments...Think of it as a sort of "global arbitrage" around permissionless innovation - the freedom to create new technologies without having to ask the powers that be for their blessing."

I hope some cities try this idea, because I'd like to see what happens! But I'm kind of pessimistic about it, for two reasons.

A Google Earth map of Silicon Valley in California and the locations of many tech firms based there. Photo / Wikimedia-Samykolon

It's possible that other cities will deregulate fast enough to boost Drone Valley's startups to greatness, but slow enough that Drone Valley becomes a durable industrial cluster.

Google Glass launches in the UK

Rise of the robots a game-changer

But it seems like a tough needle to thread.

Still, deregulation is cheap, so I think some city will try to be Drone Valley, and we'll get to see if Andreessen's idea works. But there's something else on my mind. The fact that the technology industry - and especially a visionary like Andreessen - is increasingly focused on deregulation is a bad sign.

In the 1990s and early 2000s, we had a massive technology boom - productivity accelerated, and our lives changed in big ways. That boom happened without the need for a lot of deregulation - computers were these cute little boxes we stuck in our house, and the Internet didn't really alter the physical landscape.

But that happy situation was a historical anomaly. In the past, big technological change required big changes in regulation and law and the shape of society. Those changes brought costs. Think of how cars required expensive roads and safety laws, and made our cities noisier, more polluted, and less walkable. 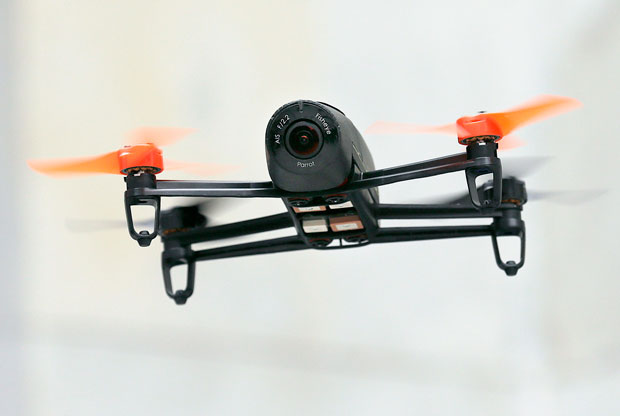 A Parrot smartphone-controlled drone. Will there ever be such a thing as Drone Valley? Photo / AP

Tech's focus on deregulation is a sign that the free lunch of the computer boom may be coming to an end. In fact, that unhappy hypothesis is borne out by the numbers. John Fernald, an expert on measuring productivity at the Federal Reserve Bank of San Francisco, recently found that productivity in the IT sector, and in sectors that use a lot of IT, has slowed down a lot since the early 2000s (well before the financial crisis).

If the free lunch is ending, hard choices are ahead. Deregulation will boost progress, but it will come with costs. Drone Valley is going to have to be careful to make sure that drones aren't carrying bombs. How will it do that? And if you change clothes in Drone Valley, make sure to shut your curtains...at least, if you're the modest type.

Noah Smith is an assistant professor of finance at Stony Brook University and a freelance writer for a number of finance and business publications. He maintains a personal blog, called Noahpinion.

Boyhood dream was sailing, but property became his passion
BUSINESS