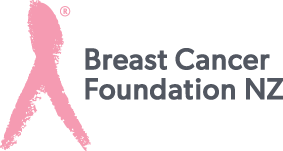 New app for women aimed at keeping them alert to changes in breast health.

An app allowing women to use their phone to 'self-check' for signs of breast cancer will soon be available in New Zealand.

The app, known as Pre Check, has been developed by Breast Cancer Foundation NZ and will show women what any one of the disease's nine symptoms looks like by using on-screen sight, touch and audio cues to help in the search for signs.

When a symptom is 'found' the app alerts users by vibrations and pop-ups, encouraging them to learn more about the symptom - and to look for other signs.

The foundation's chief executive Evangelia Henderson says the information in Pre Check has been available before, but the app demonstrates what a symptom is in a different, digital way.

"It is a significant new wellbeing tool for women in New Zealand and is an innovation that empowers women and gives them confidence to take control of their own breast health," she says.

However while the app allows people to explore the symptoms of breast cancer, Henderson says it is not a breast screening or scanning tool, nor can it simulate how a symptom feels or provide exact replications of breast cancer signs.

Rather it is a way for women to 'know your normal'. "If it encourages women to be more alert to breast changes and to see their doctors earlier, it will certainly save lives," Henderson says.

In New Zealand 3300 people are diagnosed with breast cancer every year and on average it causes more than 600 deaths. Although 70 per cent of those diagnosed are aged over 50, breast cancer can occur in younger women too, with around six per cent of cases occurring in those aged under 40.

For this reason younger people are among the targets of Pre Check: "They often think breast cancer occurs only in older age-groups, let alone knowing what a symptom is," says Henderson. "Pre Check shows what a symptom looks like, puts it in a digital form and into people's own hands."

She says the foundation urges everyone over 20 to 'know your normal' by being breast aware at all times: "We urge all women of breast screening age to stay vigilant between mammograms and the beauty of Pre Check is that it puts vital information, quite literally, at people's fingertips.

"Because it's totally portable, you can check whenever and where-ever it suits," Henderson says. "If your phone is waterproof you can even do it in the shower.

"It's such a great way to be proactive with your breast health and because it's accessible to everyone, it transcends age, cultural background, income and educational levels.
"Breast cancer is most treatable when it is found early, so early detection is your best protection. That's why it's vital to know the signs – and if you notice any changes, see your doctor immediately."

The Pre Check app uses a sensory mobile interface and leverages the power of touch, sight and sound to help women gain a better understanding of symptoms. Each symptom has been created using different types of haptic (touch) feedback technology allowing users to feel around the screen in search of signs.

The app also features an easy-to-follow visual guides to teach women how to do a self-check while personalised monthly reminders ensure these self-checks become routine.

The Pre Check app can be downloaded free from the App store or Google Play. For more information go to: www.breastcancerfoundation.org.nz/precheck

'How on earth is everybody surviving?'

How to take control of your life

It's bird-eat-bird on Kāpiti Island